We knew Chelsea would be a tough opponent, and their greater quality shone through. But even in defeat, there are five things that Rob has considered... 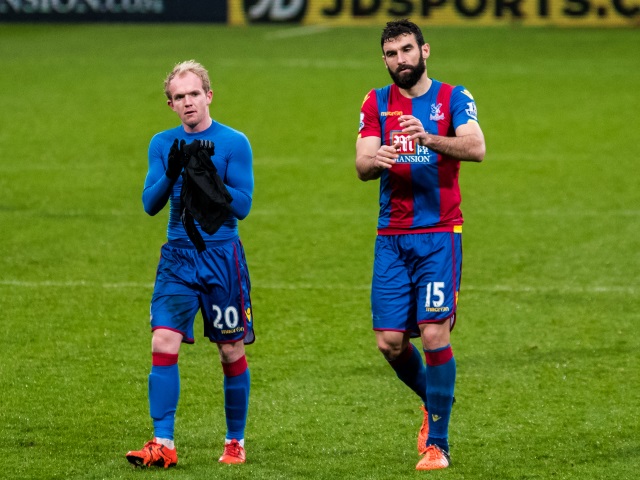 We're not a top-five side. Yet.

We all know the trend in British sports writing and punditry - hype it up, then tear it down. The aftermath of the Chelsea result saw myriad journalists do their best 'see, told you they weren't good enough' turn-around, as if there was something profound about doing so.

The reality is, we're not yet a top-five side. We don't have the depth in the squad to be. While other teams in our position have an underlying quality to support their first-team endeavours, Palace don't. Yet. It takes years of recruitment, investment and revision to create a side capable of competing in the top half of the table. We're still only a year into a top-ten challenge.

Another centre mid would be ideal

It's clear that Palace need a little more quality, verve and creativity in the squad. While much of the focus will be on our lack of a goalscoring striker, reports suggest that a midfielder might also be a priority.

With Yohan Cabaye out of the side a number of times this winter, it's easy to see why Alan Pardew might be tempted - there was a distinct lack of temperament to the way we played through the middle.

Some of the world's best midfielders would struggle against World Cup winners (whether out of form or not) like Cesc Fabregas or Brazil is internationals like Oscar - but the extra class that Cabaye brings to the side is notable.

There's a good chance that the arrival of one midfielder might signal the departure of another - possibly even two - with Mile Jedinak and Joe Ledley possible departures. Jedinak has suggested that he sees no reason to leave, while Ledley will want to cement his place in the Wales side prior to Euro 2016.

Whatever the case, Pardew will have an interesting January to ponder arrivals and departures.

The Premier League is competitive, but financial dopers prosper

Chelsea are a remarkable example of how financial doping can manipulate and contort competition. Willian, the winger who scored a stunning goal in the second half, cost Chelsea more than the entirety of the Palace squad that faced them on Sunday.

Premier League football is competitive. Recent TV deals mean that sides like ours get a larger slice of the money pie, meaning that we can sign players we wouldn't have imagined to have competed for previously. Yet sides like Chelsea essentially skew the truly competitive nature of the sport.

Palace can take some shortcuts to build infrastructure. A new stadium will aid our transfer activities on the pitch, long-term. Greater TV money will, too. FFP however means that Palace can't just spend a benefactor's money on players we otherwise couldn't afford. Not so for Chelsea. Not so for Manchester City. There is a financial glass ceiling and against Chelsea, Palace had a peek through it.

The Premier League is competitive. It's just more competitive for some than it is for others.

A weak referee gave impetus to a strong Chelsea side

Have no doubt, this Chelsea side deserved to win. They were more incisive, had greater quality and took their chances. However, the refereeing performance must be highlighted as a contributing factor.

One of Chelsea's most impressive players was John Obi Mikel, who played with the kind of commitment and aggression that the same side lacked under Mourinho. He was also a player who committed two serious, booking-worthy fouls in the first half. The second might not have followed had Kevin Friend, the match official, shown a little more conviction for the first foul. And with a booking, Mikel might have been a little more tempered in his approach.

While a referee can't directly contribute to a team's performance, an inability to enforce the law of the game for one side, while punishing the other for all of their discretions, gives the unpunished side an advantage. Cynical, finicky fouls were committed by both sides, but only Palace saw bookings. It made for a frustrating experience at Selhurst Park.

We expect too much of Campbell

You could argue that expecting anything of our backup strikers is asking too much, but there is clearly a sense of desperation among the support when Fraizer Campbell's name is read out.

There needs to be a reality check however. Campbell hasn't ever really been a prolific striker. He has barely featured for Palace this season, only called upon when there aren't any alternative options.

So the question is - if he's not pushing for a starting place when the squad is at its fittest, why have any expectations of him when he is needed? Footballers are generally known to need a run of games before really hitting their stride - something Campbell hasn't had the benefit of, and even with a run of games, you'll know that he won't be prolific.

It's not a slight on Campbell. This is a player who has, at times during his career at Palace, scored a few crucial goals. His work-rate and effort can't be criticised either. But those bemoaning his lack of goals are asking something of him that he hasn't done for a long time.