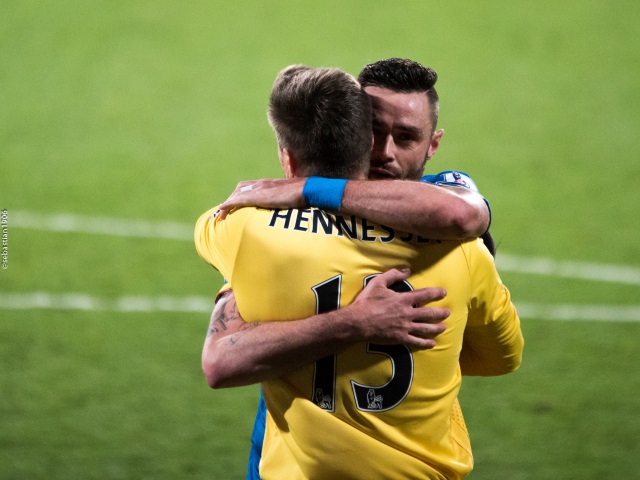 Returning from South Wales with a point firmly in the hands of the Eagles felt like a win considering recent form.

The last point in the league came at home against the same opponents to see out what was a fantastic year for the club but few would have predicted how things would change.

The point is significant as Palace move off the 31 points they have been stuck on for almost six weeks. It remains to be seen if that point is the catalyst for a change in fortune but there is no doubting that it is a real shot in the arm to the players who have visibly struggled of late.

A mixture of lost form by certain players along with a growing injury list that has been a problem all season could well begin to ease a little as we head into a home fixture against Watford.

While the fortunes on the field of play have been tough for the players, their performances on social media have been strong. An image posted by Yohan Cabaye of the players on their trip back to Selhurst after the game at the Liberty Stadium says an awful lot about the good feeling among the squad. When Emmanuel Adebayor signed, all the players stood a free kick mannequin donned in Damien Delaney’s dodgy clothing choices with the quote ‘welcome to our new signing’.

Some fans may not like this kind of thing by the players, questioning why they should be allowed to have fun during such struggles in the league but I consider it an important part of team bonding and it is an awful lot to do with the way that we play, a real team ethic, playing for each other.

Hopefully some of that will return to the pitch again soon, and I believe that it will. The precious point gained away at Swansea stops the rot and will no doubt boost much needed confidence. There have been signs lately of a return to form, the loss against Spurs was disappointing but before they scored their second Palace really had a go at them and should have scored. The win over Stoke in the cup was another sign of things to come and at times against Bournemouth, Palace showed enough to beat them.

The introduction of Adebayor has been openly welcomed by the players and it looks like he has slotted in to life in South London well. There is a real hope that he will contribute with goals but his experience and wealth of know-how on the training ground could be priceless.

It has been the worst injury crisis that I can recall as a Palace fan. While you can perhaps compensate for one or two first choice players out, any more than that becomes tough to replace like for like in terms of quality. Many thought Palace had one of the best squads ever seen at the club going into this season but the absentees have been sorely missed.

Fact remains, the first choice eleven were soaring high in the top four earlier in the season and there is no reason why once those players are all back fit, form will return along with a welcome climb back up the table.

There is also the small matter of a second successive fifth round FA Cup appearance so while there has been a lot of doom and gloom banded around of late, it really is not that bad.

It could be a whole lot worse. Just take a peek at our South London neighbours ....