Should Adrian Mariappa get more playing time at Crystal Palace? 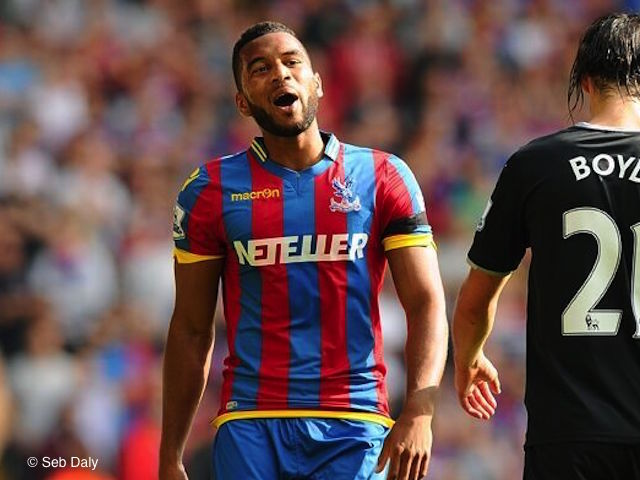 Earlier this week the Daily Mirror decided to round up players at Premier league clubs who are underrated, and put forward the idea that some of them might be worth a punt at their respective clubs. For Palace the name they came up with was that of Adrian Mariappa, a forgotten man at Selhurst Park this season who has ended up playing more football at international level than he has for his club.

Mariappa arrived at Palace under manager Iain Holloway on transfer deadline day back in September 2013 as one of his many signings during his scattergun approach to players at that time. When Holloway departed he was inherited by the incoming Tony Pulis and by the end of that season had turned out in 24 Premier League games, ironically scoring his only goal in Holloway's last game the awful 4-1 defeat at home to Fulham in October.

Up until his arrival at Selhurst Park he had primarily been used as a centre back for most of his career at Watford where he graduated through their youth system (starting nearly 250 first team games), playing as a right back when he was younger. He then continued in the middle for all of his time at Reading during 2012-13 when he appeared 32 times in all competitions for the Royals.

Palace and Holloway (then Pulis) had other plans and saw him as a right back to provide both cover and competition for Joel Ward, and since then that is where he has appeared for us in all of the 45 league and cup games he's played since his arrival.

This season his appearances have been restricted to 3 starts in the league cup at right back, alongside a PL appearance there in the 1-0 defeat away to Leicester, where despite the scoreline Palace lost only due to a mistake from Brede Hangleand. He's been a non appearing sub on the bench 12 times keeping it warm, and in the meantime has been regularly starting for Jamaica in their World Cup 2018 qualifying games.

The question is with Palace on a shaky run for the whole of 2016 so far, surely it's worth seeing if a change in defence (which has been a major problem the last few months) and bringing back Mariappa would be worth a go?

Joel Ward has been on a shaky run of form probably since he scored away at Chelsea and has regularly been caught too far forward of late or out of position. He's also had a tendancy one or twice to get sucked into the middle. Now this could of course be manager's instructions and the way he's setting the team out.

But what Mariappa would offer as a change potentially is a bit more stability on the right. He's not prone to the raiding runs that Ward (and Souare on the left) will go on, and generally sticks to his guns in a positional sense. That's not to say that he's slow as he can also break forward and cross, but seems safety conscious first about his main duty on the pitch before committing himself further up the attack.

He may not be the answer to all our problems of course, but it's an option that Alan Pardew doesn't seem willing to consider, even if things are switched on the left with Joel Ward or Martin Kelly appearing there. Then there's also the fact the defence are leaking silly goals through loose marking, as was seen recently in the Leicester home game. Like Kelly, he was a centre back so also offers an option there we haven't seen at all that could be considered.

With Adrian's Palace contract up in the early part of next season, it's likely if he doesn't feature soon that we've seen the last of him and at a time when we're crying out for some defensive solidarity, it could be a shame he's not given a go.