Euro 2016 scouting: An Irish midfielder that would be perfect for Palace

Euro 2016 is into the knockout stage and our scouting continues as a knockout midfielder has caught Carl Mortimer's eye. 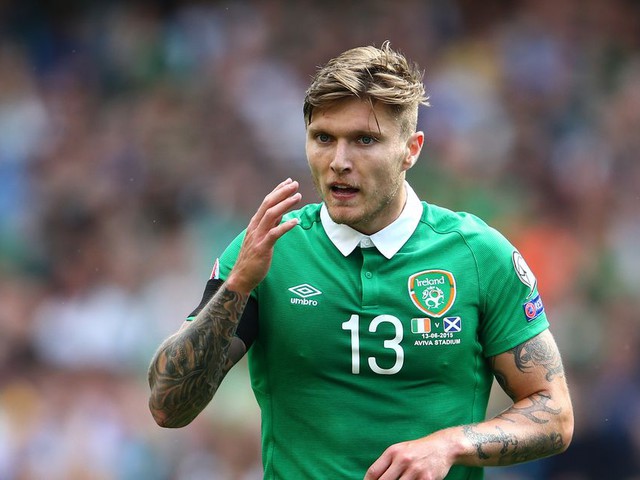 "He's definitely been a massive plus to us, in terms of getting up and down, getting his tackles in, keeping the ball when he can, keeping his composure and then also trying to score goals for the team."

Those words are from Republic of Ireland legend Robbie Keane and they may not have been believed by a lot of people at the start of the Euros but he is bang on the money right now.

Hendrick has been one of the stand out players in the Irish team, he always seems to be involved and has been very unlucky not to score, smacking the bar against Sweden and missing the top corner by an inch against Italy.

Wondering what the contrast between his Euro 2016 form and his club form was, I got an inside view from Joel, an avid Derby County fan who also runs a Derby Podcast channel. (Twitter: @dcfcpodcast)

He said; "Hendrick has played five full seasons at Derby now, all of which have been marred with inconsistency."

"Hendrick seems to have more room to operate in (for Ireland) and drives forward into attacking positions. Is it the presence of Martin O’Neill and one of his idols Roy Keane? Is it the fear of a complete rollocking from bad cop and bad bad cop that has seen him reach these levels?"

It all sounds very promising, but also like his hero Roy Keane, Jeff Hendrick is no stranger to confrontation as at the moment he is playing with the distraction of an impending violent disorder trial over an alleged incident in which a football coach suffered a broken jaw in October, 2013.

Joel continues: "Hendrick is now 24 and there is a sense that he has plateaued. What we are seeing at Euro 2016 is Hendrick at his absolute best and whilst this has been great to see the evidence would point to his form subsiding once again. It probably says a lot that in five seasons with the first team, Hendrick, a predominantly attacking midfielder, hasn’t scored more than seven league goals in a season."

Hendrick can clearly mix it on the big stage as this tournament has shown and with Derby maybe having to sell due to FFP he may be a good young player to have in the squad as Palace are lacking in genuine quality in that central attacking midfield area.

But on the flip side, why has no one has taken a gamble on him yet? Is it because of the off the field antics? Or is it down to him being too inconsistent? Whatever the case, these Euros have shown that there is a talented player in there somewhere but is someone willing to take that gamble?.