Will Christian Benteke be a success at Palace? We ask Liverpool and Aston Villa fans

Liverpool and Villa fans obviously have very different views of Christian Benteke but after the Belgian's £30m move to Palace (yes, really!) we asked them both for their views on how he'll get on at Selhurst. 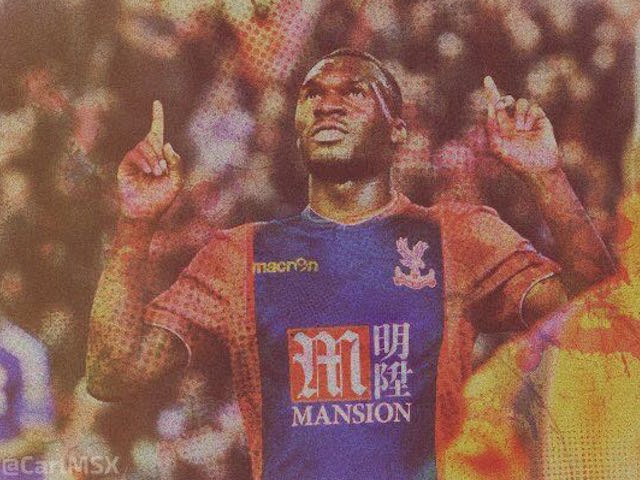 Well Palace I am currently rather jealous. You have signed a very exciting player who has the ability to win games for you single handedly. If it weren't for the big man we would of been relegated 3/4 seasons ago. He could be the perfect signing for you with the service from Townsend, Bolasie, Zaha or Sako he will be frightening.

Obviously you get his ariel ability where he very dangerous but what he doesn't get the credit for which he deserves is his technical ability and he is a brutal finisher of the ball. Demonstrated against Palace in December 2014 pinching the ball off of Scott Dann and curling the ball past the keeper.

Brendan Rodgers bringing him to Anfield was always a very strange move. Not just for him but for Liverpool. He was never fit for that club. First of all, LFC don't play with out and out wingers so he was constantly starved of service. Secondly, the pressure for him to bring instant success was huge at anfield and he had big boots to fill with Liverpool after losing Luis Suarez and he is a totally different to the stereotypical Liverpool striker i.e. Dalglish, Fowler, Owen, Torres and Suarez.

Christian thrives on being the main man. At Villa we relied so much on him with the correct service he is brilliant. Mark Albrighton assisting him on a regular occurrence who shows many similarities to Wilfried Zaha with raw pace and good deliver.

You guys owe Mr Pardew a pat on the back and I hope he tears Liverpool to pieces in front of the Kop for you next season.

Big Bad Ben arrived at Anfield with a reputation and a price tag to match. Many Liverpool fans had witnessed firsthand just how devastating he could be as he terrorised the Reds backline on more than one occasion while he was at Villa. A dominant centre forward on his day, he was bought with the intention of being Liverpool's very own Didier Drogba.

He was always going to be up against it though because, despite having a variety of strengths, he's fairly limited and to really get the best out of him you need to play to his strengths. Liverpool were never going to tweak their tactics enough to completely suit the striker due to the fact it would have stunted both Philippe Coutinho and Roberto Firmino.

On his day he's unplayable. It's just unfortunate for him that in the Red of Liverpool those days were scarce. He did get to showcase his talents in a win against Chelsea. In the game against the former Benteke came off the bench when the score was 1-1 and it was his introduction that turned the game at Stamford Bridge. Liverpool took the lead after a Mamadou Sakho pass from deep saw Benteke peel off to the edge of the area, bully John Terry in the air, knock the ball down into Coutinho's path and the Brazilian fired home. The Belgian rounded off the win with the third goal having picked the ball up just inside the area, power past three Chelsea defenders and calmly fire the ball home. He looked like a £32.5 million player in that cameo appearance as he battered the Chelsea defence.

Although his season at Liverpool is seen as underwhelming due to the lofty expectations that go hand in hand with playing for a club with such expectations his goals did earn the club 16 points in the Premier League. He also scored the winner in five matches last season and that was in a team not playing to his strengths. His stats at Liverpool are almost identical to those at Villa. He scored a goal every 167 minutes he was on the pitch.

Liverpool's build up last season was slow and pedestrian, not many got many players played ahead of Benteke when the team transitioned defence into attack. If he plays in a team suited to his style, one that puts crosses in the box, makes use of his aerial dominance but one that doesn't isolate him and has players supporting him when the ball is played up, then he's bound to score you goals. He's one of the few players in the league that can almost guarantee them. With players like Zaha, Bolasie, Townsend and Puncheon playing around and beyond him they all could be a handful. He's also more than capable of making the most of Cabaye set-pieces. On paper it's a match made in heaven.