It's actually happened! Christian Benteke has joined Palace, but how will he do? We get the lowdown from legendary Liverpool podcast The Anfield Wrap. 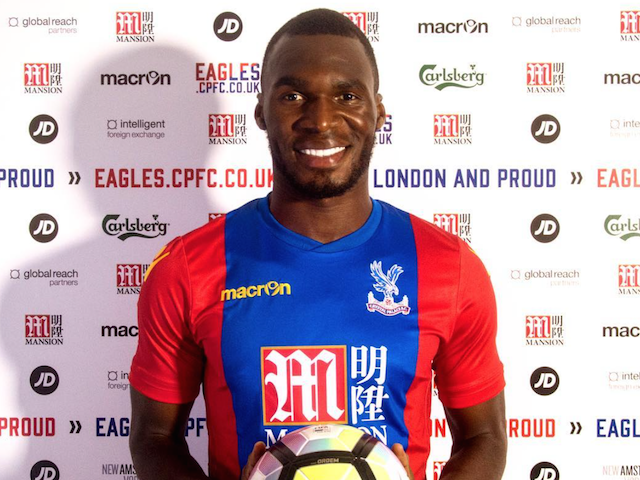 1. Christian Benteke arrived at Anfield with a great reputation as a goalscorer - what happened last season?

Many of those goals were crucial too in terms of winning points. I think it was a strange one for him in that the manager who bought him – Brendan Rodgers – was sacked by October. Had Rodgers had the chance to continue, maybe Benteke would have had more opportunity to integrate, not least as it was a player he had pushed Liverpool to pay £32.5m for. As it was, under Klopp, it was clear the player wasn’t at the forefront of his thinking.

2. What would you say are his strengths?

Aerial strength is the obvious answer, as is his power. He’s also a confident finisher on his day. We saw that confidence fade away at Liverpool and his finishing suffered as a result, but if you look at some of his finishes earlier in the season, he scored an absolute worldie at Old Trafford, he finished coolly at Stamford Bridge when it would have been easy to snatch at the chance and he scored another belter against Bordeaux. He’s alright on penalties, too…but you know that!

3. What are his weaknesses?

Based on his time at Liverpool, a feeling that he isn’t ruthless enough. But again, in his defence, that may be a confidence issue. He missed a few sitters last season, which didn’t help in winning over fans. Benteke also seems to be a force to be reckoned with when he has the bit between his teeth and is determined to make a point. We saw ‘angry Benteke’ a few times with good effect - he probably needs to find that version of himself more often when he takes to the pitch.

4. How do you think a team needs to play to make the most use of him?

Fairly simple one that, provide good crosses into the box. He thrives on them. I think if a team is set up to suit him, and he is happy and in the right place mentally, he is a force to be reckoned with. He can score different types of goal, too – he’s a decent poacher, as well as being capable of the spectacular.

5. He seems to have fallen out with Klopp - is that indicative of a character flaw or just a difference of opinion?

I’m not sure they fell out as such – more that they frustrated each other. Benteke didn’t seem to follow Klopp’s instructions at times, and that’s why we saw some on-pitch histrionics from the manager aimed his way. Benteke also had the clichéd whinge while on international duty about his situation. I don’t think that’s particularly something to worry about though.

It’s more concerning when a player is happy to just pick up wages regardless of whether he is in the team or not. Benteke wanted and expected more game time and that’s not unreasonable.

6. What do you expect of Benteke at Palace? Do you think it'll click?

Don’t see why not. He’s hard to stop on his day and played regularly he will get goals. I’m sure Alan Pardew is desperate to coach his ‘diving’ out of him, too! (Sorry, couldn’t resist).