Crystal Palace 1-1 Bournemouth: Who was the star man? 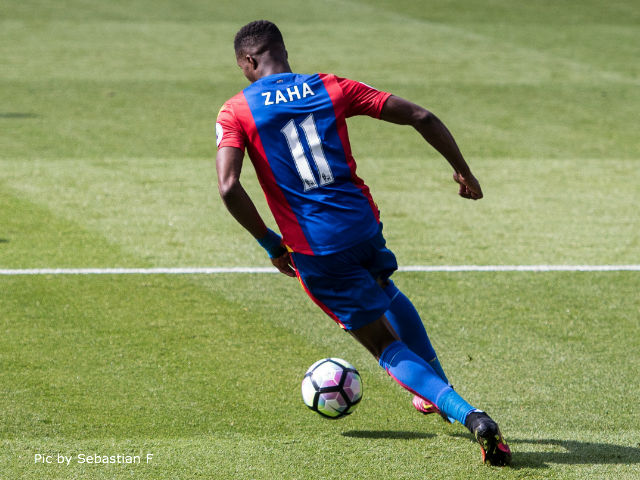 One thing we all know as Palace fans, is that nothing is ever simple, and what a masterclass of making things difficult were we treated to on Saturday.

We welcomed an equally disappointed Bournemouth side to Selhurst Park and well, to say they were better than us in the first half is an understatement. They ruined us, they made us look straight out of league one. Saturday's first half performance has to go down as one of the worst I've seen Palace perform.

It all began with Delaney being put under pressure deep in Palace's left flank leading him to loose possession and eventually give away a very Delaney'esque foul. We yet again showed how terrible we are at defending set pieces, well, by defending a set piece terribly. Benteke's clearance wasn't met with any urgency and Arter had all the time in the world to deliver a class ball in to King who slot past Mandanda.

A few minutes later yet again we were put to disappointment with Cabaye's abysmal penalty effort. Many negatives I know but that first half was well and truly negative. An abandoned 4-4-2 system displaced our midfield and put us under too much pressure, both Cabaye and McArthur weren't fit enough to start hence our midfield being torn to pieces. Delaney gave away not one but two completely avoidable fouls.

Now on to positives. That second half was bloody amazing. I haven't seen us play with that much intensity in the league since the good old days of 2015, we ran Bournemouth ragged and showed the difference between an established Premier League side and relegation contenders.

Benteke showed us why he's our record signing, his touch, strength and all round presence steps us up to another level. You can already tell that our new boy is going to do wonders for us. Souare was prolific, bombarding the box with crosses and had a shot just go by the post. His pace and desire to go forward done us wonders in that second half and kept the pressure on struggling Bournemouth.

The two substitutes, Zaha and Chungy were fantastic. Zaha as usual was unstoppable down the right hand side and was delivering some outstanding crosses across the box. Chungy is now safe to say a credible threat, it seems as if he has now adapted to Premier League football and is looking stronger and quicker, he too was brilliant for us in that second half. And how could I forget our front cover man Scott Dann, providing Pardew with what could be a very valuable get out of jail free card.

But my star man for Saturday's game has to be Jason Puncheon. He was outstanding, he was our only spark of creativity in midfield through the whole game and portrayed the leadership and ferocity which we thought we'd lost on Jedinak. He also got the assist which relived every Palace fan from facing yet another spoiled weekend. Punch showed that he can play wherever, putting in 100%, and shining traits of his quality 14/15 season.

Now let's try and endure the ever exciting international break and look forward to seeing our boys in red and blue take on Middlesbrough at the Riverside, to which I'm sure will be a class game.