'He’s just too good for you' sang Palace fans, and Wilf's work made the difference on Saturday says Alfie Davis. 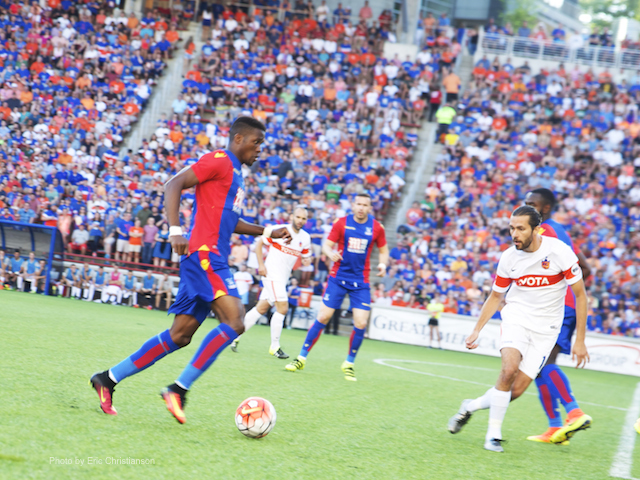 Away from home with the pressure on without a Premier League win, the Eagles travelled to the Riverside Stadium hoping to come away with the proper result – and produced an entertaining display that gave us an invaluable victory.

Similarly to previous starting line-ups, James McArthur started the game in a holding midfield role alongside Joe Ledley in Yohan Cabaye’s absence. This gave Jason Puncheon the freedom to roam in a more forward-thinking position, while Andros Townsend and Wilfried Zaha rampantly charged down both channels, causing mayhem for the Middlesbrough full-backs.

After end-to-end exchanges, both sides came close to breaking the deadlock and produced an enthralling match, with the ball at either end of the field every few minutes. Interestingly, both sides produced chances to go ahead, but Palace drew first blood as Christian Benteke bullied Daniel Ayala to leap forth and head home Zaha’s precise cross into the opposite corner.

An impressive, attack-minded display from Palace in the opening twenty minutes had Middlesbrough rattled, but Ayala soon redeemed himself and notched a headed goal to level the scores. An opening half where our side had shown the most forward threat all season looked promising; we went into the break with a slightly unflattering scoreline given the balance of the first half. But almost immediately, Zaha made an even larger impact on the tie, and alertly got onto the end of a mistake to then rifle home a clinical left-footed effort past Victor Valdes. The impetus from the side until the second goal was based on attacking football, with the target man approach of Benteke and the lightning pace of Zaha, we were a force that troubled the home side.

However, the game shifted, and the substitutions made by Middlesbrough had a large influence on the course of the game. Alan Pardew’s side were forced to grind out a real defensive performance in the latter stages of the contest, with the final 40 minutes spent protecting the lead. The change in motivation from some forward thinking players such as Zaha and Townsend was clear, and they often didn’t shy from their defensive duties while the side dealt with the ever increasing intensity of the Middlesbrough attack. The defensive tilt was confirmed as Benteke was substituted for his younger brother for his debut, while Mathieu Flamini also made his first appearance for the side.

Often under pressure from the home side and crowd, officials made numerous decisions that benefitted the visitors, with handball claims and a free kick decision in the dying moments that could have gifted Middlesbrough a penalty and a point salvaged. However, the resulting free-kick was defended well and we took away three points that were well deserved given the stand out performances of Benteke and Zaha. With our next fixture against a Stoke side that lost 4-0 at home on the same day, we can take confidence going into Sunday’s match.