Why didn't things work out for Alan Pardew at Crystal Palace?

He's gone but why did it all end so badly for Pards at SE25? Naveed Khan tries to work out why... 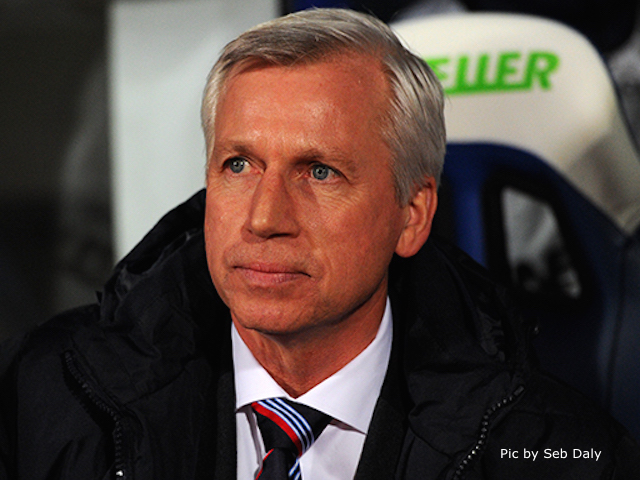 ‘When you’re the King, you can do anything’ – except, that is, survive in a job after a torrid twelve months which included just six league wins, singling of players out after games and, of course, a sideswipe at the American owners.

It’s only two years since it was speculated that Palace could be set to pay Newcastle United £2.5 million in order to appoint Alan Pardew manager and rarely has the fan base been so united behind an appointment. An established Premier League manager with experience at three top-flight clubs looking to leave a bigger club higher up in the table to come and join Palace. On top of that, a connection with the club lasting a quarter of a century – it seemed to be a match made in heaven.

His start as manager in the league, a 2-1 win over Spurs, was a sign of things to come over the next six months. A reliable defence, a counter-attacking threat and putting Jason Puncheon at the heart of everything positive. Memorable wins over Manchester City and Liverpool, Wilfried Zaha and Yannick Bolasie excelling and Scott Dann rising to prominence.

Even during this run, there were signs of Pardew seeking to change things and some experimental tweaks. Back-to-back home defeats to West Brom and Hull including the use of Puncheon in a deep position for the first time, the substituting of Mile Jedinak in both games and the perseverance with Yaya Sanogo. Still, a 10th placed finish, a summer with the addition of Yohan Cabaye and the team ended 2015 in 5th place. The dream could be coming true.

Why did Pardew have to go? This image may help explain. #CPFC pic.twitter.com/vDkT6b8Oit

But the wheels came off, at least in the Premier League, and in dramatic fashion. 2016 started with a shortage of goals and mistakes creeping into the defence. While the FA Cup run was engaging, the league form was a concern in the forefront for many and there were question marks about the spine of the team – Wayne Hennessey appeared short of what was required, a new partner for Dann was sought as well as an attacking spearhead.

All of these positions were addressed in the summer window and despite ending the season with two wins in 21 games, with £50 million spent, the fans were again optimistic. And the goals have flowed (at both ends) and for neutrals and the opposition, there has been many an entertaining game. However, the statistics as 2016 comes to an end are damning. 28 points from 38 games being the headline.

Beneath this, other factors which demonstrate the reasons for this and why the decision for Pardew to go was entirely correct; the highest number of goals conceded from set pieces in the Premier League, among the lowest for ground covered per 90 minutes by the team, a high number of goals conceded approaching half-time and full-time. Pardew’s biggest issue throughout his two years has been the defence – just 11 clean sheets in 73 games is alarming and his talk of clean sheets not being a priority for him was the sound of a man in denial about the issues at hand.

Despite the high level of spending during his time here, the squad still lacks depth in crucial areas. The defence has lacked sufficient competition at full-back and has been horribly exposed by Pape Souare’s injury. Jedinak’s departure left a hole in the squad in terms of an enforcing midfielder and on-pitch leader and was not replaced. The squad also as inadequate cover for Zaha and Christian Benteke. The manager’s lack of prioritisation of this issue, particularly in defence, has been key in the team’s struggles.

There have been other indications that his time was drawing to a close – he has publicly criticised Chung Yong Lee, Andros Townsend and Benteke, he has questioned the footballing knowledge of the club’s American owners and has bizarrely claimed defending set-pieces has not been an issue despite statistics to the contrary. Despite his words, the results and manner of defeats have spoken for themselves; as Steve Parish has admitted, change is needed.

Perhaps fittingly, Pardew’s time as manager at Palace has been, to use a cliché, typically Palace. Hope, tangible optimism, a cup run alongside a league slump and in the end, the manager in an untenable position.

With all said and done, Alan Pardew gave Palace fans a wonderful 12 months in the league and five months in the FA Cup. He led a team which gave us hope and for many, their best day out as a Palace fan at Wembley. His departing statement shows an affection for the club and whatever some of us may have thought of him during the course of 2016, he has left with dignity and we wish him the best.

The King’s reign which began with a 4-0 win the FA Cup should, perhaps, have ended after defeat in the FA Cup final this year. Instead, we find ourselves looking for a new manager with the January window approaching; once again, on the hunt for a firefighter.

What do you think about Pards leaving? Comment below!