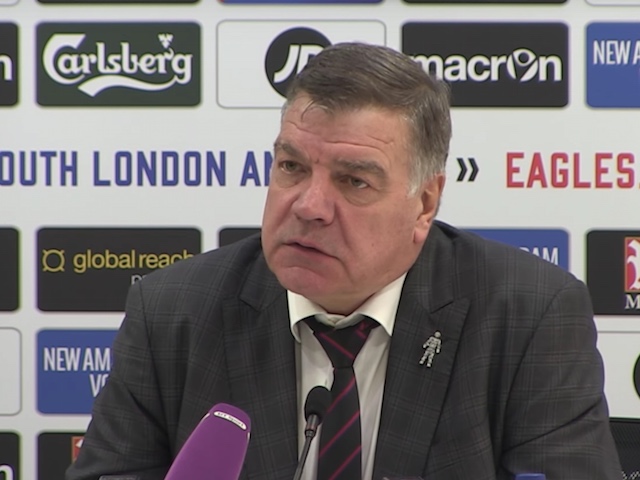 Sam Allardyce says he understands Palace fans' frustrations after the horrid capitulation against Sunderland on Saturday.

But now is the time for him - and the players - to show that.

Palace completely folded in the first half and went in at the break 4-0 down. A performance bad enough to bring rare boos from the home crowd, chants of "you're not fit to wear the shirt" and led to now fan invading the pitch to confront Damien Delaney.

Eagles fans have stood by their team after more than a year of poor form, especially at home, but frustrations have finally boiled over and while entering the pitch is obviously a criminal offence and never encouraged, Allaradyce says he does get it.

“A fan jumps on the pitch and Damien was the first one off,” he said. “I think it’s just whoever was first there, the fan would have run at.

“It’s an emotional game and fans get very emotional when they see us turn out the sort of performance we did. We don’t want them to react like that but in many ways you can understand it.

“Fans will show their disapproval when they’ve paid their money – not that way. The booing I expected and rightly so. But they shouldn’t be jumping over onto the pitch and confronting a player.”

One word sums up the entire club at the moment and Allardyce spelled it out after Saturday’s game: “Fear. Fear, Fear, Fear.” There is fear on the pitch, there’s fear in the stands and almost certainly fear in the boardroom. Fear of relegation. Fear that the last four year’s hard work will be undone. Fear that this is our chance and we are blowing it.

But if Allardyce gets it, now is the time for him to do something about it. He’s had time to bed in, he’s bought his players in, and spent the most of any Premier League side in January to do so. The board have clearly given him backing, way more than they ever did to Tony Pulis, but time is running out. 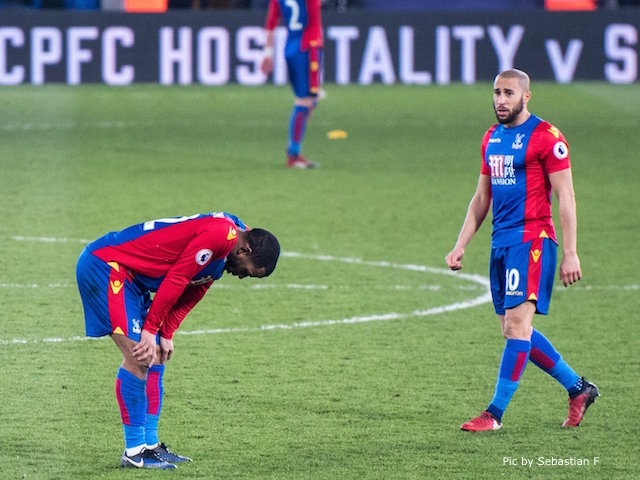 Patrick van Aanholt and Jeffrey Schlupp have already shown glimpses of quality while new centre-back Mamadou Sakho and defensive midfielder Luka Milosvejovic are yet to feature.

Sam said: “Luka is Serbian international midfielder, two good feet, good passer. He’ll bring a bit of stability into midfield which we need. Teams get through our midfield far too easy far too often at times. We saw that again today."

The next three games (Stoke A, Boro H, West Brom A) are huge and will probably define the season so Allardyce’s new boys need to hit the ground running and there needs to be a response to the Sunderland disaster immediately.

Sam agress. He said: "Living with the pressure of games like this, which I talked about after the Bournemouth game, would be clear for me to see. I saw the Swansea one and when that one happened I’d only just got here, we’d played only two days before, Swansea had had an extra day’s rest. We should have salvaged a point out of that then gifted it to them at the end."

He continued, pressing home his point that it’s now or never: "What I saw today re-enhanced what I saw against Swansea. Players not being able to do what they do well, what they showed how well they could do it at Bournemouth. Unfortunately the 11 didn’t show any of that type of form in today’s game.

“We’ve got to work really hard behind the scenes and make the players feel more comfortable when they go out to play here next time round.”