Brighton vs. Palace Highlights Many Issues for the FA to Ponder

Nicolas Berlinski takes a look at why yesterday's game was such a tepid affair. 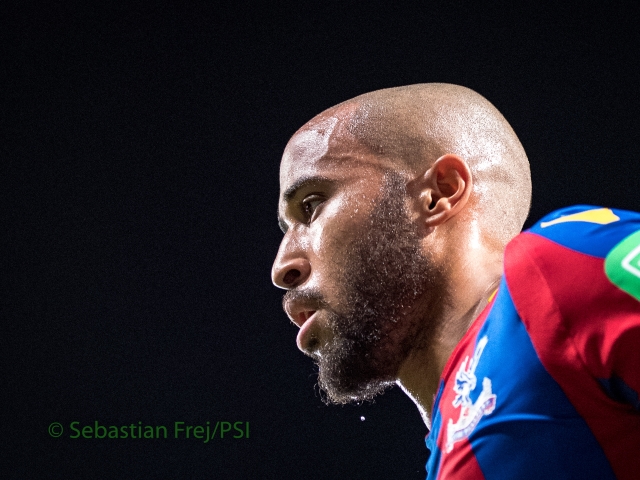 Strangely, the M23 derby didn’t feel like the M23 derby. Brighton’s Amex Stadium just wasn’t as up for the match, and really lacked the atmosphere of a heated game between two sides with a running history.

Unlike the Premier League fixture in November, the stadium was half empty, with the attendance at around 14,000 in the 30,0000-seater stadium. Both sets of fans had various hurdles to deal with regarding the fixture.

First, there was the fact that the match was moved to a Monday night kick-off in order to accommodate TV. This heavily complicated match day logistics and feasibility for fans, especially the away contingent, due to work, a phenomenon seemingly unknown to the Football Association whereby people work for an employer in exchange for monetary compensation, typically from Monday to Friday.

Palace filled almost their entire ticket allocation but the home section of the stadium was very sparsely populated. That greatly dampened the mood and drama of a deserving occasion. For the neutral TV-watcher, a Monday night clash in a half-empty stadium is unappetizing, no matter how many times the commentator mentions it’s a derby.

Also, many Palace fans were turned off from a trip to the Amex after Sussex Police’s widely criticized operation in the Premier League fixture. Many were denied entry into the stadium due to a small contingent of Palace fans that forced their way into the ground when police failed to prevent them.

After being herded around Brighton like sheep for more than an hour, supporters were held outside the stadium as the match went on for an hour and then kettled home without getting a chance to see the game. Sussex Police defended their actions by alleging that knives and knuckledusters were seized from fans, a claim they were later forced to retract due to it being blatantly false.

Another encounter with an incompetent Sussex Police force unable to prevent ticketless fans entering the ground and that falsely tarnished the reputations of both sets of supporters was off-putting.

Arguably the police’s issues were not the FA’s fault but the FA could have demonstrated some more sense by scheduling the match for a Sunday lunchtime kick-off, a time where fans might have consumed more alcohol and been more satiated than prior to a nighttime kickoff. Instead the FA took the TV channel’s sides and ignored what happened the last time the sides played on a weekday night.

Despite the police’s exaggerations there were certain fans that came with violent intention and the FA failed to find a solution that benefitted peaceful fans.

Then, there was the issue that the match wasn’t a spectacle. On both sides, rotated squads were played and many key players seemed run down from an exhausting holiday fixture list in December. The physical effect was noticeable in the slow and scrappy play. In the first ten minutes alone, Brighton’s Izzy Brown and Palace’s Jeffrey Schlupp went down injured and were subbed off. Meanwhile Andros Townsend suffered an injury later in the game that could also see him miss matches.

Last but not least, Virtual Assistant Referee was trialed in this fixture and so continued the developing comical narrative of VAR. Glenn Murray’s winner seemed to possibly have been a handball, regardless of whether or not it was handled, the refereeing team failed to consult their shiny new technology for something useful. Though the video was checked before the goal was awarded, an official review was not made in a controversial situation where it might have been employed.

Like Palace fans, the FA will hope to forget this match. Much is said about ‘the magic of the cup’ dying and, to be fair, the FA did their hallmark competition no favours in this third round tie.