John Bostock Has His Say - Is It Time for Palace Fans to Forgive Him? 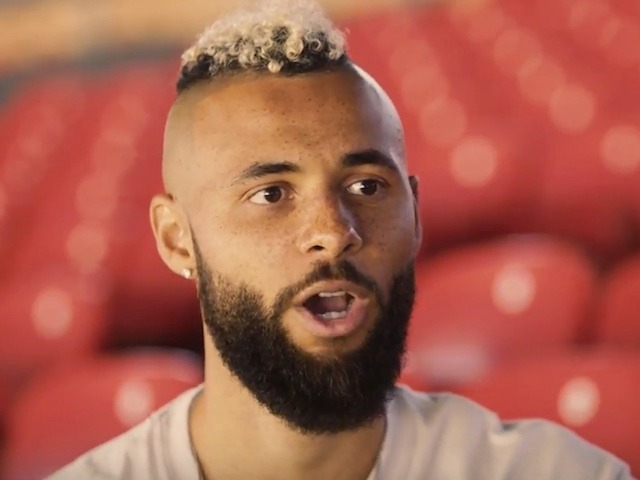 It's a line that resonates throughout John Bostock's entire interview with Chris Grierson and PalaceTV. A decision which changed his career path and which ostracised him from a club he loved, Bostock clearly still loves the club he spent much of his childhood at.
Some will ask what relevance his tale has now; why would he want to give his side of the story when it was such a tiny part of the club's history? Is he trying to find a way back to the club?
Bostock's story is fascinating because it's a microcosm of some of the challenges that young players face nowadays. Do you trust that the club you grew up with are fighting the same fight, or do you listen to your agent, family members and other influences and consider a move away?

Is it just a decision about money or about the opportunity that's sold to you? What if a big club offers a path to progression but then reneges on those promises? These were all questions that, as a young kid, Bostock was expected to answer. And when he did, and he moved to Spurs, his decision was understandably met with disgust by Palace fans who had hoped he would progress with them.
Bostock is candid. He talks about how the decision affected his relationship with his father, who advised him to move to Tottenham Hotspur. He talks about the abuse he got, and his understanding of why he got it. It's not just a case of him sweeping everything under the carpet. It's an attempt to wipe the slate clean, and he deserves to be heard.
His tale is fascinating because, upon his release from Spurs -- having had such a promising start -- he could have dropped through the leagues and his career might have just been a blip. A story of wasted talent. But his response has been to be a pioneer -- to stretch his wings and fly abroad -- gaining experience and a worldly understanding as a result.

Spells at Royal Antwerp and OH Leuven in Belgium followed. He then moved to then-relegated French Ligue 2 side Lens, where he impressed so much to win the League 2 Player of the Season award as they narrowly missed out on promotion.

A further move to Turkish side Bursaspor followed, and just this week he signed for French Ligue 1 side Tolouse -- who visit Selhurst Park on the 4th of August. His spells at Antwerp, Leuven and Lens saw him play nearly every fixture in their campaigns in three successive seasons -- when his entire career prior to those moves was underlined by a lack of playing time.
Bostock isn't asking for a return to Palace, although that's clearly an ambition he holds, but there's a genuine sense that he's asking for forgiveness. He says his decision to leave the club was his biggest regret, and his reaction to finding his seat in the Arthur Wait stand shows just how much he still loves the club.
Perhaps now, after all these years, he deserves what he's seeking -- forgiveness for the mistakes he made as a young, impressionable kid.
Tweet
back to top
Tweet