Is This the Renaissance of Wayne Hennessey at Crystal Palace?

Wayne Hennessey is a player who hasn't always been popular but is now seeing an upturn in support -- Bryan Davies looks at why that might be.

Few Palace players in recent memory have divided opinion like Wayne Robert Hennessey, but - whisper it quietly - he’s been pretty good lately, hasn’t he? As the giant North Walian approaches 100 Premier League appearances for the club, his form deserves acknowledgement.

There have been echoes of Hennessey’s previous red and blue peak, when eye-catching performances against Everton and Southampton in particular helped Palace to fifth in late 2015. Perhaps we shouldn’t get carried away, though: his nadir came soon after with that error in that game at Aston Villa - a match which signalled the beginning of the slow death of Alan Pardew.

Hennessey’s early season form mirrors his strong end to the last campaign. The value of consistency shouldn’t be underestimated, and his best displays have come when playing behind settled, well-drilled defensive units. The influence of goalkeeping coaches Martyn Margetson and Dean Kiely has evidently been significant, too.

Quality competition helps, and Hennessey has experienced both sides of the coin. Having pushed Julián Speroni to greater heights when signed by Tony Pulis, he now has Vicente Guaita breathing down his neck. There is no comfort zone or margin for error. Such are Guaita’s credentials, everyone knows the Spaniard will be in nets sooner or later.

Hennessey remains fallible. Of course he is - what goalkeeper isn’t? There are goals that better players might prevent, but he makes very few glaring errors. His positioning for the late concessions against Liverpool and Southampton has been questioned, but in mitigation he had been left exposed as the team searched for equalisers. 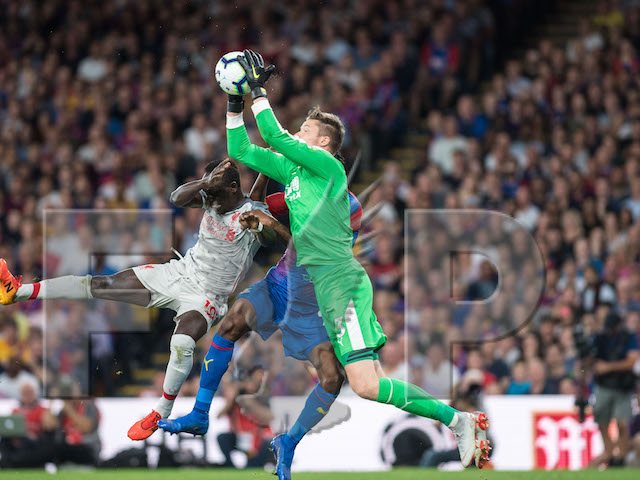 Positioning has never been a strong point. There have been questions, too, about his communication and the way he commands a box. He has been loud and clear thus far this term, though, his voice exaggerated by the deafening silence of a Holmesdale shorn of its Fanatics.

It is surely telling that Pardew, Sam Allardyce, Frank de Boer and Roy Hodgson have all shown great faith in Hennessey, often in times of high stress. Indeed, when planning for a season he never ended up presiding over, Allardyce was happy to pass on the signing of Asmir Begović, preferring to stick with Hennessey and direct funds elsewhere.

Some fans seem to believe, nonsensically, that fame and money insulates footballers from pure human emotions and vulnerabilities, but confidence should not be underestimated. Like Christian Benteke at the other end of the pitch, Hennessey has always struck me as a player who responds best to love and understanding. It’s one thing to be objectively critical, but quite another to jeer, ironically cheer, or post abuse on social media. In bigger picture terms, it is unhelpful in the extreme.

I have never understood why some Palace fans have seemed so personally affronted by Hennessey. Folk like scapegoats, I guess. Does his positioning for free-kicks really warrant wishing him a significant injury? Does a playful video from the Welsh dressing room really make him a c**t? Did he deliberately concede a raft of goal of the season contenders? Rational people know the rational answers to these questions.

Being the man tasked with replacing a club legend between the sticks wouldn’t have helped Hennessey’s cause. Perhaps he got off on the wrong foot by simply being the man on the end of Danny Butterfield’s wonderful, baffling six-minute perfect hat-trick. A popular member of the dressing room, he has never said or done anything to warrant the vitriol he receives from some quarters. He’s no Jordon Mutch. 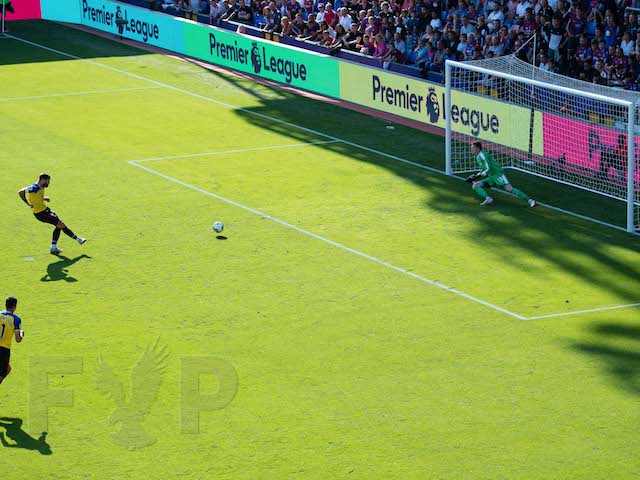 READ MORE: It isn't Just Zaha Palace Miss, They Do Not Win Without Tomkins Either

It should be noted that for Wales, in a settled and happy squad in which he is a much-loved senior figure, he has been dependably excellent for a number of years. Loyalty means a lot, and Hodgson’s faith will resonate.

There, too, is the broader issue of how goalkeepers are judged. They are a different breed from their outfield brethren, and have come to be viewed as such. The criteria is different, the frames of reference starker; there is no hiding place - one mistake tends to equal one goal, at times undoing months of hard work and goodwill.

There is also the question of what is expected of modern goalkeepers, with many old standards obsolete. The fear of punching is slowly eroding. Custodians are now expected to sweep and address the ball like an outfielder. Risk versus reward. The demands of coaches are changing, but are fan perceptions changing at the same pace?

Hennessey’s time at Palace has been mixed. He is nowhere near as bad as his biggest detractors claim, nor as good as his biggest acolytes suggest. Criticism is valid when it is commensurate, but likewise he deserves credit when he is playing well. From here there are two scenarios: he continues to perform well, or he drops off and is replaced by Guaita. It’s a win-win for Palace.