Palace Ponderings - A 1-0 defeat to Tottenham...again

Palace lost 1-0 to Tottenham for the fifth game in a row so here is Nav Khan with some Palace Ponderings.. 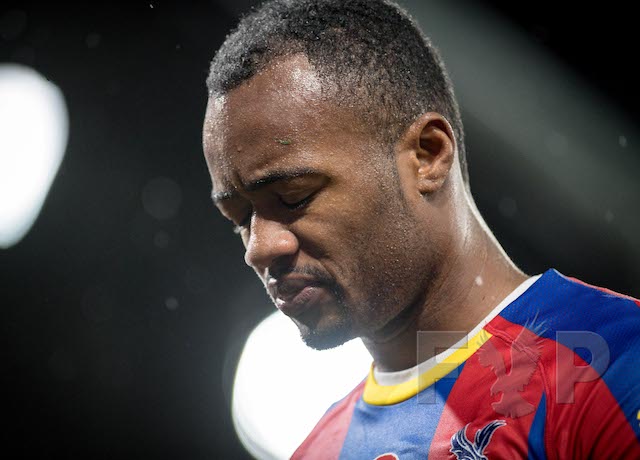 Going into the games against Arsenal, Chelsea, Spurs and Manchester United, little was expected by way of points. A good performance against Arsenal was followed up with a competitive display for periods against Chelsea and then a subdued match against Spurs.

While in usual context these are seen by many as “free hits”, given the poor results in most of the previous nine games, these are not free hits and points are needed. While some of the play has been encouraging, that is no longer enough.

The praise given to Palace for pushing these teams is not enough. Not getting thrashed is not enough. If we are to avoid a prolonged relegation battle (again), Palace need more than pats on the back for being competitive. We need points. Being brave on the ball and believing we can score would be a start.

2. Ayew’s Lack of Engagement a Real Cause for Concern

This is not a debate on Jordan Ayew’s ability; nor is it a way to dissect Palace’s transfer activity and polices around it. It is not even a discussion around the merits of his overall play against Spurs, which though lacking in key areas, was not in itself the biggest cause for concern on Saturday. It is about awareness.

It is about concentration. It is about wanting to do all you can to stop a goal being conceded. You don’t have to be a Premier League player to have these traits. These exist in anyone who has played a game, from the school playground to the World Cup Final. Ayew’s lack of movement in Spurs’ goal to that end was inexcusable. He didn’t read the game. He didn’t react. He didn’t move.

And, while it may not be true, it looked like he didn’t care. The reaction of the players around him said it all. The very least the team needs in a relegation is battle is for the players to do their upmost to not make mistakes even Sunday League players would be ashamed of. Ayew’s role in Saturday’s crucial goal is a cause for concern. 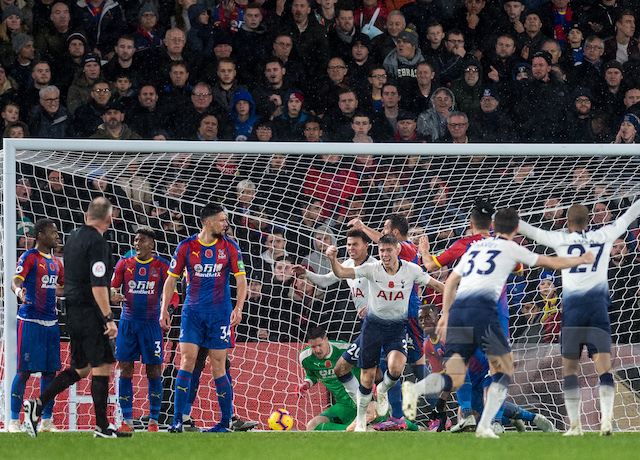 Much is discussed around the formations Roy Hodgson chooses to play and he often labelled “stubborn” or “old fashioned”. However, this season he has been pragmatic in formations. The team has played 4-4-2 with a target man with Wilfried Zaha. And 4-4-2 with no traditional forward. 4-4-2 has been used with one winger and three central midfielders or with four central midfielders across the centre. 4-3-3 has also been used at times.

However, his team selections have rarely matched his formations. He’s used 4-4-2 with players out of position and players on the bench who could fill those gaps. He has used 4-3-3 but with Ayew at the tip.

Roy’s persistence with James McArthur and inclination to use Jeffrey Schlupp from the start or a go-to sub is holding the team back from settling in to a formation and starting XI which can be consistent. With an international break upon us, Roy, Rey Lewington and the coaching staff have the time to work to get this right. 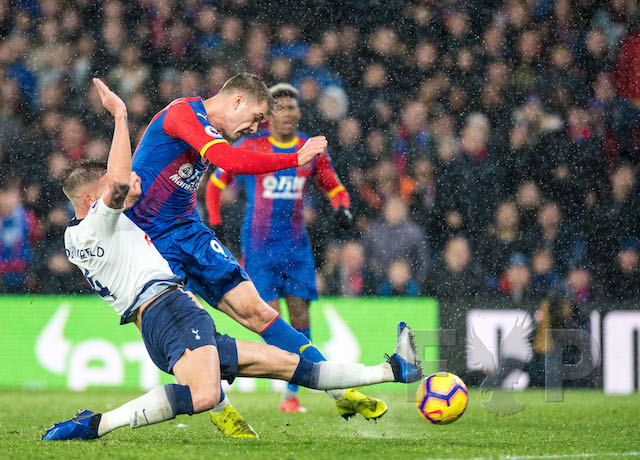 While Wayne Hennessey is much improved this season, albeit from a low bar, there is still little by way of organisation being done and the unit does not seen as tight as it was. Perhaps the time for Vicente Guaita is not far away. Max Meyer evidently has ability on the ball, looks to make things happen but is curtailed somewhat by the role he is being asked to play.

Ruben Loftus-Cheek grew into the role last season as a wide midfielder and hopefully Meyer can follow; however, he needs to shackle loosened somewhat to make that happen and if Wilf is not on the pitch, that is particularly the case.

It seems the penalty miss against Everton has had a profound impact on Luka Milivojević – the last three games have been his best of the season and it seems there is more to come from the captain.