A lack of goals, creativity and intensity has contributed to, yet another, poor start to a season in the top flight. Roy Hodgson has cast his damning hand of blame on the lack of options from the bench and injuries to key players, however, as manager of an underachieving side, he too should be held accountable.

“You don´t change a winning team” is a widely used cliché in the game. It is quoted on a regular basis due to it being a logical approach to team selection. However, Hodgson seems to operate on the basis of the opposite: “You don´t change a losing team either.” For such an underwhelming start to the campaign, Roy has resisted change.

He makes minor alterations to the team but only when his hand is forced. When selecting a team, it is reminiscent of someone playing FIFA; picking the players with the highest rating and crowbarring them into the starting line-up. The most recent starting-11 selections are objectively Palace´s strongest individual players (out of those who are fit) but in following this principle it produces a team consisting of four defenders and six midfielders, four of which prefer a central role. 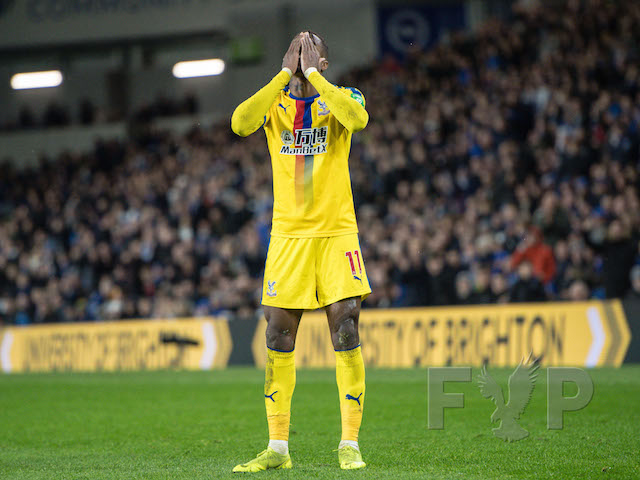 Yes, on paper it is the “best team available,” but when taking other factors into the equation, it can weaken the team as a whole and, as the league table suggests, that exact scenario is transpiring.

This is nothing out of the ordinary for Hodgson. Last season saw Ruben Loftus-Cheek as a winger and since he was played out of position, the England International delivered an underwhelming 12 crosses all season. Let that sink in for a second… 12 crosses from a player on the wing.

Luckily, Loftus-Cheek made up for this in other areas, but playing central midfielders on the wing can stifle certain areas of the game. Following the exact same blueprint is simply not working since Loftus-Cheek and Yohan Cabaye departed; Cheikou Kouyate and Max Meyer are not the same breed of player.

Instead of adapting the formation or tactics to suit the new arrivals, his robust 4-4-2 formation has subtly switched to an extremely narrow 4-2-2-2. The lack of width means Palace try to play “eye of the needle” passes in their build up play. A style of football that has never been synonymous of the Eagles. It also creates the bizarre circumstance where the widest players on the pitch are the two strikers. 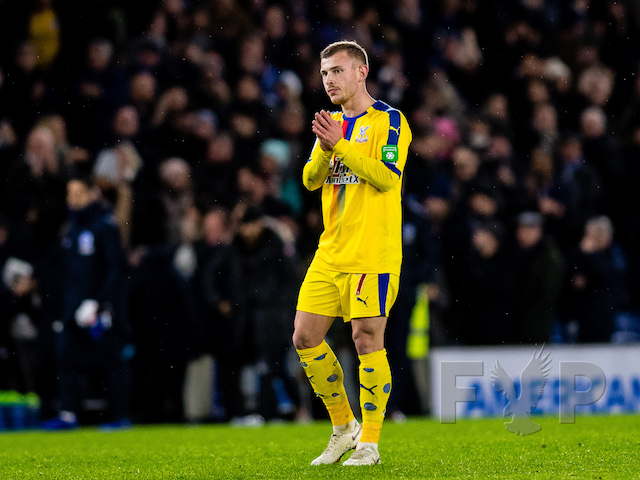 This leaves a gaping, "Benteke-shaped-hole" between the two opposition centre-backs. With no natural target man in the box, Palace´s attacking play has been predictable and riddled with unenforced errors. Hodgson may not have the desired options on the bench, but the players on the pitch are collectively under-performing. This is usually a sign of a larger issue than simply a few players “having a bad run of form.”

Hodgson will continue to absolve himself of any responsibility for the lack of progress and instead, suggest the question “what you would do differently?” It is a head stretcher that most Palace fans cannot unanimously agree upon, since there is not an obvious answer. Hodgson´s hands are somewhat tied in regards to his striking options; the consequence of lazy recruitment over the past few seasons has started to rear its ugly head. There is an issue regarding personnel, but this should not be the crutch that Hodgson leans on after every poor performance.

The paradoxically frustrating aspect is that Palace´s outing against Burnley demonstrates that this system can work. This sort of dominance is evidence Hodgson can use to persuade the team and the fans that victories can come with this setup. The only issue is that this performance was an anomaly, as this sort of dynamism has not been displayed since the Fulham fixture. A team with more ability could have punished Palace for all the squandered chances.

If anyone can turn this around, it is Hodgson. But a change of approach and mentality could be the answer, since the solution is not sitting on the bench… and he will remind the fans of the limited bench at every moment possible.