Football clubs are businesses. Money is the driving factor. Profit is the ultimate goal. That's what we've been lead to believe for so long -- but Palace are working hard during the pandemic to change perceptions. 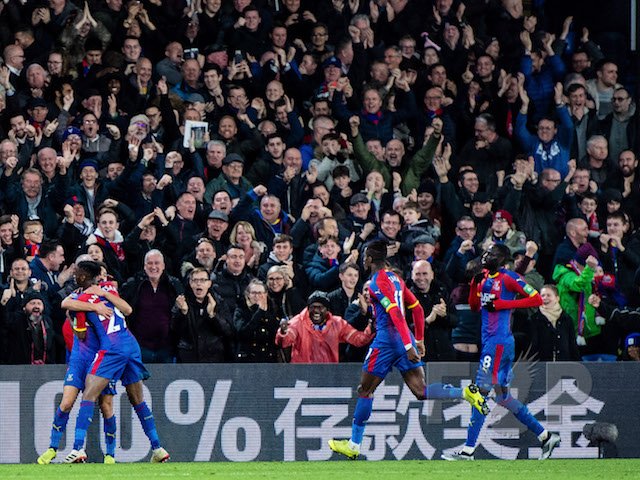 We've been convinced that, when push comes to shove, being a focal point in the community is a thing of a bygone era. That being a pillar for locals to support and lean on is not a core tenet of a club's existence.
However, what has become clear at this time of national crisis is that such a critical view of football clubs is based on presumptions rather than acts -- and Crystal Palace are proving this with their response since the season took an unprecedented break.
Palace have, like many football clubs, taken the lead in their communities taken the lead in their communities over the last few months to provide a shining light amid the darkness of this pandemic.
Whether it's calling elderly supporters in the local area to ask them if they need any assistance, donating protective equipment to the NHS, or providing food to care workers and the most vulnerable in the community, the club have taken steps to strengthen their roots in and around South London.

Our chefs are creating up to 900 healthy meals a week for frontline NHS staff, families and vulnerable people in South London, in a new project funded by the club and individual shareholders.#CPFC

The club's playing staff have also stepped up in recent weeks, with significant donations being made to Age UK and food banks in the area. Wilfried Zaha has also offered to provide accommodation to NHS staff who need it.
With Croydon currently being the hardest-hit community in London when it comes to the COVID-19 outbreak, with more than 1300 cases recorded in the borough and Croydon University Hospital recently surpassing 100 total deaths attributed to the virus, it's clear that the area is reliant on all the support it can get.
Croydon and the areas that surround Selhurst Park aren't affluent. With the help of Palace for Life, there are initiatives that offer support to those who need it most. The club have taken that approach as an entire organisation, reinforcing their role in the community and providing help when it's most critical.
With all the difficult news we've had since the pandemic reached these shores, Palace's actions are a good news story.
Tweet
back to top
Tweet