We go again. After a disappointing defeat in their opening home match against West Ham, Palace are still no closer to appointing a manager but on the pitch they travel to the Midlands to face League One side Walsall, who are without a league victory in four attempts, hoping to bounce back from Saturday's disappointment. They will be hoping for a handsome win to restore a semblence of calm around the club, but with caretaker boss Keith Millen set to name a number of fringe players, it will certainly be no walkover. 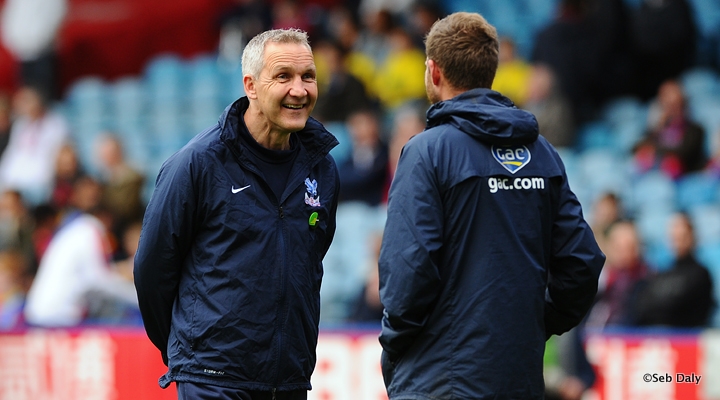 Jason Puncheon may return to the side following his one match ban after receiving a red card at Arsenal. Jonathan Williams impressed in a 30 minute cameo and Keith Millen may decide to give him a longer spell in central midfielder after Stuart O'Keefe picked up an injury against West Ham.

Scott Dann was forced off at the Emirates with an injury but is unlikely to have recovered in time to return against his former club, whilst Joe Ledley pulled up in the pre-match warm up on Saturday and is set to miss out.

Palace are likely to name a number of fringe players for the trip to Walsall, and the likes of youngsters Jake Gray, Hiram Boateng, Jerome Binnom-Williams and Sullay KaiKai could be included in the squad. Owen Garvan is also expected to be named in the squad despite his lack of action in pre-season and persistent injury problems.

The Saddlers will be without striker Jordan Cook through injury, while defender Ben Purkiss has not recovered from an ankle injury suffered during pre-season.

Midfielder Sam Mantom and defender James Chambers are both hoping to be involved, but it will be touch and go for the pair to feature against Palace.

Our pals from Bescot Banter give us the lowdown here.

What to expect from the Saddlers

Walsall season ticket holder Martin Evans talks us through what we can expect from Palace's trip to the Banks Stadium here.

Crystal Palace have won 28, drawn 16 and lost 16 games against Walsall in all competitions.

Walsall have a good record against Crystal Palace when playing at home as they have won 11, drawn 15 and lost only five games.

The Eagles have scored 36 and conceded 50 goals against Walsall away from home in all competitions.

In the only League Cup game between the two sides that took palce five years ago, Crystal Palace won 3-0 at Selhurst Park.

Crystal Palace have lost both of their games so far this season whereas Walsall have picked up one win, three draws and a defeat.

Walsall have failed to win a game at the Bescot Stadium so far this season drawing 0-0 against Bradford and most recently losing 2-1 against Yeovil.

The Eagles were knocked out in the second round against Bristol City last season; a defeat that came off the back of two Premier League defeats.

The Saddlers won 2-1 in their first round fixture this season; last season when they picked up the same result away from home they lost 2-1 against Premier League side Stoke City.

This is Palace, and this is the cup; so naturally I'm expecting something special or something awful. Walsall have struggled this season, despite beating Southend in the previous round of the cup, they have failed to record a league victory. However, with Palace likely to rest a number of players, it won't be easy. Despite that, I still expect us to scrape through with a narrow victory. The Saddlers have lost by a 2-1 scoreline in their two league defeats this season, so I might stick with that and plump for a Palace victory.