Crystal Palace are back on the road this weekend as they travel north to Hull. The Eagles are looking for their third straight win under Neil Warnock who is unbeaten in the Premier League since he returned to the club in the summer with two wins and two draws. 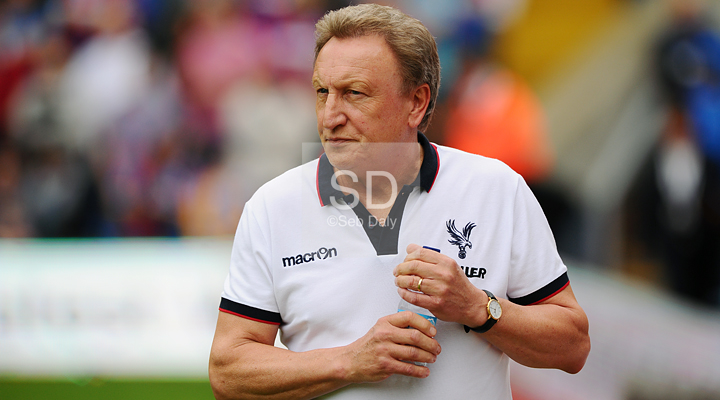 Crystal Palace showed no signs of a Capital One Cup hangover last weekend as they put defeat behind them to beat Leicester 2-0 on Saturday.

Neil Warnock went back to the team which saw him win 3-2 awat at Everton and after a dour first half agaisnt the Foxes, Palace came alive in the second 45 minutes to run out comfortable 2-0 victors.

It is expected Warnock will opt for the same team against Hull City, the Eagles gaffer told the press on Thursday that he is unlikely to change a winning formula.

Warnock likes his strikers and with Campbell scoring last weekend it will mean the likes of Zaha, Gayle, Chamakh and Doyle will have to settle for a place on the bench.

There are no fresh injury concerns for Palace who let Joniesta go out on loan to Ipswich for some much needed game time.

Last season Palace secured a much needed 1-0 win at Hull City which saw Barry Bannan net the winner as Tony Pulis watched from the stands. It is unlikely Bannan will even get on the bench this time round with the Scottish midfielder being kept out the side by the impressive midfield trio of McJedley aka McArthur, Ledley and our new goalscoring sensation Jedinak.

For Hull City, Steve Bruce's team will be hoping to get their first win at home in the league this season. The Tigers have not won since beating QPR on the opening day of the Premier League season.

Steve Bruce's team have shipped 10 goals in their past four league games, something which the former Palace boss will want to fix sooner rather than later.

Palace did the double over Hull City last season and Eagle's fans will be hoping for the same again this time round.

The Europa League/Thursday night hangover isn't meant to affect teams that didn't even make it to the group stage but it could be argued that Hull are suffering from exactly that.

As a result of losing last season's FA Cup Final, Hull qualified for Europe for the first time in the club's history. In order to fight on both domestic and continental fronts, Steve Bruce spent a lot of money; not just on transfer fees but also wages.

Heavy investment and higher expectation was the natural reaction to a European campaign but Tigers' fans weren't really expecting to struggle to beat Belgian side, Lokeren BUT they did struggle and they failed to qualify.

Whether or not such heavy investment on the likes of Robert Snodgrass, Tom Ince, Abel Hernandez, Michael Dawson and loan signings, Gaston Ramirez and Hatem Ben Arfa would have been made available if Europe hadn't been an issue is for the football gods to know but it has made Premier League survival an absolute necessity this season. Going down with the sort of wage bill they now have just isn't an option.

Another possible reason for Hull's rather underwhelming start might be the speculation regarding Bruce's future. With the manager's position at Newcastle under much scrutiny, Bruce is a favourite among bookmakers to take over from Alan Pardew should Mike Ashley pull the trigger. Far from it for me to suggest Flat Nose would walk away from a club who have been very good to him but if Newcastle did come calling, could the traitorous Geordie resist?

Hull haven't won since the opening day of the season when they won at Loftus Road but remain only two points behind Palace - an indicator of how redundant a league table is at this relatively early stage of the season. That said, a Palace win would put breathing distance between us and another potential rival in the effort to stay up come May.

When Palace won at Hull last season, it started the most incredible upturn in Palace's form. I had just landed in Rome for a weekend with my girlfriend and first heard of the result as we sat in a restaurant opposite the Colosseum - one of those moments, as a Palace fan, you don't forget.

Who knew Barry Bannan and Ancient Rome could be connected?

This weekend, I think we're going shopping in Eastbourne. Not quite as glamorous but I'll certainly take the same result.

Blast from the past

Tom Matson delves down memory lane and looks back on Palace's last big win in the Championship.

Josh Esaw takes a look at players who have played for both Hull and Palace. Slight health warning, this contains lots of defenders.

Ian Waterson from City Indendent Fanzine answers some of our questions about Saturday's game.

Hull City had another busy summer this year with some big money signings coming through the door to bolster Steve Bruce's squad. It looks as though the new faces are still taking time to bed in with only one win for the Tigers so far this season and no wins at home.

However, Hull looked extremely dangerous against Manchester City last week and the home side will be confident they can take all three points against Palace on Saturday.

Palace have continued to show they are no pushovers, especially away from home, and with Warnock expected to name the same starting line-up again, I think this game will end up in a score draw. As always though I'll take the win if we get it.