In a nutshell this is a massive game. 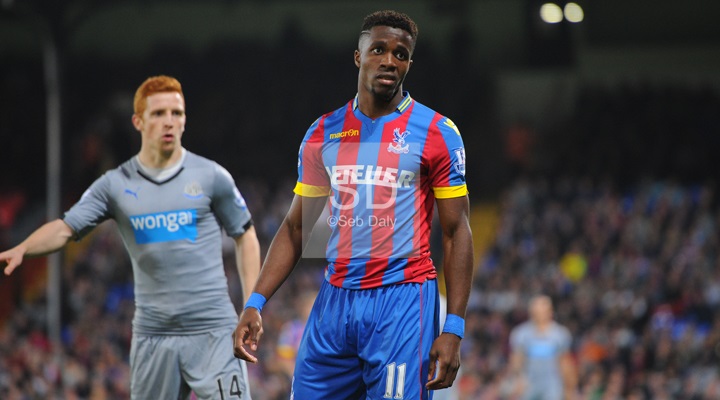 Palace boss Neil Warnock revealed that a number of his players are struggling with a sickness bug ahead of the crucial match on Monday, but did not discuss who in particular.
With Julian Speroni having recovered from Craig Dawson's elbow smash to the face at West Brom, he is set to continue in goal, but defender Scott Dann is still doubtful.
Damien Delaney returns from his one match suspension and will almost certainly regain his place in the heart of defence, although who joins him is another matter.

Back to back defeats in which his side have conceded 10 goals, some of which have been some the best individual mistakes I've seen in a long time and now he has to visit Selhurst Park where he can't and shouldn't expect a warm welcome.

Having kept Sunderland up last season as a result of picking up some undeniably great results (four points from The Etihad and Stamford Bridge), it was expected Poyet might take The Mackems to a more secure league placing. It now appears that their end to last season was a bit of a false dawn typified by the form of Connor Wickham.

The striker ended last season with a lot people eating humble pie. He was beginning to look the player that the hype a few years ago suggested he might be. Clubs, Palace among them, were rumoured to be courting the player and a price of £10 million was being banded about.

Right now, Wickham looks like an expensive free transfer let alone someone who would cost such a weighty fee. Any goal threat he offered at the back end of last season has dried up and with his contract still set to expire next summer, potential suitors will be looking at next summer instead of a possible January bid as perhaps Sunderland would've wished.

Their summer dealings were dominated by the on-off-on-then off again chase for Fabio Borini. Having spent last season on loan at The Stadium of Light during which the Italian scored some important goals, Poyet was keen to secure his services on a permanent basis. Liverpool insisted on a £14 million fee which, amazingly, Sunderland were willing to pay but the player refused to give up his dreams of making it at Liverpool and declined the offer to move to the North East permanently.

Of those who did move to Wearside in the summer, Jack Rodwell's arrival for Manchester City was probably the most noticeable. Rodwell, another example of an English player who ran before he walked, has had injuries in the past but if he can prove his fitness and get a run of games, both he and Poyet will hope he can return to the form he showed in glimpses when at Everton.

Another arrival was Will Buckley, he formerly of that lot by the sea. Granted he's only been in the Premier League for a few months but he doesn't seem to have settled particularly quickly. It's probably a good job that he'll receive such a warm and positive reception should he play on Monday night...

Phil Dowd is the man with the whistle for this one. Hope his mind is on the game rather than what he's got planned afterwards unlike old hair transplant, Clattenburg. Dowd doesn't strike me as an Ed Sheeran fan anyway; more a Status Quo or Whitesnake man.

Whatever his plan for after the game, Palace fans won't care what he gets up to provided when he blows his whistle for the last time, the boys in red and blue have secured a vital three points.

Josh Esaw takes a look at the players who have represented both the Eagles and the Black Cats.

Blast From The Past

Sunderland fan Gareth Barker from the Wise Men Say Podcast answers some of our questions about Monday's game.

This is an absolutely massive game for both sides on Monday night. Sunderland are still recovering from that 8-0 defeat to Southampton and Palace will be smarting from giving away a two goal lead against West Brom last weekend. The key, I think, will be Zaha who looks as though he is going to get a run of games now in the first team after a period on the sidelines. If Zaha can work some magic on Monday night then Palace have a great chance of getting three points.