In the first of three difficult fixtures in a row, Palace face a test of epic proportions against Chelsea. Jack Pierce takes a look at the opposition. 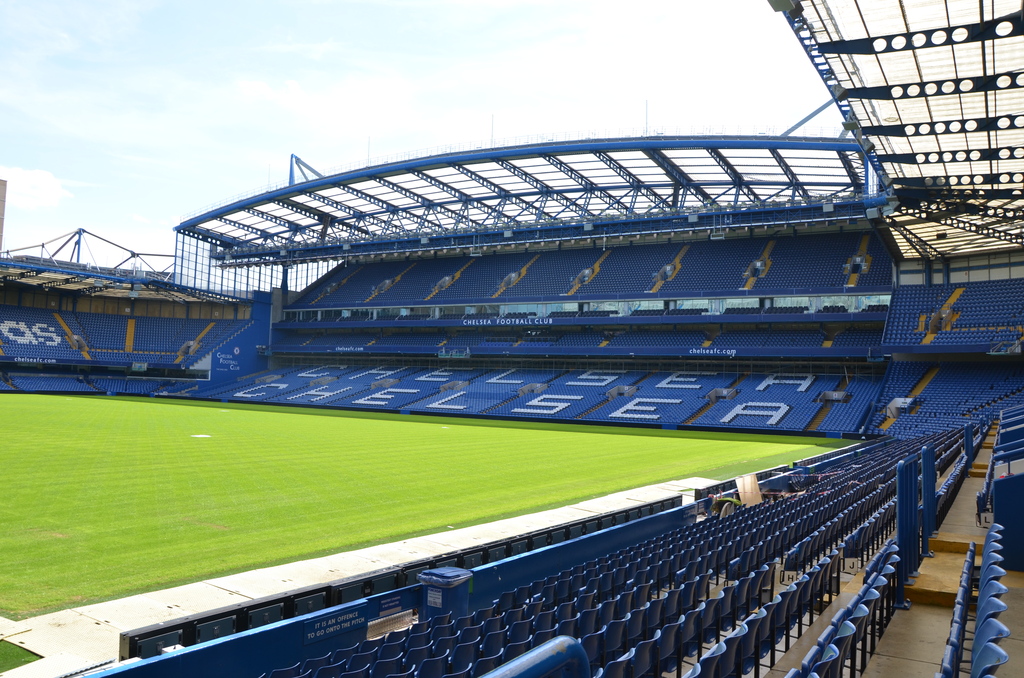 Didn’t take long for Chelsea’s season to fall into crisis, did it?

Mourinho vs Medicine, their captain’s place in the team under scrutiny and still trying desperately to add to their squad.

This time last season, all transfer business was done and Diego Costa and Cesc Fabregas, both bought into the club early in the summer, were inspiring Chelsea to three wins out of three.

12 months on and Jose Mourinho is still seeking additions to his squad and if his squad’s requirement for reinforcements wasn’t clear for him to see before their main title rivals, Manchester City, thrashing them 3-0 then it certainly was afterwards. Clearly not happy with his central defensive options and Diego Costa’s hamstrings providing constant worry, Chelsea are likely to be active in the closing days of the window. Whether they are successful in any of their endeavours remains to be seen but they are actively pursuing targets.

Their pursuit of John Stones is one that doesn’t sit too well with many football fans for a number of reasons. Firstly, if a centre half is so badly required, why couldn't Chelsea try to get such business done before the season started? Their interest in Stones has now manifested itself in the young defender issuing a transfer request three games into the season leaving Everton in the unenviable situation of holding on to a player whose wish to leave has now been made public or accept a bid from Chelsea and start searching for a Premier League-ready centre half who is available within budget less than a week before the window closes. The method of bidding for Stones in £4-6 million increments is also a head scratcher. If, as the press have made out, Everton were always willing to consider selling Stones but on their terms at a price of between £35 million and £40 million, why have Chelsea's first three bids of £20m, £24m and £30m been issued?

Roberto Martinez and Bill Kenwright are never going to sell one of their prized assets if Chelsea won't bid anywhere near the apparent asking price. Furthermore, while it might not be against regulations, Gary Cahill and John Terry talking so candidly during pre-season press conferences about the idea of John Stones joining Chelsea and the benefits that he would experience from moving to London, playing in the Champions League etc etc does stink of tapping up. Everton have detailed their discontent with Chelsea’s behaviour during the speculation and they have every right to be annoyed by the attitude shown by Chelsea.

With the transfer request being issued, Stones to Chelsea may well happen now but once again it demonstrates Mourinho's arrogance when dealing with other clubs. While he and his club have the luxury of being able to mishandle transfers, purchase and sell players relatively conscious free; not all other clubs can.

This week, Juan Cuadrado has been shipped out on a season long loan to Juventus. Having only started six games since arriving in January for over £20 million, the Colombian hasn't had the impact that it was hoped he would but his departure does represent another example of Chelsea's and Mourinho's attitude towards transfers. Following Cuadrado's and Marko Marin's (remember him?) loan moves, I believe 25 players owned by Chelsea will be playing for other clubs this season. That is ridiculous but while they can get away with it, money rich clubs like Chelsea will carry on in this way.

As soon as a deal for Pedro was made possible, Chelsea agreed to let Cuadrado go to the person willing to contribute the most to his wages for the season. Simple business really but after Cuadrado, Mo Salah, Andre Schurrle and Kevin De Bruyne, how long will Pedro last?

There's not much to say about Jose Mourinho's handling of the incident concerning Chelsea club doctor, Eva Carneiro, and Jon Fearn, chief physio, other than he completely embarrassed himself. Having been signalled on by the referee, Michael Oliver, Carneiro and Fearn had a professional obligation to treat a player they are paid to look after. Mourinho's response to his medical team's actions was absurd. To question their actions highlighted what an imbecile he can at times be. His tactical ingenuity shouldn't be questioned but the manner in which Mourinho is lauded by both the written and visual press is often too much. From the incident that led to the furore that ensued, Mourinho should've questioned whether his player, Eden Hazard, was actually injured and whether he required medical attention when his team were already down to ten men. If he didn't, then Hazard should've earned the wrath of his manager. If he did require treatment, then nobody acted unprofessionally and procedures put in place to protect players were followed perfectly.

Somehow the situation developed into a weeklong saga and culminated in the sort of press conference that Mourinho revels in; more than the usual amount of cameras focused on him and every single question about him. After just the first few games, he already looks a man under pressure and having developed a habit of leaving during or after his third season in charge at a club, who knows whether Mourinho will be in charge on West London this time next year?

With the quality and depth that Chelsea’s squad has, they should be competing in a variety of competitions this season. Having walked away with the league last season, they started this campaign as favourites and despite their rocky start, they are likely to be there and thereabouts for the Premier League title come May next year.

Having failed to get beyond Paris St Germain in the Last 16 of last season’s Champions League, Mourinho will hope to lead his side further into the competition this time around. How he balances his priorities between domestic and continental glories will have a huge impact on their performances in the competitions this season. Last season he was accused of overusing particular players and failing to rotate his squad. Considering they won the title in the manner they did, that is a rather futile accusation but if Mourinho and the Chelsea hierarchy wish for greater on pitch success this season, the Portuguese manager will surely need to rotate more often than he did last year.

Having beaten West Brom last time out to earn their first win of the season, they will see Saturday’s fixture as an opportunity to continue on an upwards trajectory. A few wins in a row and the troubles of the first few weekends of the season will be forgotten. That said, Palace aren’t likely to merely roll over and with Terry suspended and Branisalv Ivanovic looking lost at sea when up against anyone with any pace – Palace’s prowess on the break might just come in useful.