Here's Jack Pierce wit his weekly preview; this week of a top of the table clash at Selhurst! 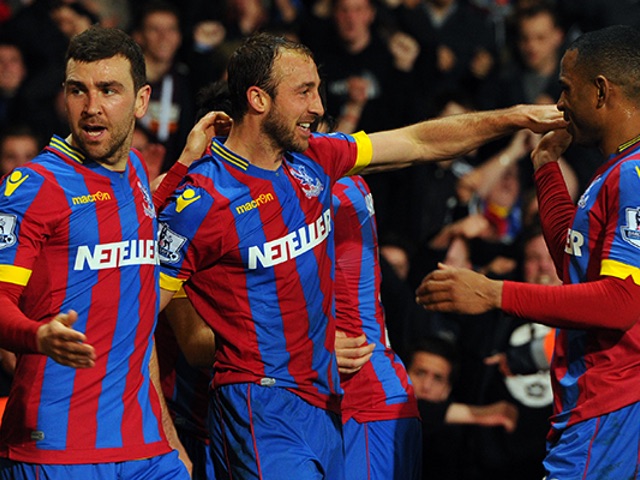 Let's put it this way. Palace win on Saturday and we go top of the Premier League.

Ok, we've got to beat the champions of two of the last four seasons by four goals but it sounds pretty bloody good, doesn't it?

We're (almost certainly) not going to win by four so the idea of us going top of the league after five games is one I really need to forget about but regardless of that, this match is the biggest indication, since promotion, of how far the club has come since the four co-owners purchased the club in 2010.

After two full seasons in the top flight, the novelty of welcoming the land's 'bigger' sides to Selhurst isn't perhaps as big a deal as it was first or second time around but the focus is now upon how far this Palace side can push the supposed big boys. At this moment in time, they don't come much bigger than Manchester City which explains the buzz around this particular meeting.

With the transfer window slammed shut last week, the usual paper/website filling articles of who had the best transfer window reared their monotonous heads. Quite a few 'experts' deemed that City had one of the best windows having bought Raheem Sterling, Nicolas Ottamendi and (eventually) Kevin De Bruyne to The Etihad. Not exactly expert analysis considering City have the deepest pockets among Premier League clubs but the players they have picked up are players expected to excel in both the Premier League and European competition; improving the club’s prospects on both fronts.

The only one of those three to have made his City bow so far, Sterling seems a player enthused by a move he and his representatives sought for nearly half a season. Deployed on the left of a front three, the England international is excelling in the room afforded to him by having such a high calibre of teammate. When we visited Anfield at the end of last season, Sterling looked a man short of ideas and devoid of any quality. Now, in the light blue of City, Sterling looks sharp, wants the ball all of the time and is a threat to any team he comes up against.

Ottamendi was bought in to bolster to central defensive ranks and many thought would go into the side and replace Eliaquim Mangala, who didn't exactly flourish in the Premier League last season. However, Mangala was a man reborn during the opening month of the season and his partnership with Vincent Kompany, himself not short of critics last season, is one of the reasons for City's very impressive start to the campaign. Ottamendi will get his chance and having proven one of La Liga's best defenders last season, he should provide excellent cover if that is to be his role, at least in the short term.

The deal to bring De Bruyne to Manchester was almost as long winded as the one to get David De Gea out of it but with a few days of the window to go, the Belgian signed on the dotted line and became City's record purchase. Electric in the Bundesliga last season, inspiring Wolfsburg to a second place finish as well as the German Cup, De Bruyne was voted the division's player of the season; not bad going when playing in a league dominated by Bayern Munich who have their own bevy of stars.

Deemed surplus to requirements at Chelsea by Jose Mourinho, although he did sell him to Wolfsburg for three times the amount he was bought from Genk for, it will be interesting to see whether he does take to the Premier League or Mourinho's judgement was the right one and the Belgian isn't suited for the 'English game'. De Bruyne created a lot of chances at Wolfsburg last season and with one of Sergio Aguero or Wilfried Bony for him to supply, that trend should continue but we shall see.

The new signings aside, City fans will be delighted to have seen Yaya Toure and, as already mentioned, Vincent Kompany returning to somewhere near their best during their first four league games of the season. Any team in the world would look better with those two firing on all cylinders but the most praise has been held for another of City's mainstays of the last five years. David Silva.

Silva is one hell of player; smart with the ball, always able to find space and if given the time to control a game, he will do exactly that. If Palace want anything from Saturday then Silva will need to be off his game or Palace will need someone to take care of the Spaniard. Jimmy Mac could be the man because if we afford him the space we afforded Arsenal a month ago, Silva, in his current form, will run riot.

Saturday could be described as a 'free hit' for Palace, however much I hate that term. The fantastic result at the champions' a fortnight ago and sitting second with nine points on the board is in stark contrast to the slow starts of the last two seasons when fans immediately started looking to where the next point is coming from.

A win on Saturday and Selhurst will be a cauldron of noise. It will be an afternoon that will be spoken for years to come.

Beating City at home last season was magic enough but imagine that feeling with the added caveat of Palace going level on points with the league leaders.