After a week of international football, I guess it's a nod to the past that we come up against the club that won 1966 World Cup singlehandedly this weekend, West Ham United. 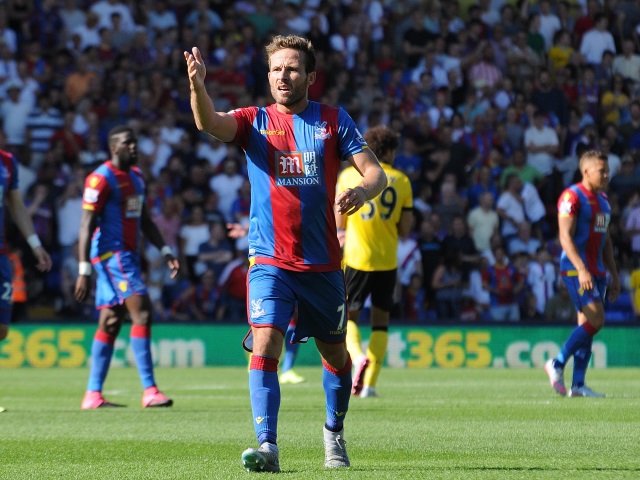 Nearly 50 years since 'their' greatest accomplishment, this season the club are celebrating another historic moment; their last season at The Boelyn Ground. While Palace won't rock at Upton Park, to hopefully win their third game on the bounce there, until April, The Hammers visit South London having made a spectacular, if not a little odd, start to the season.

Having replaced 'Fat'/'Big' Sam Allardyce with guitar wielding, cigarette puffing Slaven Bilic, some onlookers believed the change was a risk, particularly for a club wishing to maintain their top flight status at the end of this season however they could before moving to the Olympic Stadium for the start of the 2016/17 campaign. Well, eight games in and West Ham are a good distance from the bottom three, sitting in sixth place, having given their fans a rollercoaster start to the campaign. While home defeats to Bournemouth and Leicester will never satisfy the West Ham support, victories at The Emirates, Anfield and The Etihad certainly will. Their ability to shock the 'bigger' sides away from home has developed since the change in manager as Bilic seems far more secure with his side taking opponents on in comparison to his predecessor. While Allardyce's time in charge of West Ham is much maligned, he did some good things for the club but I can't recall a single time during his tenure where West Ham looked like they had a credible plan when playing away at a 'top four' side let alone a chance of taking three points back to London with him.

As Palace have proven by defeating the reigning champions on their turf, this season is going to spring a surprise or two and the gap in quality from the bottom to the top of the league is certainly shrinking. Despite that, wins at Arsenal, Liverpool and Manchester City in consecutive away league matches is fantastic going and they deserve each and every bit of credit sent their way.

This week, Karren Brady, vice-chairman of West Ham, was among those at the launch of the 'Stay in the EU' campaign - a beautiful irony given the limp attempt her club made to qualify into this season's Europa League group stage.

Managing to not qualify for the group stage is one thing but they didn't even make it to the last qualifying round; knocked out by the mighty Astra Giurgiu of Romania. By selecting squads largely of youth team products, the club made their priorities clear and if they hadn't made their aim to simply maintain their Premier League status this season clear enough for all to see beforehand, chucking their towel in before the Europa League had even really got started made it plain for all to see.

Much has been made of Palace's signing of Yohan Cabaye symbolising the greater pull of mid-level Premier League in comparison to more illustrious club names across the continent but West Ham made a similar signing too this summer. Dimitri Payet is a very good player and could've rolled up to most of Europe's bigger clubs and earned a place in their starting line up. In his first two months in England, his class has been evident. However, West Ham, who finished 12th in last season's Premier League are now in a position to tempt Payet away from Marseille as well as outbid other sides in terms of wages. The much discussed TV revenue on offer to Premier League clubs, regardless of their stature or history is opening up a level of the transfer market they never knew existed. Payet and Cabaye typify that and whichever of the two ex-Lille men perform better on Saturday are most likely to end up on the winning side, such is their influence upon their sides only eight leagues games into the season.

If West Ham remain a top flight side at the end of this season, there aim will have been achieved. As mundane as it sounds, because of the economic woes that would accompany relegation to The Championship, in view to their big move to a Westfield Shopping Centre, Premier League survival appears to be the only concern for those running the club. That said, after those three excellent away wins and sitting comfortably in the top six after eight games, the blowing bubbles brigade will want and hope their team push on. If they maintain Bilic's preferred style of defensive solidity with an ability to break quickly as the likes of the gifted Payet, a rejuvenated Victor Moses and Diafra Sakho can, they will win more games than they lose this season and they won't be troubled by a relegation dogfight that so many in and around the club fear.