I’m going to say it. Ronald Koeman will not be manager of Southampton at the start of the 2016/17 season. 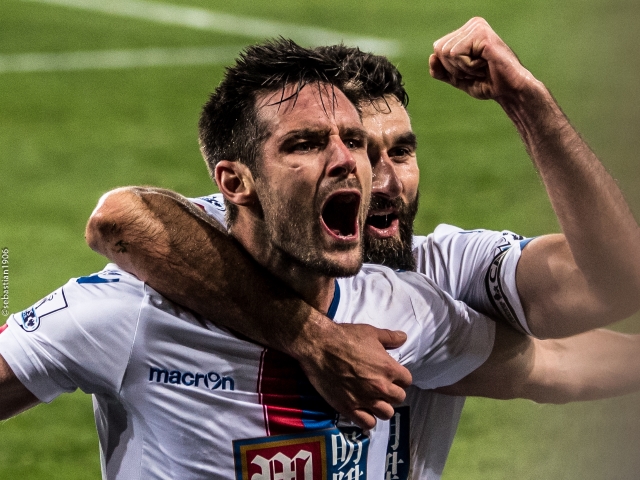 Something tells me that the Koeman/Saints marriage will be annulled during or before next summer.

Whether it’ll be because Koeman’s talents are sought by another club or that The Saints’ season will drift between now and the end of the season and the highs of last season are failed to be reached again I don’t know but I have a nagging feeling that Southampton will be looking for a new manager before the start of next season.

Without a win in three Premier League games and having been embarrassingly chucked out of the Capital One Cup by Liverpool last week, Southampton need to get back on track and will hope that they start that by beating our lot on Saturday before two tricky home games against Arsenal and Spurs.

It’s not as though Southampton are locked in a battle to stay up but having ended last season with such a feel good factor in and around the club, this season seems almost disappointing. Having done so well to reach The Europa League, they failed to reach the group stages after failing to negotiate the two-leg tie against FC Midtjylland. More recently, the manner of their defeat against a rampant Liverpool side in the League Cup was pretty alarming but their inability to beat the league’s poorest side, Aston Villa, last weekend is probably a greater testament to their struggles this season. In May, The Saints swatted aside Villa winning 6-1 but against arguably a worse Villa side last weekend, Southampton had to come from a goal behind to earn just a point.

Performances such as the one they offered at Stamford Bridge in October suggest that this Southampton side can be as dangerous as they were last season only just not as consistently. While Chelsea’s home form has been laughable this season, the manner in which Southampton took hold of that game would’ve offered the Chelsea sides of title winning seasons problems.

That evening, Graziano Pelle gave a masterclass in how to play as a lone striker. Not only does the Italian have masterfully crafted hair, he’s not a bad striker when he wants to know. He started last season like a train but then went off the boil for the middle third of the season before recovering some form before the season ended. The striker has six league goals this campaign; exactly half of his total for the whole of last season so he and Saints’ fans will hope he reaches if not betters last season’s 12 goals this time around. With over 20 games to go and the sort of attacking quality Southampton possess in their ranks supplying him, Pelle should eclipse last season’s total before he packs his bags and heads off to the Euros with the Italian national side.

While Pelle is the focal point for the Southampton attack, their most impressive attacker this season has been Saido Mane, the Senegalese international happy to be deployed wide or through the middle as a number ten. It took the 23 year old time to settle having arrived from Red Bull Salzburg during the summer of 2014 but once he adapted to the rigours of the Premier League, he began to provide a constant menace to whoever he came up against. When asked, during his appearance on the FYP Pod earlier in the season, Damien Delaney namechecked Mane as one of the best strikers/attackers in the league and after last season 3-1 Boxing Day defeat to Southampton, who can blame Damo for such an opinion? Mane was excellent that day.

With the January transfer window about to open, Southampton will do well to end the month with Mane still on their books. Manchester United were rumoured to be sniffing around during the summer and after Mane’s impressive start to the season, if United were interested, they are likely to still be. The good news for Southampton is that if they were to sell Mane, it’s likely to be for a far greater price than the £10 million they paid Salzburg 18 months ago.

Such is the congestion in the middle of the Premier League, a Southampton victory would see The Saints jump above us but a Palace win would likely keep at least five place gap between the two clubs, if not more. If, at the start of the season you had told Palace fans that would be the case as we approached Christmas, there wouldn’t have been many who would’ve scoffed at that.

In a week in which Garry Monk has been relieved of his duties at Swansea City, it’s reaching the time of year when clubs’ hierarchies start to panic if their sides aren’t performing as well as anticipated before the season started.

While Southampton’s current form and league position isn’t enough to warrant Koeman losing his job at St Mary’s, how long a spell of inconsistent form or run of winless games would the Southampton board wait before deciding ‘something had to change’ like Huw Jenkins has at The Liberty Stadium this week?