Palace play a blisteringly hot West Ham this weekend, and Jack Pierce takes a look at what to expect. 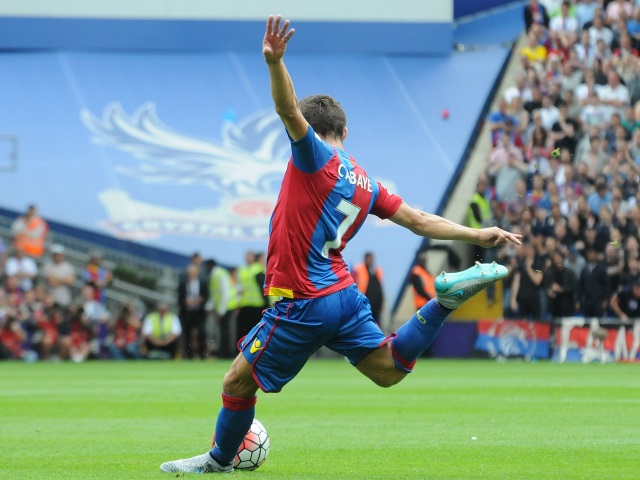 Slaven Bilic is a cool bastard, isn’t he?

He’s the teacher that all the students secretly wanted to be mates with; he’s your mate who can just roll into a party and people just want to chat to. After the miserable Sam Allardyce, West Ham fans had to look up ‘charisma’ in the dictionary.

Very impressive in front of the camera and clearly the sort of figure a club moving into the next phase of existence would like to have in charge of on-the-pitch matters, Bilic has got West Ham playing some great football and as we approach the end of the season, West Ham are truly in the fight for fourth and the last Champions League place.

Just one point behind Manchester City, a team looking bereft of ideas and plans, Bilic’s team have a great chance to continue putting pressure on them when our lot visits Upton Park for the last time.

Since the day we defeated Stoke in December, West Ham have taken 25 points in comparison to the four that we have amassed so it’s not brain science as to why nobody is expecting anything other than a West Ham winner on Saturday. While we’re going into the game with Frazier Campbell possibly starting up front and a midfield possibly without Jimmy Mac, Yohan Cabaye and Mile Jedinak, West Ham’s squad is looking fairly healthy and they’ve welcomed back key players like Dimitri Payet and Diafra Sakho have been brought back into the fold in recent months and added further quality to the side.

Payet has been a sensation this season; his craft and guile has taken the league by storm and wherever his side end up finishing this season, the French playmaker has lit up the league. Along with Leicester’s Riyad Mahrez and Jamie Vardy, Payet is among the favourites for the end of season awards. He’s capable of gliding past opponents with ease, able to pick passes and his set piece delivery is, well, just have a look at his free kick at Old Trafford a few weeks ago. He’s a serious talent and with the greatest respect to West Ham, you have to ask how he’s ended up, aged 29, plying his trade for The Hammers. I know they won the World Cup in 1966 but to have a player of Payet’s ilk on their books has to be considered a coup.

They are different players who play in different midfield roles but the excitement of respective fan sets about the arrivals of Payet and our own French ‘superstar’ were similar last pre-season. Whatever the reasons, and this isn’t direct criticism of Cabaye, it’s not hard to gauge which set of fans are happier with their recruit.

Another player who has had a very good season is West Ham skipper, Mark Noble. Fresh from his fairly entertaining testimonial that took place last weekend, Noble has also been the topic of speculation regarding Roy Hodgson continual refusal to pick him for England squads. Its testament to how little chance Noble himself thinks he has of breaking into the squad prior to Euro 2016 when he arranges for his own testimonial to take place during an international break. Since Leon Osman was called up in 2012, Noble became the most high profile English player in the Premier League without an England cap.

Our own Scott Dann could perhaps lay claim to that mantle and if Noble does ever earn a cap, perhaps Dann will become the player the media continue to question the England boss, Hodgson or his successor, about.

Like us, West Ham have FA Cup glory in their sights and provided they beat Manchester United in a replay next week, a semi final against Everton the day before we take on Watford will be between them and their first FA Cup Final since Steven Gerrard broke East End hearts with his last minute equaliser in 2006. Saturday’s match between the two sides might not be the last time we meet this season.

As Saturday is the last time Palace will play at The Boelyn, it would be great to continue the trend of winning there and for our last memory of the place being a Palace win.

Sorry, a win is to be successful or victorious in a contest or conflict. You may well have forgotten.

A Jedi penalty two years ago secured safety mathematically and the same result this time around would go a long way to securing Palace’s top flight status for another season. There may well be a few nervous glances at phones during the game to get an idea of goings on at Carrow Road. A draw there is obviously the preferred result as far as we’re concerned but a Norwich win paired with us continuing our winless streak would make the fixture between The Eagles and The Canaries a week later absolutely massive.