Jack Pierce takes a look at Wednesday's opponents, Manchester United, a club that is going through a transition of sorts under manager Louis van Gaal. 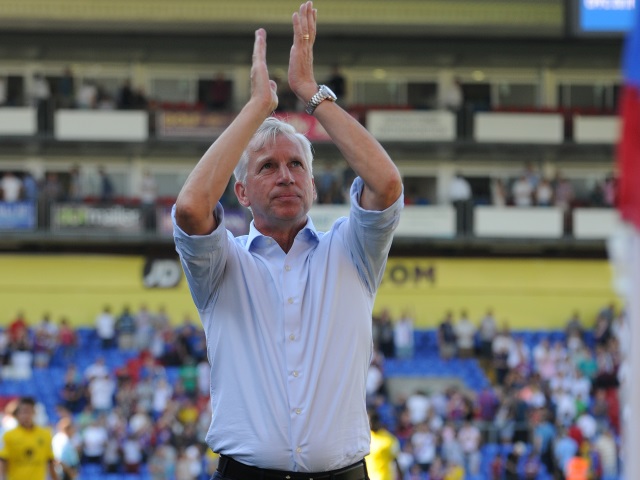 If they weren't winning titles during the last 20 years, they were always there, sniffing about.

Fast forward to this season and I don't recall United being referred to title challengers since about September. It's amazing what is happening to a club so celebrated under Alex Ferguson; when did finishing fourth become a success for Old Trafford?

Well, with five games to go, if they do manage to jump above either their city rivals or Arsenal, it will be deemed a success because of their haphazard approach and form this season – Ashley Young as a lone striker at White Hart Lane a few weeks ago was a highlight.

Even then, Champions League football isn't guaranteed because if Manchester City win the Champions League and finish out of the top four or Liverpool win the Europa League, England’s fourth spot in European football's premier competition won't go to the Premier League’s fourth best team.

This season has been all over the place, Leicester being in pole position to win the league says that but that shouldn't cover the fact that United have, at times, been absolutely awful. Recent away defeats at Sunderland and West Brom spring to mind. The evident lack of squad depth and peculiar tactical approach has left United wanting far too often this season. In a season in which all those around them have lost their head, instead of maximising the chance to reassert themselves as the country's best team, they've joined the crowd and lost their head too.

Louis van Gaal, public number one in certain parts of the North West, Hertfordshire and East Sussex, is now hanging on to his job with what seems daily conjecture about his job going to Jose Mourinho between the end of this and start of next season. The former Dutch manager has spent a lot of money and had almost two seasons two implement his ideas but have United progressed much beyond what they were under David Moyes, a man hung out to dry by the club.

Think it's fair to say not much, if any, progress is too evident.

If there is an area that van Gaal does deserve some credit, it's his lack of inhibition when it's come to blooding youngsters. It's easy to suggest that he's had to because of injuries to first team regulars, nonetheless a manager well versed in offering youngsters experience of the first team while at Ajax, Barcelona and Bayern Munich should be applauded for his use of players such as Cameron Borthwick-Jackson, Paddy McNair, Jesse Lingard and perhaps most noteworthy, Marcus Rashford. Unheard of at the start of February, the striker has taken to the United first team as well as any of the multi million pound signings the club has made, if not better.

If his two goal salvo on his debut against Midtjylland wasn’t impressive enough, his goals and performances against the likes of Arsenal, City and West Ham have been superb. In terms of lightning quick feet and an eye for goal, Rashford is perhaps the most natural English teenage striker in front of goal since Michael Owen. Before becoming the most awful analyst on TV, Michael Owen was a pretty good footballer, particularly when he first burst on to the scene and Rashford’s ruthlessness in front of goal is akin to a young Owen.

Let's just hope he has better and stronger hamstrings for his sake!

Despite the gloomy air around Old Trafford, they’re within touching distance of an FA Cup Final and meet Everton on Saturday for a place in the final, where the winner will hopefully meet our lot after we see Watford off on Sunday. Would lifting the FA Cup be enough for LVG to secure a stay of execution?

Well, it’s been enough for Arsene Wenger for the last two seasons but such is the appetite for a new manager at Old Trafford, guiding the club to an FA Cup success might not be enough. Cup success would probably have to be paired with a successful route into next season’s Champions League for United fans to consider the prospect of the former Dutch boss taking charge of another season with anything other than a grimace.

Palace visiting Old Trafford should be an event but unless Darren Ambrose re-signs within the next 24 hours and bangs one in from 73 yards out, this fixture may well be forgotten in the mists of time.

Good luck to those making the trip north this midweek. Sing loud and embarrass the silent United faithful.

It won’t be difficult.