It's not a six-pointer but a win is certainly important to Palace. Here's Jack Pierce with a look at what to expect from Saturday's opposition. 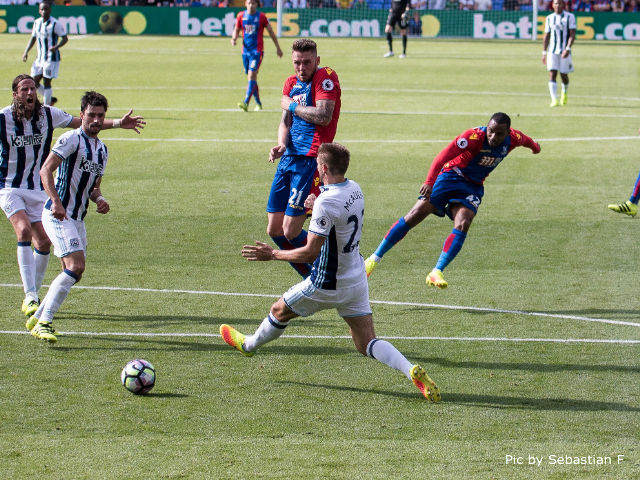 What to say about Bournemouth?

Still bankrolled by foreign investment to the tune of tens of millions? Check.

Does the second one damage the romance of first one? Definitely check.

Eddie Howe and his squad embark upon a second season of Premier League football having successfully negotiated their first with room to spare. Never in and amongst the drop zone when it came to the crunch, Bournemouth ended the season comfortably away from the bottom three and were able to start making plans for this season far earlier than they might have thought.

Howe has gone on record and referred to the fact that this season may well prove tougher than last but despite such claims, not many appear to expect The Cherries to struggle too much this season either.

Transfer wise, they've added a crop of talented youngsters to the squad with the hope that they will gel into the group that has provided the foundation for Bounremouth's rise into the top flight with the likes of Steve Cook, Charlie Daniels and Harry Arter remaining key to the team.

Jordan Ibe is probably the most noteworthy name bought into the club since the end of last season and many were surprised that Jurgen Klopp was happy to see the winger leave Anfield on a permanent basis having impressed when he first burst on to the scene under Brendan Rodgers. There must have been a reason and it remains for Ibe to prove Klopp was wrong to get rid so soon.

Lewis Cook is another summer arrival and reports of the former Leeds midfielder are encouraging. Comfortable on the ball and keen to be involved as much as possible, Howe will be hoping that the rumoured £10 million spent for Cook's services will prove good value in the seasons ahead.

Callum Wilson, although not a new arrival, will feel like one to fans on the south coast. He was just starting to look the part last season when he tore knee ligaments; an injury that effectively ended his campaign. His hat trick at Upton Park last Sugust highlighted he had what it takes to score goals in the top flight. Like Andre Gray at Burnley, Wilson could find his way into the England squad sooner rather than later if can find the consistent form he displayed in The Championship.

Perhaps the biggest development of the summer at Dean Court (purposefully not The Vitality Stadium) was the retaining of Eddie Howe's services. I have no idea if The FA were too far along the line of trying to tempt The Cherries' boss into international management but nonetheless they plumped for Sam Allardyce and Howe will continue to learn his trade in the club game. Without question a very good coach, the England job at this stage of his career may have done more harm than good. Fail and his reputation would've been difficult to recover; just ask Schteve!

Howe, as already mentioned, seems aware of the challenges of this season that lie ahead and he, as well as his players, will need to be better than last season should they match or improve on last season's performance. Two defeats in a row isn't the greatest start, as we well know, but defeats at home to a resurgent Manchester United and to West Ham in their new home can probably be forgiven.

They, like us, will be looking at Saturday as the chance to kick start their season and with the odd air in and around our place at the moment, an early Cherries goal could really get the Palace crowd's back up.

It's only bloomin' August!