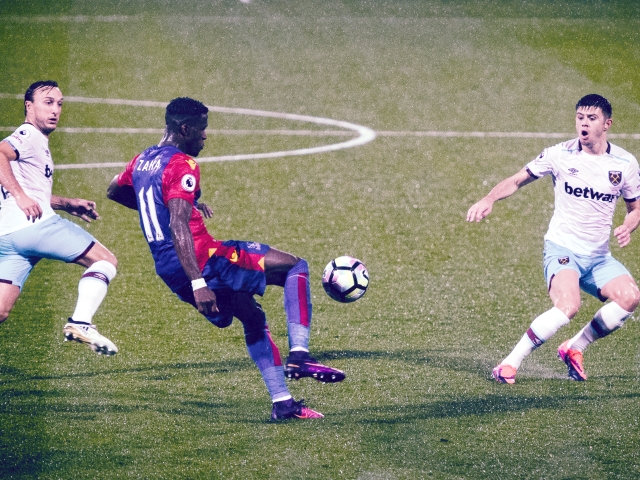 'Leicester are crap, aren't they?'

No, they're not actually. They're a mid ranking Premier League side who, last season, went beyond their and everyone's wildest expectations and won the league in what will go down as one of the best club football stories of this and a few more generations.

1) The psychology of the place has completely changed.

The closer they got to the title and the more they had to lose, the harder everyone involved worked to the same objective. This season sees an obvious, and understandable, drop in intensity and the likes of Wes Morgan and Robert Huth appear different players in comparison to last season. A prime example occurred during last Saturday. There's not a chance Morgan would've lost Diego Costa the way he did for Chelsea's first goal last Saturday during the last campaign.

Given that Leicester have become the first English side to win their first three games in Europe's premier competition, there may be some merit to this theory. Granted that their group is rather short of pedigree but take nothing away, Leicester haven't shied away in their new surroundings and are about as close to qualifying for the next stage without doing so, as is possible.

Such was the surprise of Leicester maintaining a title challenge to the point of actually winning the bloody thing, perhaps the thinking around the club is to apply the same approach that served them well last season, in Europe this season. If they're in Cardiff come May, Ranieri will be done for witchcraft!

He's not there anymore. Simple as that.

The only football fans that don't happen to be too bothered by Leicester's stuttering league form are their own. They're, understandably, living off the buzz of last season and although none of them would prefer an average league season, the majority must realise that last season was a once in a lifetime sort of season; one where everything goes your way, injuries are minimal and most of your squad have the seasons of their life. This year’s excitement will be provided by the Champions League and given their impressive start to that competition, that excitement is likely to be maintained until at least February and March.

Claudio Ranieri, despite the poor start to the league season, isn’t a man too upset with life. He is remaining calm and is adapting to managing a side plying their trade in two major competitions unlike last season when the sole concentration was domestic. It doesn’t seem that there are any expectations for him to mastermind a repeat of last season’s triumphs and in an era when foreign owners are often chastised, there is little reason for Leicester’s Thai owners to be criticised; other than their insistence that clappers are a good thing for football.

Summer recruitment was like nothing that Leicester has seen before. A huge fund was primarily spent on the recruitment of Ahmed Musa and, one time Palace target, Islam Slimani at cost of nearly £50 million. Slimani scored two in his league debut against Burnley and the winner against Porto but doesn’t appear up to full speed with the top flight just yet. Musa has shown glimpses but again, like Slimani, it will take time for the player to adapt to his new surroundings. When he does, there’s a real player there.

Another player who has been required to adapt isn’t new to Leicester but to his position. With Slimani leading the line, Jamie Vardy has been deployed in a slightly deeper role and not on the shoulder of the last defender as he was during last season. He profited from that position so many times, no more memorably than when making the most of a Brede Hangeland mistake last October, the Norwegian’s last notable contribution in a Palace shirt, in their victory over Palace.

Riyad Mahrez, who lit the league up with skill and flair, looks jaded and despite scoring in midweek against FC Copenhagen hasn’t really got going this season in the league. Given the concerns over the full back positions in the Palace side, Saturday may prove ample opportunity to get some form back for the Algerian.

On this weekend of last season, we visited Leicester and lost 1-0 having been denied, what could be argued, two penalties by Mike Dean in the last ten minutes. It was a game of little quality and defeat was perhaps a little harsh on us. That match followed a home defeat to West Ham.

I needn’t remind you of last weekend’s result and opponent to highlight the similarity with this weekend’s fixture. Let’s hope the pattern is not followed this time around.

Jack is a regular contributor to FYP with his Eye on the Opposition pieces. You can follow him on Twitter.