Crystal Palace face a Swansea side who, with their own American investment, are just as desperate for a win as Palace. Here's Jack Pierce with his Eye on the Opposition. 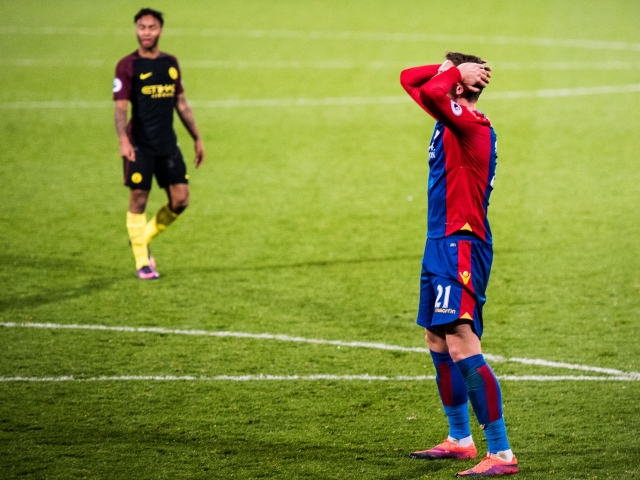 90 minutes of football that may well determine whether Alan Pardew remains Palace manager beyond this weekend.

Swansea away is as much a banker as there currently is in the Premier League. Yet to win at home this season and huge issues throughout the club, Palace fans should be confident of a positive result this Saturday but we all know that’s not the case.

A defeat could see us drop into the bottom three for the first time in nearly two years and that may be enough for the alarm bells to reach the noise that requires a very significant phone call between London and New York.

Anyway, enough of our lot. This about Swansea and what we can expect from them.

Francisco Guidolin was the first Premier League managerial casualty of the season and was instantly replaced by Bob Bradley, the first American to manage a Premier League side. Bradley was immediately undermined by the brilliants brains of Danny Mills and Robbie Savage, in what one of the most bizzare football debates on radio I’ve ever heard, because:

1) He’s American.
2) He’s not Ryan Giggs.
There’s little doubt that managing in the Premier League will prove more challenging than his previous role at Le Havre but to be written off so quickly simply for being unknown to many in this country was just amateur punditry. Bradley is a coach who might not be best known here but his record with the US national side saw him earn plenty of plaudits and while he could’ve had his pick of any MLS manager jobs, he sought to improve his understanding of the game and became Egypt manager before entering club management in Norway at Stabæk before leaving there for France.

He arrived in South Wales with the impression that he was certainly the choice of the new American investors which at least would suggest he has their support for the mid to long term, results pending. Two points from his first five games hasn’t been the most encouraging but having snatched a draw from the jaws of victory at Goodison last weekend, Swansea come into Saturday’s game on the back of something other than a loss which hasn’t happened too often this season.

If Palace manage to keep Gylfi Sigurdsson quiet on Saturday, we’ll have gone a long way to picking up something from a distant trek. Sigurdsson was fairly anonymous when we visited last February but with his one moment of class in the first half, he scored. Not only is he pivotal to Swansea’s style of play, he’s also one of the best set piece takers in the league and Palace must be careful to not concede too many free kicks within striking distance when the Icelandic midfielder is on the park. Sounds obvious but you’d have thought we’d have been aware when we last went to The Liberty.

Defensively, they've suffered from losing lynchpin, Ashley Williams, who sought new pastures and was swiftly signed up by Everton. His replacements don't appear to be in the same league as the Welsh skipper and certainly don't offer the invaluable leadership that Williams offered so effortlessly.

New recruits for the top end of the pitch haven't paid off either with both, record signing, Borja Baston and Fernando Llorente struggling to adapt to their new league. Llorente, he formally of Atletico Bilbao, Juventus and Sevilla, looks nothing like the player with such a stellar past and needs to up a few gears if he's to have the effect that it was desired he would have.

All in all, this isn't going to be easy for Bob Bradley, however enthusiastic he appears and deep down he'll know that. If there wasn't such a desperate situation going on at The Liberty, it's unlikely he'd be in charge. If he gets The Swans out of what looks like a dire scenario then his stock will rise incredibly and his appointment will look an inspired one.

Although not in the bottom three, yet, Palace are probably the closest crisis side in the division after Swansea so Saturday really is a huge game for both sides. Win and the world looks a lot brighter. Lose...

Well, let's not think that far ahead.