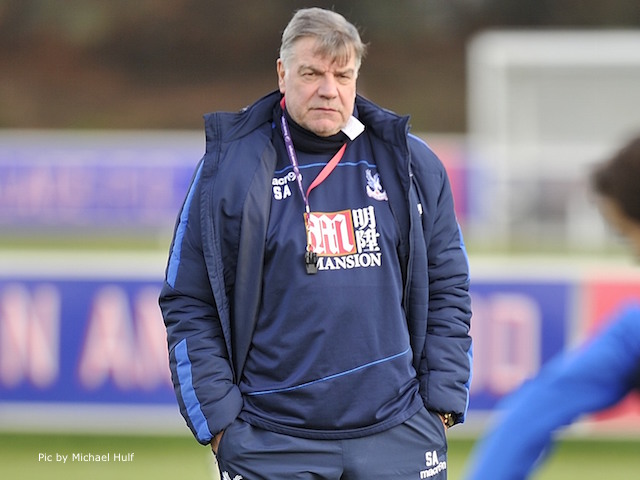 If you could give me an ideal fixture this weekend, I dare say Watford at home might be my choice.

I’m not exactly sure as to why I think that but it just seems a good fit given our circumstances and this stage of the season. The Hornets aren’t an immediate rival in our efforts to stay up and nor have they regularly demonstrated the class to instil much fear into the minds of Palace fans. That said, this is Palace and optimism is as easily blown out as it builds so if Watford wheel off from Selhurst come 5pm on Saturday having won 2-0, don’t blame me.

Currently 13th and with 31 points in the bank, Watford are nearly at the stage where they can make plans for next season but a loss against our lot would take us to within three points of Watford and on similar, if not better, goal difference. While a win would be a huge step to safety for Palace, it could also be the cause of nerves among the Watford faithful that they risk being dragged into a relegation battle that not many are anticipating they’ll be a part of.

Walter Mazzarri is coming to the end of his first season in English management and if, as he should do, he keeps Watford in the top flight, he’ll have succeeded but will it be enough to ensure he remains in work at Vicarage Road going into next season?

Quique Sanchez Flores kept them up, in their first season since promotion, and also led them to an FA Cup semi final but he left at the end of last season. There was an idea that he had become homesick and with offers on the table back in Spain (he eventually took over at Espanyol), a parting of the ways suited both parties given Watford’s limp over the line towards the end of the season. With Mazzarri, there seems to be a little more of a long term plan in place and little expectation that he wishes to depart after just one season.

Once survival is secured, Mazzarri’s attention will be drawn to transfer plans for the summer. There’s quality within the squad but quality in depth is required in this division and Mazzarri, a man who has overseen squads of the calibre of Napoli and Inter in the not so distant past, will be keen to address gaps in the squad he will have identified throughout this season. It’s likely that the club will again look to the continent for targets given the impressive scouting network the club’s owners have developed over the last few seasons. With the Premier League’s cash riches no secret to clubs around the world, picking up quality for good value is proving harder with each passing season but the better your scouting network is, the more likely you are to have success. Palace could, and should, take note.

One man who is likely to be linked with an exit from the club this summer is captain and talisman, Troy Deeney. Impressive before and since promotion, Deeney has started to become regularly linked with a move away during transfer windows. Be those tabloid fables or stories with some element of truth to them, it wouldn’t be a surprise should clubs be looking at Deeney to supplement their ranks.

Impressive with his back to goal and when in front of it, the Watford number nine is a little bit of a throwback to strikers of yesteryear. Not only a goal threat, his role in bringing others into play is vital for Watford and Mazzarri’s preferred style of play. To lose him, only the fourth to score 100 goals in the gold of Watford, would be a huge blow for the club. A huge fee would be required to tempt the powers that be to part with such a prized asset and figure so it would be the decision of those interested as to whether Deeney is worth what I would imagine to be around £25-30 million.

Our win against Middlesbrough provided huge relief and the West Brom win highlighted the significant improvements now evident under Sam Allardyce’s stewardship so another win would keep the spirits high among players and supporters alike. It’s no secret that Palace’s April and May aren’t going to be easy so to take maximum points from March, be it from just two matches, would be a huge boost.