Crystal Palace face a Leicester City side who might be a little distracted by their upcoming fixture against Atletico Madrid. Here's Jack with his eye on the opposition. 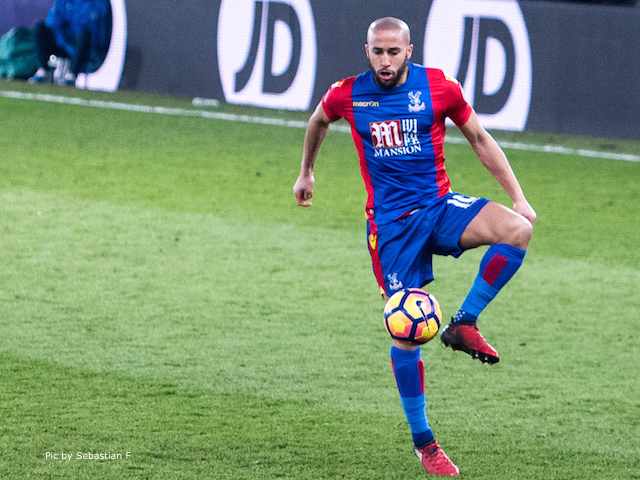 'Fairytale'. Something resembling a fairy story in being magical, idealized, or extremely happy culminating in a group of drunk men ravaging a Spanish square while singing about a British Overseas Territory that only a small amount of them could place on a map.

It was difficult not to enjoy Leicester's march towards the title last season given the charm of Claudio Ranieri, the exciting counter attack style they thrived on and the fact they came from nowhere. A fantastic story that received a lot of coverage.

Fast forward a year and public sentiment towards the club is a little less kind. The removal of Ranieri as manager, whether the right decision or not, left a sour taste of in many mouths and the footage of a small group of the club's supporters tearing up Plaza Mayor in Madrid just this week is unlikely to do the club, or our country's image, any favours either. For an excellent analysis, seek out Jonathan Liew's assessment of it all.

To the football. I caught the last 15 minutes of Leicester's match in the Vicente Calderon on Wednesday and was wishing them to hang on, or even score an away goal. My wish had nothing to do with them but everything to do with us. A 1-0 defeat leaves Craig Shakespeare having to go for it on Tuesday night in the return leg and with Premier League safety all but secured, he can afford to play a little liberally with his team selection for their visit to Selhurst on Saturday. A heavier defeat and there'd be no rationale for leaving out the likes of Wilfried Ndidi, Riyad Mahrez and Jamie Vardy. Now, it's unlikely we'll see Leicester's best players for the whole 90 minutes, if any at all.

Everyone reading this will have an opinion about whether sacking a man who brought the club's greatest ever achievement to it less than a year after doing so was right. Ultimately the change in manager had led to the club being set to secure their Premier League status for next season which was seeming far from certain under Ranieri. Craig Shakespeare, Ranieri's leading lieutenant last season, has assumed the reins and it would be unfair to say anything other than he's enjoyed an excellent start to his managerial career. Defeat at Everton last weekend in a very enjoyable watch was his first in five league games while he also masterminded the victory over Sevilla to ensure progression to the Quarter Finals of the Champions League.

However, even with such an impressive start to his tenure, there's been no public assurance that he'll be in charge beyond the end of this season. There have been suggestions that the club's owners will look to bring in a higher profile name which may even lead to Shakespeare leaving the club. Depending on how the rest of this season plays out, Leicester may be about to face more accusations of dismissing a manager undeservingly.

There's no doubt that Selhurst will be bouncing on Saturday. Given the fantastic result and performance on Monday night, confidence will be sky high and expectation will be that Palace will beat what is likely to be a weakened Leicester side. That said, Shakespeare is likely to call upon the likes of Ahmed Musa and Islam Slimani, over £50 million of talent between just those two, and with the possibility of a good performance on Saturday leading to the chance of a call up for next week's second leg against Atletico Madrid, Selhurst Park will be an audition stage to some.

When Leicester visited last season, they had all to play for and a 1-0 win kept them on the track that would eventually lead to Andrea Bocelli, Claudio Ranieri's dear friend, singing at The King Power Stadium.

A Palace win this time around and maybe we'll have our own concert at the end of the season.

Anyone got Captain Sensible's number?