Crystal Palace travel to Manchester City without their first choice centre-backs, but City also have injuries to contend with. Here's Jack with his look at the opposition. 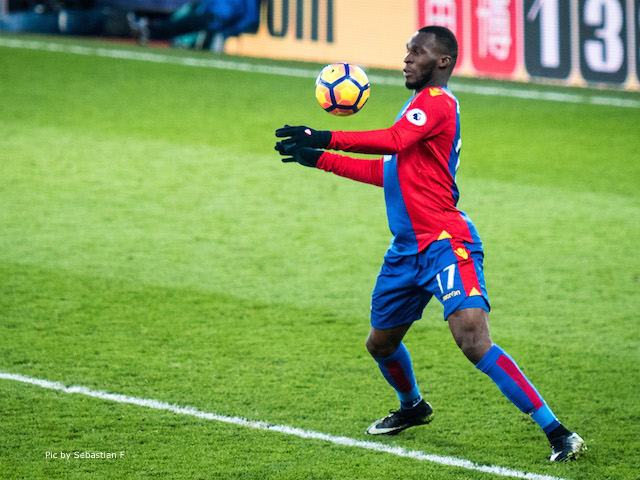 The Premier League. The only football league in which Pep Guardiola could be the messiah in August but be accused of being a very naughty boy come the end of the season in May.

Granted, he's not won anything this season and defeats against Monaco in the Last 16 of the Champions League and against Arsenal in the FA Cup Semi Final, a few weekends back, should've been avoided but the difficulty that the Spanish manager has faced in his first season in England has highlighted that managing in England is a totally different proposition to his previous experiences of Spain and Germany. Perhaps the lack of a winter break or the competitiveness of the league here is to blame but whatever the reason, there's not a chance that Manchester City will be looking to move Guardiola on come the summer despite what might be seen as a fairly lacklustre first season and the delusional claims of certain papers.

Confirming their top four slot is far from certain as it currently stands and the two recent draws against city rivals, United, and the stalemate, against struggling Middlesbrough, may come back to bite them but for the time being, they sit in the fourth and final Champions League spot. Our visit represents a fine opportunity for them to take a step towards securing premier European football returning to The Etihad next season in spite of our stunning run against those floating in and around the top of the table since the start of April.

With Damien Delaney and Martin Kelly struggling so desperately against Burnley’s Ashley Barnes and Sam Vokes last time out, the prospect of City’s attacking options going at them is giving me palpitations. That said, Sergio Aguero is rumoured to be out injured; a blow for our hosts and a boost for us. However, that is likely to mean that Gabriel Jesus, recently returned from the treatment room himself, leads the City line on Saturday lunchtime. The Brazilian had taken to English football as well as could have been hoped by City prior to his foot injury. Since returning, he’s looked sharp and having had a goal ruled out against United, Jesus scored City’s second equaliser against Boro last Sunday to secure, what might become, a valuable point. A striker eager to be on the shoulder of the last defender, Kelly and Delaney will have to be aware at all times of the striker’s movement as given any opportunity, Jesus will move across either centre half in an instant. While his impact this season has been limited by his January arrival and injury, Jesus should be up to full speed next season, and together with Aguero, could wreak havoc.

Between the end of this and start of next season, Guardiola will be keen to sculpture his squad to his wants and needs before going again next campaign. The defence has been highlighted as an area that requires attention and given the frailty that has been displayed on more occasions than Guardiola might have preferred this season, it doesn’t seem a bad place to start. The likes of Virgil van Dijk, Danny Rose, Kyle Walker, Luke Shaw and Jordi Alba have already been linked with moves to City in the summer and with Gael Clichy and Bacary Sagna coming to the end of their contracts and doubts circling the futures of Vincent Kompany and Nicolas Ottamendi, new blood is almost certain.

Goalkeeper is another area that is almost certain to be looked at. Claudio Bravo’s switch hasn’t exactly gone to plan and while Willy Caballero has previously proved himself a decent number two, there remain doubts about him too. As cash rich as they are, despite shelling out nigh on £20 million on Bravo last summer, spending on a new keeper is unlikely to be an issue. With Guardiola’s preference for a keeper who is as happy in possession of the ball as he is in clearing out a penalty area of players, the shortlist is unlikely to be a long one but I’ll make him an offer that he’ll struggle to refuse.

£15 million plus Joe Hart and Wayne Hennessey is his. Phis Alexander, stand by your phone!

Our 4-0 defeat at The Etihad last season, pre-Pep, was perhaps the most comprehensively I’ve seen us beaten since promotion nearly four years ago. City were absolutely magnificent and we weren’t even that awful. David Silva and Aguero played with us and I left grateful that it had been just the four we’d let in. It could be a similar result on Saturday but given the pressure on City, tension will rise the longer we keep it tight and with our threat on the break, you never know.

A point for us would be incredible and, all but, the confirmation of another season of Premier League football. A defeat and we look on to the late game at The Liberty Stadium where it may be a case of us relying on The Toffees to get us out of a sticky situation.