Jack Pierce takes a look at Palace's final fixture of what has been a difficult season, against a beleaguered Jose Mourinho and his fixture-congested Manchester United. 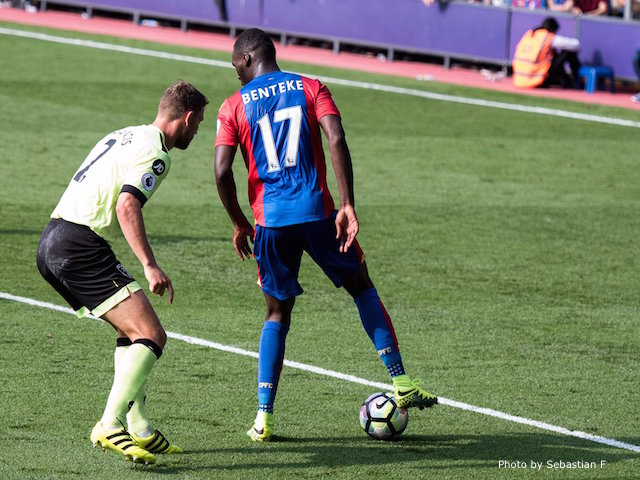 The unlucky souls have reached a European cup final and the mean old FA are still making them play their league fixtures in line with the schedule. Is justice not a thing anymore?

I think it's a fair to say that the love affair football fans, as a collective, supposedly had with Jose Mourinho is dying a slow death. His self pitying martyr act doesn't appeal unless you're a friend of his within the written press and while he may think his United side are being given a tough time in terms of fixture scheduling and the pressures put upon he and his players, there's not much sympathy from outside of the club.

This week, there have been suggestions by paid up journalists that United's final match of the season should be moved in order to prepare them better for next Wednesday's Europa League final. Such logic is flawed on so many levels but none have struck me more than how disrespectful that would be to their opponents who just so happen to be us. They only secured a place in the final last week so only then would the fixture have been moved causing a huge level of frustration for away fans who had already made arrangements to get there. Anyone who speaks such nonsense is a fool and has lost their connection with their audience and yes, John Cross of The Daily Mirror, I'm talking to you!

This idea that United are representing all English fans is another notion beyond comprehension for me; in fact, I'm gunning for an Ajax win. Just because my club shares a domestic competition with another doesn't mean I want them to be successful in European competition.

Provided they win the final next week, you’d be hard pushed to say that Mourinho’s United haven’t had a successful season given they would’ve won two trophies and secured Champions League football for next season. That said, few have been that impressed by what’s been occurring at Old Trafford this season. The expenditure was huge and expectation perhaps even greater but given the host of players at Mourinho’s disposal, I can’t think of too many occasions when a United performance has blown onlookers away and you can’t say their title challenge faded throughout the season because it never actually started. A more readied title challenge next season will be expected by fans and board members alike but in an era where money is of such vital importance, Mourinho can point to the securing of Champions League football provided all goes to plan for them in Stockholm.

In regard to last summer’s new arrivals, Mourinho has seen mixed results. Eric Bailly has settled very nicely and could become a fixture in United back four for seasons to come. Zlatan Ibrahimovic has scored goals and proved that, despite what some ‘experts’ suspected, he was able to cut it in England. Injury curtailed his season and questions remain as to whether he will ever play in United red again but his signing has proved a success. Henrikh Mkhitaryan has shown glimpses of his undoubted class but his manager, at different stages of the season, has struggled to find a place for him in the side from which he can exert his full influence. He’s often found himself going back towards his own goal in view of defensive responsibilities put upon him by Mourinho and thus limiting his influence further forward but he’s not the only one that the United manager has perhaps not got the best out of.

What must be said about Paul Pogba is that he didn’t put such an incredible price tag around his neck but there are very few who will say that the French midfielder has got anywhere near to justifying the outlay United made to bring Pogba back to Old Trafford last summer. He was the poster boy of Euro 2016 and such pressure upon him there may well not have been the best preparation for a season during which he’d be so under the microscope but surely United fans were expecting more. He has done some things very well and his performance at Selhurst under the December sky was maybe one of his finest in United colours this campaign. He was excellent, grabbed a goal and for much of the game dictated the tempo of the match.

The expectation next season will be that Pogba’s performances are better more regularly but that may depend on whether his manager allows him to have that element of freedom to his game that Max Allegri, his coach at Juventus, allowed him to have. With that freedom came the opportunity to be an extra attacker in the opposition penalty area, play higher up the pitch and trust that his naturally adventurous style of play wouldn’t risk leaving the defence behind him vulnerable.

If the midfielder is to have the impact that so many expect him to, something will have to change in terms of either his playing style or his manager’s instruction. If nothing changes, another season of slightly over the top criticism awaits.

There’s been talk, mainly from the United manager himself, that a very inexperienced 11 will take to the pitch on Sunday in the red of United.  Last time that happened for a Palace visit was a particular Wednesday night when Darren Ambrose scored the best goal Gary Neville has seen at Old Trafford and Wilf was the best player on the park for much of the game. Well, there’ll be no Darren Ambrose this time around but I’d put money on the second happening again.

Wilf goes back to Old Trafford without having to prove anything as he comes to the end of what has been the best season of his career. You wouldn’t put it past him to round off his season with another stellar performance but even if he were to pitch up with a picnic blanket and sit in the centre circle for 90 minutes, I doubt too many Palace supporters would care.

Sunday could’ve been a nail biter but having done the necessary last time out, the Palace faithful will travel, out sing over 70,000 United fans and send our lot off on their summer holidays with a lots of noise come the final whistle.