Crystal Palace face a West Ham side rejuvinated by a surprising 3-2 win over London rivals Tottenham Hotspur. Here's Jack with a look at Saturday's opposition. 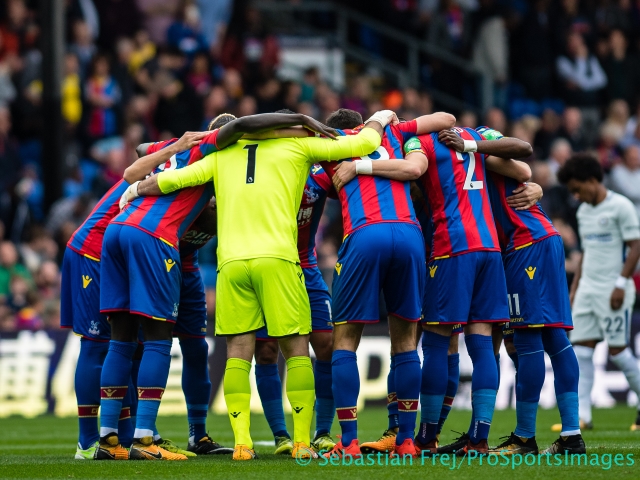 I thought I'd wait until after West Ham's League Cup tie at Spurs to be over before I put my thoughts down about this weekend's game given the delicate state of Slaven Bilic's grip on the The Hammers' manager's job.

At half time, I thought I may well be writing about how Spurs will need to adapt to a caretaker manager on Saturday, as I anticipated Spurs would go on to win handsomely as they led by two going into the break. I, and I presume many others, anticipated wrong as three West Ham goals in 15 or so minutes stunned Spurs and sent the travelling faithful into rapture. They hung on and while it might 'only' be the League Cup, it's likely that the performance and result will heighten the confidence within a group of players who'd have been struggling after the god awful performance against Brighton last Friday. Alternatively, the feeling around our place won’t improve after our defeat at Bristol City; the only saving grace being the players likely to be starting on Saturday weren't anywhere near Ashton Gate on Tuesday night.

Bilic, a man respected within the game for his sharp intellect and willingness to engage with the media, is certainly under pressure. While Wednesday night's win will have saved him until at least after the weekend, a Palace win will put the spotlight straight back on the Croat. West Ham sit 5 points ahead of Palace, in the main because of two home wins against Huddersfield and Swansea - two opponents who left our place with the points.

The pressure on Bilic is from both inside and outside of the club. The media's providing its usual clamour for a manager to be under pressure but with both Craig Shakespeare and Ronald Koeman being relieved of their respective duties in the last week or so, the pressure on Bilic perhaps isn't as vociferous as it could've been. However, the pressure from within the club, and especially from fans, is noteworthy. The now-not-so-new stadium appears to be nothing but a source of consternation for Hammers' fans and it maybe offered Bilic some more time last season than he warranted as it was a tangible excuse for why performances had dropped off so badly from the season before. Now though, fans are expectant and want results. Performances like the one offered last Friday against Brighton can only lead to one thing for a manager and that specific result quite nearly was the end for Bilic.

Player wise, Javier Hernandez's arrival from Bayer Leverkusen was perhaps the most notable arrival during the summer. The Mexican, the owner of an incredible goals per minute record in the Premier League, is a known quantity to fans of English football after his spell at Manchester United and he has already shown he still possesses the habit of popping up in the right place.

However, it's clear that some of West Ham's other players feel far more confident when Andy Carroll is at the top end of the pitch and an out ball is available all the time because of his aerial prowess. Experiments with playing both have occurred with lacklustre results but if a big man/little man combination was to appear in the one man up top obsessed top flight then one of Carroll and Hernandez is certainly one you'd expect to work given time and encouragement for those around them to play to both of their strengths.

It's a big game on Saturday, we all know that. A Palace win and we're on the heels of a fair few sides above. A defeat and all the goodwill drawn from the superb win against Chelsea a fortnight ago will start to evaporate at an ever increasing rate.

Saturday night will see the clocks go back an hour. Defeat on Saturday may be another step in the direction of the club going back years.

Somehow still England number one in the eyes of Gareth Southgate, Hart’s form over the two and a bit seasons has fallen off a cliff. Unwanted at his parent club, very inconsistent during his loan spell at Torino and now unconvincing at West Ham, there is still quite a volume of onlookers who suspect Hart won’t be between the stick come England’s first game in Russia next summer.

That said, on his day, Hart’s still a superb keeper who has retained a sense of self belief that he’s possessed throughout his career despite his recent struggles.

Let’s get it out there – this bloke loves scoring against us so if West Ham do bag on Saturday, be it one or more, he’s likely to be involved if not scoring himself.

A lovely player when in full flow, the Argentine was brought to England by Bilic from Al Jazira in the UAE. Clearly more than capable of playing in one of Europe’s top league, the midfielder has blossomed since arriving at West Ham and since the sale of Dimitri Payet, he is perhaps the most technically gifted player on The Hammers’ books.

Signed for a fairly vast sum after just one season at Swansea, Ayew has struggled at West Ham for a number of reasons. Injuries have got in the way of finding any consistent form and when he has been fit, he’s found starting places hard to come by.

More effective when playing off a central striker, the former Marseille man is very much a threat to any defence when confident and fully fit. After two goals in Wednesday’s win at Wembley, he’ll be hopeful of a starting place and the chance to build on that impressive individual and team performance.