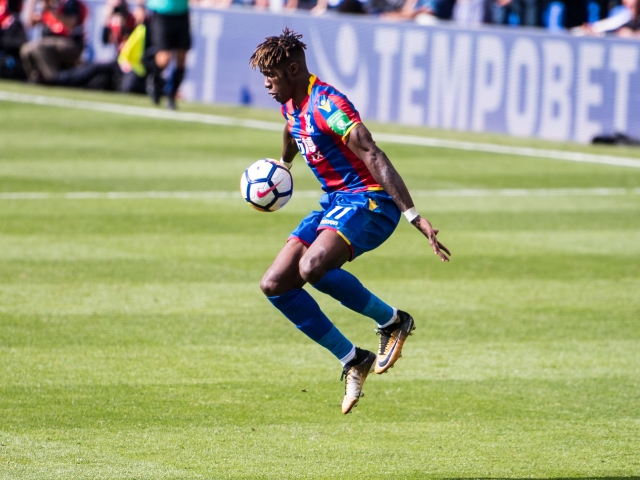 As the Palace media team so wonderfully put it on Saturday, we've been waiting for them and now it's here. Brighton have FINALLY joined us in the top flight.

Four and a half years after Sky's Daniel Mann screamed 'Oh yes!' as Wilf smashed his second goal of the game and secured our passage to Wembley, the biggest derby we have is upon us again. Some might not know why it's such a rivalry but for those in the know, this is perhaps the biggest game of the season for both sets of supporters.

I'd be hard pushed to say Brighton's start to their first Premier League season, and first season in top flight since 1854, hasn't been impressive. Safely in mid table and without being completely outplayed by any opponent so far this season, Chris Hughton must be delighted how his squad has adapted to the division. Beaten last time out by Manchester United but complimented by Jose Mourinho for their performance and resilience, Brighton won't be coming into this one lacking confidence. Unbeaten at The Amex since their opening day defeat to Manchester City and with our lot goalless and pointless on our travels so far this season, it all points to a home win but this is Palace/Brighton. Form doesn't matter; just ask Gus Poyet and Will Buckley.

Summer business was clever by Hughton and his bosses. David Stockdale's surprise decision to move on despite Brighton's promotion meant that the club brought in the impressive Matt Ryan from Valencia; quite possibly an upgrade. Davy Propper and then Jose Izquierdo both broke the club's record transfer fee and Pascal Gross, one of the most impressive attackers in last season's Bundesliga, arrived from Ingolstadt from a tiny sum. All seem to have settled into life on the south coast and Gross in particular has highlighted that Premier League-ready players are available out there for very attractive prices - an area where Brighton are maybe outdoing their rivals from up the road.

However, those that impressed for Brighton in their promotion season should also be noted. Lewis Dunk and Dale Stephens have also impressed in their first experiences of Premier League football and Glenn Murray has led the line and provided a goal threat for his side when called upon which will prove no surprise to Palace fans; some of whom still question the wisdom of letting him go despite that being over two years ago.

Working in Lewes, there are a fair few Brighton fans in and the around the place. Funnily enough, more than there were a year or so ago. They're confident of a win for their lot and I've kept quiet and just nodded along and said that logic would suggest they might be right. But since when did logic win football matches? Come on, you Palace!

Deemed not quite the necessary standard at Everton, the Irish centre half is proving all doubters wrong with an outstanding start to his Premier League career at Brighton. Superb aerially and part of a very impressive partnership with Lewis Dunk, Duffy is one of the Chris Hughton's most important players.

The German, signed from Ingolstadt in the summer, has hit the ground running this season. Goals and assists have been in regular supply and his signing is perhaps one of the most impressive pieces of business by any Premier League club in the summer. Happy to play within a midfield three or just off a central striker, Gross poses a constant threat to oppositions. Give him time or space and he's likely to create a chance or threaten the goal himself. Don't be surprised if a certain Serbian midfielder has plans for him.

It had to be him, didn't it? Whatever you say about Palace and Brighton, it's difficult to dispute that both sets of fans love Murray. He's a player whose had hugely positive impacts at both clubs and his goals are a large reason why Tuesday night's fixture is a Premier League one. Smart off the ball and lethal in front of it, it took Murray time to reach the top flight but since he has, he's proved he's more than capable of making his mark.