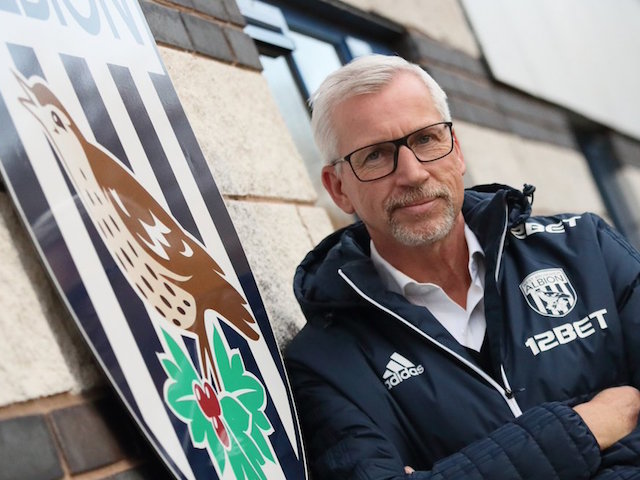 Someone has actually given him a job?!

Six league wins in a calendar year before finally being fired at Palace and West Brom have deemed him the suitable replacement for Tony Pulis.

Alan Pardew is either the finest interviewee going, the West Brom interviewers were on the razz before the interview or it's a combination of both because this appointment is baffling. Had Pardew been appointed the manager at a mid table Championship club looking to launch a promotion bid you might understand the appointment but an established Premier League club who look set for a relegation battle going for the former West Ham, Charlton and Newcastle boss is just odd. There's not even a previous tie to the club to look upon and as far as I'm aware Mark Bright doesn't have the ear of The Baggies' owner.

Pardew will bring a knowledge of the Premier League to the dugout but he had that when Palace lost 5-4 at Swansea having led in the 90th minute and going long runs without a league win. Yes, the cup run was great but it didn't excuse the year of dreadful league form endured by supporters and it can be argued that his mismanagement of the final lost Palace the club's greatest chance to secure an honour.

As proven when appointed with us, Pardew will instil some confidence into a group where it might have been lacking towards the end of the previous manager's tenure. Pardew thinks he's great and therefore his go-to is to tell his players they're great too; it builds a sense of unity and increases the belief that they can beat anyone. We had it ourselves; wins at home to Spurs, City and at Anfield all came in Pardew's first four months as Palace boss where confidence was at its most evident.

The issue comes when such an approach isn't earning such positive performances and wins any longer and the players come off autopilot and seek the manager's guidance. From his time at Palace, it looked as though he just repeated the "You're all great!" card. That worked on occasion but there were more and more times when it was quite clear that the players weren't given sufficient instructions in order to beat who was in front of them. It may well be that Pardew's ability to pick a team off the ground and get them playing for six/nine months is the sole reason for his appointment and West Brom might be best suited to say thanks and goodbye as and when he secures his side's Premier League status if and when that happens.

The prolonging of Pardew's Palace reign wasn't his fault and those in boardroom should take some responsibility in view of his tenure going on far too long given results but in stating, this week, that he was unfairly treated by Palace when sacked, you've been warned, West Brom fans. Enjoy the likely upturn in fixtures but don't be surprised when the accepted mediocrity sets in.

Pardew inherits a squad of experience very much in the mould of the previous manager at West Brom; steady, defensively minded with a limited goal threat. The Hawthorns’ faithful became disillusioned with football under Tony Pulis and the new manager's brief will surely include the adoption of a slightly more pleasing on the eye style of football. There's more than enough within that squad to ensure top flight status is maintained but seeking a few more attacking options may be the aim of the January transfer window given the lack of potency in front of goal so far this season.

Given that it’s Pardew and he has this ability to lift a team in the short term, I’ve not got great hopes for Saturday from our point of view. That said, we’re unbeaten in three and really shouldn’t be going to The Hawthorns thinking negatively.

Positivity and optimism, you say?

One of the more underrated goalkeepers in the Premier League, Foster has been an excellent servant for The Baggies since arriving from Birmingham City.

A superb shot stopper and one of the more vocal goalkeepers in the league, Foster’s relationship with his defenders is excellent and was a fundamental part of the success Tony Pulis did experience with West Brom. While the side’s form has taken a drastic drop this campaign, Foster is still capable of winning his side points with his performances.

West Brom did well to keep Evans at the club during the summer. Both Arsenal and Manchester City made substantial and numerous bids for the centre half but Pulis insisted that his club stay firm and refuse all offers.

Evans, now club captain after the departure of Darren Fletcher in the summer, seems happy enough to stay for the time being but you can envisage a time when Evans asks the club to not obstruct a move to a bigger club, particularly if that club is offering Champions League football.

A player that Palace were linked with a number of time prior to him making his move from the south coast to The Midlands, Rodriguez has had to fight back from horrendous injuries. Most neutrals were happy to see the attacker return last season and continue his recovery this term, albeit elsewhere.

On his day, Rodriguez has the beating of most defenders and if Alan Pardew is lucky and Rodriguez maintains fitness and form, he’ll have a fine option available to him.