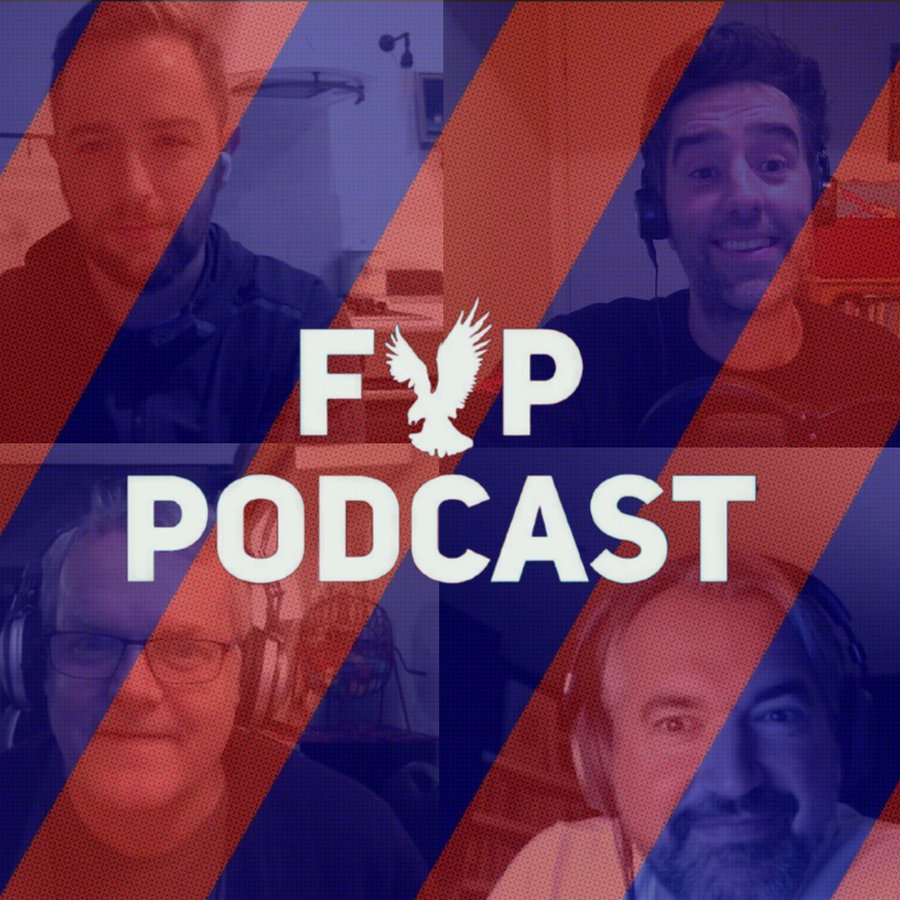 Sponsored this week by Eternity Home Finance. For a free consultation on anything to with…
Oct 28, 2020 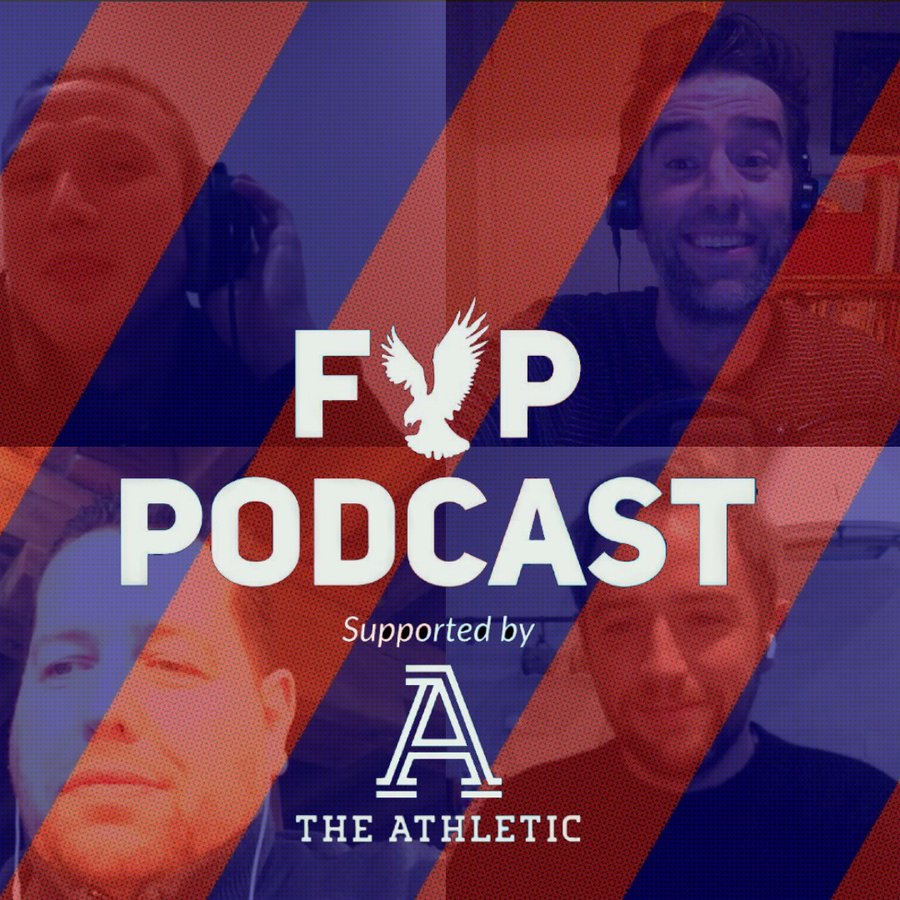 Supported by The Athletic. Visit theathletic.co.uk/fyp to start a subscription for just…
Oct 22, 2020 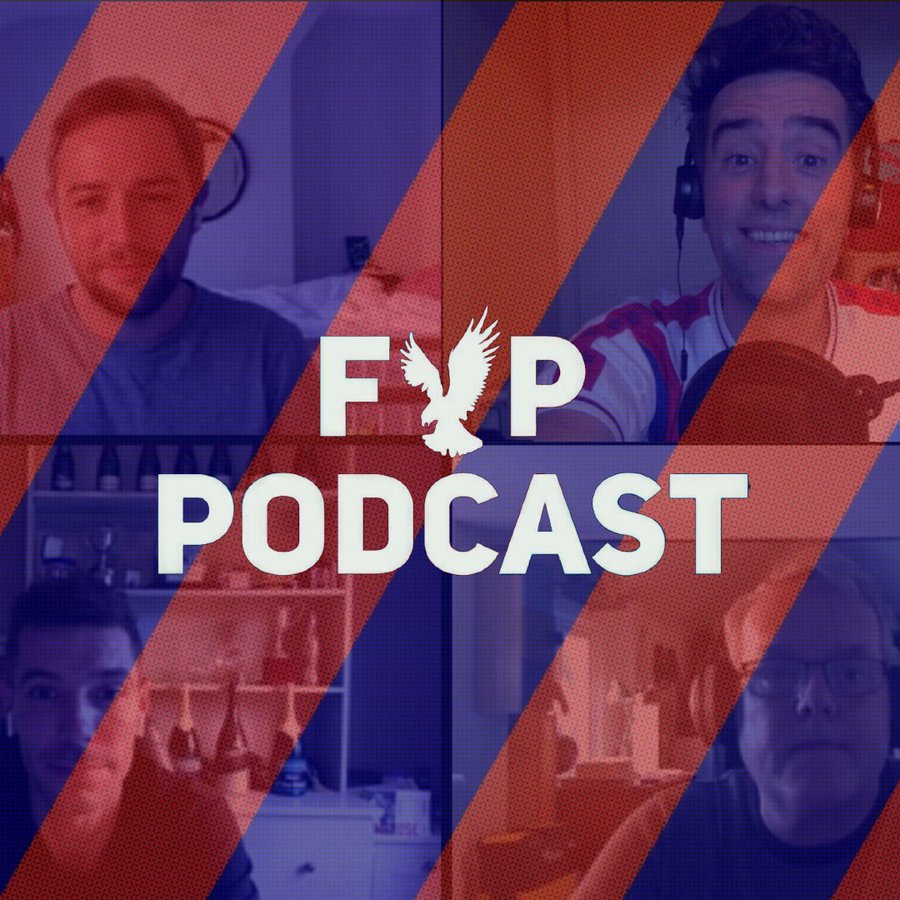 This week we are sponsored by Serenity Massage Therapy: making the world a more…
Oct 15, 2020

Massive disappointment for Palace in the FA Cup final after extra-time defeat to Manchester United. Here's Rob Sutherland with 5 things we learned at Wembley. Palace played their gameplan in a way that, for much of the match, stifled Manchester United. The goals they scored were disappointing in timing and in the build-up, but you can't fault any of our players for the work and effort they put in.

Palace were, after all, just seven or so minutes away from a memorable win. It wasn't to be.

2. Jason Puncheon is a match-winner

Jason Puncheon's mother was in the crowd at Wembley. Before the match, she cried at the emotion of it all. I can't imagine how she would have felt when she saw her son score the opening goal of the competition.

Punch is a match-winner. He didn't win this one but he took us oh-so-close. This is a guy that influences play - he controlled the ball better, had a better grasp of his positioning and made Palace tick a bit more. It was a shame he didn't start the match but he showed his worth when he came on.

3. Man United were as classless as usual

I think, as Palace fans, we're decent winners. It's not great to goad or antagonise opposing fans when they've just seen their team lose. Not so for Manchester United. The post-match atmosphere was somewhat vicious - walking around the ground, United fans took great pleasure in mocking a support that gave everything to try and push their team to a win.

As if to underline the point about classlessness, Manchester United quickly leaked the story that Van Gaal would be sacked minutes after their FA Cup win. Given the way in which the club still idolises the thuggery of Eric Cantona and Roy Keane, perhaps we shouldn't be surprised.

It didn't take long for some football writers to suggest Alan Pardew's dance was to blame for what happened just two minutes after Palace scored. It's a highlight of the sheer double-standards in some media circles - Juergen Klopp does similar in most of his matches and you don't see crap written about it when his side lose two cup finals.

You can't really blame someone for showing a little bit of delight, can you?

If EVERY opposing fan isn't doing this dance towards Pardew, at EVERY game next season, I'll be very disappointed. https://t.co/3xfFdvdoQj

Our fans were outstanding - from the beginning to the end of the match. We stood, sang, supported and cheered our heroes on, whether it was in the build-up to the match or the moment they went up to collect their medals. It's difficult to be graceful when you see your team lose an FA Cup final - but we did it. The display, organised by the Holmesdale Fanatics, was incredible. It provided a visual impression of just how different our fans are from the rest in England. Meanwhile, on the other side, Manchester United fans unfurled a banner created by the club - a pithy, corporate attempt at displaying unity. Give me a support that, unified, makes an endless racket in a display of colour and vibrancy over just being a bunch of people all in the same place at once.