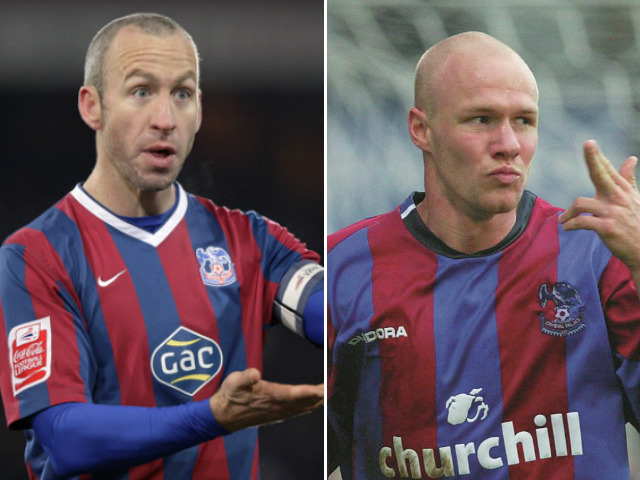 Well this is massive news! Palace legends Andy Johnson and Shaun Derry have agreed to play with Eagles fans in the annual charity clash against arch rivals Brighton.

The Robert Eaton Memorial Fund clash takes place each year between Palace supporters and Seagulls fans in memory of Brighton fan Robert who was killed in the 9/11 attacks in New York City.

The fund has raised more than £150,000 for impoverished children in America, Africa and England in the 15 years since the attacks.

Johnson famously scored a hat-trick for the Eagles against Brighton in 2002 as the Eagles smashed their arch enemies 5-0 and Palace team organiser for the night Ben Long is hoping for a repeat of that on May 30th. He said: "As I said after the defeat on penalties last year, I would try and get some quality ex-pros on board and I am delighted that AJ has agreed to play for us.

"Thanks to Steve Browett for speaking to AJ on our behalf, and hopefully his presence will see a few more Palace fans come down to support us, and help raise some more money for a great cause."

AJ told FYP: “I was delighted to be invited to play in the annual REMF game.

"It is a match that has much importance to a wonderful charity and to fans of both clubs.

"I will be honoured to play for the Palace team at Brighton’s Amex Stadium."

AJ is only 35 and played for Palace just over a year ago when he rejoined on a free transfer in the 2014 summer transfer window but played just one League Cup game. In his previous stint at Selhurst he scored 85 goals in 160 games and was voted into the club's Centenary XI side.

Derry played 99 times for the Eagles, some of them alongside Johnson, and captained the side in that infamous game against Sheffield Wednesday in 2010 when the club's future was in the balance.

They both follow in the line of some other former Palace favourites who have turned out in the charity game over the year, including Simon Rodger, Simon Osborne, Eddie McGoldrick, Robert Quinn and even Peter Taylor.

AJ's appearance will hopefully encourage plenty of Palace fans to attend the game, which takes place at Brighton's Amex Stadium on Monday May 30th at 6pm.

Tickets will be £5 for adults (with under 16s getting in free) and all proceeds from the night go to the charity.

Brighton lead the series 9-5 and Palace need to get a win back this year but with Johnson in the ranks the chances of that just went up massively.

If you can't make it on the night you can always donate to the cause here via its Just Giving page.