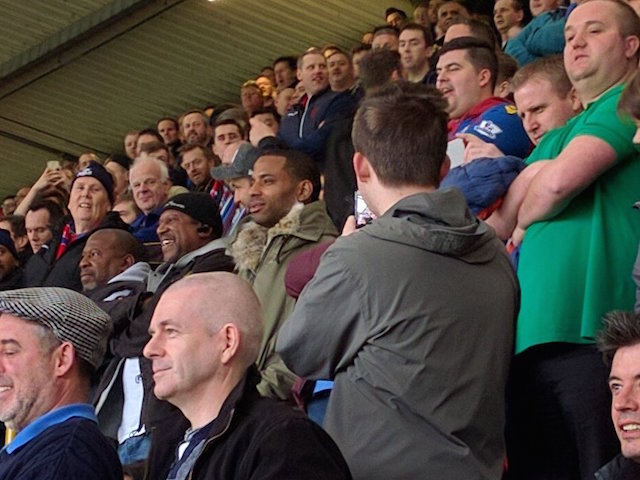 Jason Puncheon is currently injured and out for a bit, but instead of watching Palace's FA Cup win at Spurs from the dugout, he joined the 5,000 Eagles fans in the away end.

And he loved it.

It was the first time the 29-year-old had sat with the Palace fans since he was 10 and he told TalkSPORT he would do it again given the chance.

“I would do it again, definitely,” he said. “I really enjoyed it from the moment I walked in there to the moment I left.

Puncheon getting a rendition of 'He's one of our own...' #cpfc pic.twitter.com/O41SnduL9m

“I was going mad [when the goal went in], as soon as we scored you just felt the place erupt.

“Palace fans can carry you through a game as a player, so I just thought I wanted to experience that myself to see what it was like. It was a wonderful experience, it was great.”

Listen to the entire interview below in the soundcloud player; Punch really does come across as a genuinely top man who loves Palace and the fans.