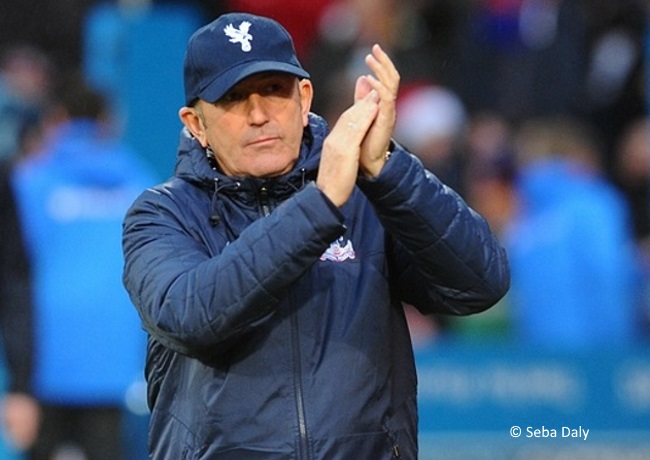 View Comments
Tony Pulis has been ordered to repay a £2m bonus, a £1m fine and legal expenses to Crystal Palace after an independent Premier League panel decided to rule against him. We had a few pressing questions about it, so we thought we'd ask our resident legal eagle Andy Street (who just so happens to specialise in Sports Law) about the ruling - and what it means.

The first question is, most importantly, whether this decision is legally binding?

In short, yes. FA Rule K Arbitrations are legally sanctioned alternative dispute resolution proceedings (under the Arbitration Act), so are recognised in law as being a way to resolve disputes without going to court. The parties to whom Rule K applies (more on that below) will have agreed to arbitrate under this rule of the FA's. The basic result of that is that if a ruling from a Rule K Tribunal goes in your favour you can enforce your right to be paid the amount awarded to you in the courts. So if you win your Rule K arbitration against a manager - let's hypothetically call him Joni Mewlis - and he then refuses to pay you, you can march off to the High Court seeking a court order that he has to pay you the amount awarded. In practice this is usually unnecessary as the losing party will pay up, but it's an option and demonstrates that they are legally binding.

So how can the Premier League do this?

It's not the Premier League, really, but the Rules of the FA. All clubs, agents, players and managers agree to be bound by the FAs Rules as a term of their being registered to participate in FA competitions or be registered under FA jurisdiction. Premier League clubs also have to agree (as with Premier League managers) to abide by the FA's Rules. One of the terms of those FA Rules that clubs and managers all have to abide by is Rule K. Under Rule K, managers, agents, players, and clubs, have to agree that they won't all march off to court and will instead deal with any dispute by Rule K Arbitration. Which means none of us can march off to Rolls Building to watch cases like Palace v Pulis - how disappointing.

Does Pulis have any grounds to challenge the ruling ?

Just so I don't get in trouble with anyone, I should probably note that I haven't read the reported decision or how each party's case was stated. However, in general there are very limited rights of appeals for Arbitrations, and the same applies to FA Rule K proceedings. In essence you can only appeal, which would be done in the courts rather than an arbitration, if the Tribunal should never have been asked to decided the case in the first place or if the decision is subject to some really serious irregularity. Usually that would be only applicable if the Tribunal has shown some bias or made a decision as ridiculous as starting Wayne Hennessey over Julian Speroni. It's fairly rare for arbitrations to be successfully appealed generally, and this is equally true for FA Rule K arbitrations.

If it's legally binding, why isn't the process carried out in an actual court?

In essence because it is usually quicker, sometimes costs less, is private, and the parties can decide how they want the dispute to be dealt with. Under Rule K both parties get to choose their own arbitrator, and the aim is to get a hearing done within six months or so of everything kicking off. That is far quicker than court proceedings, which for big cases can sometimes take a couple of years. The courts like arbitrations too as it means some stuff can be dealt with without placing a burden on them. And finally it should, in theory, keep some of the messier details out of the papers and allow the football industry to deal with matters privately without everything being aired in public.

Now that Palace have the money, is there anything else Palace can get from Pulis?

I would be surprised if he wants to keep his Palace baseball cap, so may be wiling to return that. Anything relating to the issues in dispute which have been reported should really have been dealt with in this arbitration. Without knowing any details of the specifics - don't make me repeat that disclaimer - you'd imagine they are unlikely to be staring at each other over the top of their QCs again any time soon.

Why has it taken two years to resolve?

In part, because disputes that go all the way to a hearing always take time. There's also the fact that technically you have six years to bring a contract claim if you want to bide your time so you don't have to rush to start an arbitration immediately if you want to deal with things amicably first.

Surely if Tony was owed the money, he should be allowed to have it?

I've told you to stop trying to get me in trouble! It's really difficult to say without reading lots of documents relating to the case exactly what has been decided and why. However, Rule K Panels are usually made up of experienced arbitrators, many of whom will be experienced lawyers with an excellent knowledge of contract law. So it would be unlikely they would ever make an award which made no sense legally.

Can Palace now reveal all?

No! Parties to a Rule K are supposed to keep schtum. Obviously in practice things get leaked all the time. The fact that there have already been stories about the decision show that, but in theory the decision itself is supposed to stay private and if Palace were to print a story on their website, for example, they would likely be found to be in breach of the FA's Rules.
Andrew Street is at Associate of Berwin Leighton Paisner, specialising in commercial dispute resolution, particularly in the Sport sector. Read more here.
Tweet
back to top
Tweet
Category: News