In the second of PalaceTV's Cult Heroes interviews, Sasa Curcic talks about his career, his brief time at the club, and life after football. We took a look. 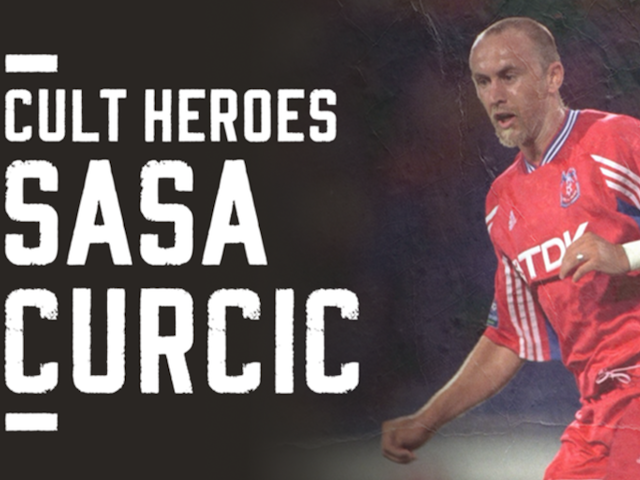 "I just need the chance!"

The words are spoken at an energy-infused volume, but there's a sense of wistful regret behind them - the proclamation of a man who tasted the greatness of football but saw life's other pleasures and struggles derail his career.

Sasa Curcic joined Crystal Palace in the injury-plagued season of 1997-1998, a time when Atilio Lombardo, Matt Jansen and Neil Emblem graced the hallowed Selhurst Park pitch. A time when home wins were hard to come by and away defeats were all too easy.

For a moment, Curcic's arrival seemed to change things - he brought a graceful verve to a midfield that seemed to lack a creative spark. He played a significant role in Palace securing their first home win of the season, against Derby County, and it looked like there might be something to get excited about.

But Curcic's career has been blighted by explosive inspiration followed by frustrating lulls - and his time at Palace was no different. His interview gives some context to this behaviour. Behind the bravado, the booze and the women was a man struggling with depression. He says it took him years go discover his condition, and that by the time he made that realisation, his playing days were over. It's a moment tinged with sadness.

It's telling that this was what many Palace fans will probably remember him for most. Following a bomb strike approved by NATO amid accusations of ethnic cleansing and genocide, Curcic walked around the Selhurst pitch with a Yugoslavia flag and a placard calling on the bombing to stop. He did so to a mix of confused applause and insult. Palace eventually tore up his contract, and years out of the game followed -- interspersed with an appearance on the Serbian Big Brother and interviews about his sexual and partying exploits.

The man we see now is one who, on the face of it, appears to have rediscovered his passion for football. But beneath all of that positivity and energy, that talk of a fresh start, there still seems to be a troubled soul. One looking for validation and a second chance. Had he asked Palace for that opportunity, in the interview, it wouldn't have looked out of place.

Curcic was a wonderful player who, clouded by depression, didn't experience the success it so richly deserved. You get a sense that he wishes he could do it all again. As a coach, perhaps he'll have a chance to influence in a way that he failed to as a player.

For Sasa's sake, let's hope he does.

Click here to watch the interview with Sasa in full for free.