It's been a while since Palace fans had an academy player they could really get excited about, but in Sullay Kaikai, we might just have that talent. 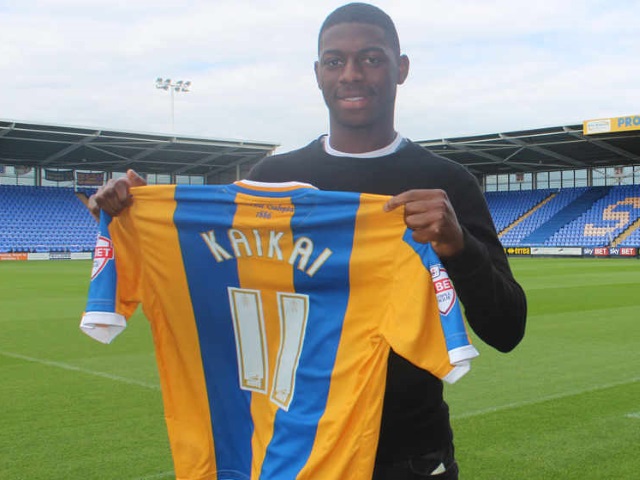 The 20-year-old winger has scored five goals in his last four games while on loan at Shrewsbury Town, drawing plaudits from his manager Micky Mellon and former England defender Rio Ferdinand. He scored this screamer on Friday against Port Vale.

Must be that time again raise a pint or more to @SullayKaikai #salop #shrewsbury pic.twitter.com/d2X6VrzB4g

Kaikai is one of the youth players that Alan Pardew hopes will be involved next season for the club - the priority this season being that he and some of his fellow academy graduates get as much first team action as possible while on loan.

Mellon, his manager at Shrewsbury, has suggested that Kaikai is worthy of an England Under-21 call-up.

"Tell me who's better than him in that Under-21 team? Look at the qualities he has. A young English talent who can score the kind of goals he has for us for so long now.

"He's exciting for the fans and he makes back fours bend with his pace, trickery, directness and his desire to score.

Kaikai clearly has the talent. He's now showing the ability to turn that talent into an end product. Whether that ability transfers into him becoming a regular for Palace is an uncertainty, but he's certainly doing what's required to get noticed.