In a short, sharp statement, Palace announced the departure of popular coach Keith Millen. Here's Robert with a look at what he did during his four years at the club. 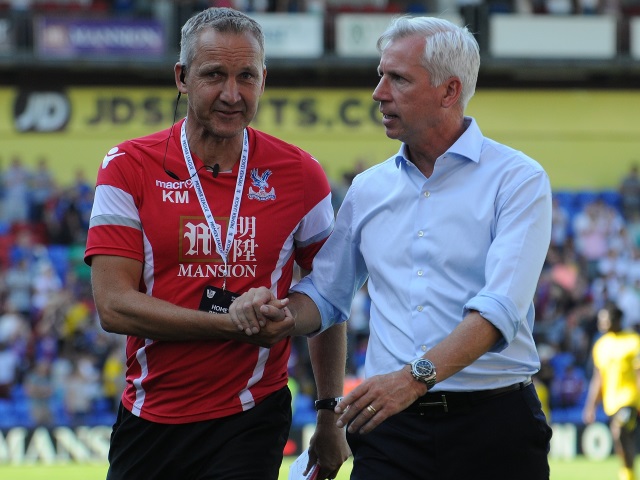 Given the brief way in which the official Crystal Palace website announced Keith Millen's departure, it's only right that we take some time out to thank the former assistant manager for all of his hard work and endeavours over the last five years.

Millen arrived at the club as an assistant to Ian Holloway. While Holloway wasn't the most popular of Palace managers, his assistant has shown charisma, character and dedication in the face of sometimes-difficult circumstances. Millen has seen the departure of Holloway, Tony Pulis, Neil Warnock and Alan Pardew. He has assisted all of these managers, and while those defensively-minded ones were able to use his skills to perfection, others struggled.
The former assistant manager did however play his part in some crucial Palace moments over the course of his time at the club. In his first season, after a difficult start from which Palace could easily have dropped out of the play-off hunt, he helped to oversee a promotion-winning trio of games, drilling a defence into conceding no goals across the three play-off matches against Brighton and Watford.

Millen also took the reigns of the club at two very difficult times, following the departure of Holloway and then, a season later, the departure of Tony Pulis. His first spell as caretaker will always be remembered for the hair-raising win over Hull City -- a game that Palace seemed destined to lose to further confirm their relegation candidacy -- but also the draw against Everton a couple of weeks prior.
Millen then assisted the new manager, Pulis, by helping to form a defensive unit that kept crucial clean sheets and a set-piece regime that seemed to be one of the club's strongest assets.
With Pulis's departure came another of Millen's caretaker spells. While it wasn't as successful, it was a crazily hasty process that gave him little time to really set the agenda. Neil Warnock arrived and then went, and the assistant-come-caretaker was once again tasked with steadying the ship. He oversaw 0-0 draws against Aston Villa and QPR, before Pardew's arrival signalled a further spell as assistant for the Croydon boy.

We've been arguing for a change of coaching staff on @FYPFanzine pod for a while but I'm still sad to see Keith Millen go. Top man. #CPFC

Pardew's time at the club will always be looked at from the perspective of the club's year of poor league form, but it should also be remembered for the great way in which Palace solidifed their Premier League status in Pardew's first season and the threat that Palace were from set-pieces -- something Millen is rightly credited for. Last season, thanks in part to the way Palace performed in testing fixtures against Tottenham, Reading and Watford, the club reached only the second FA Cup Final in its history. Millen, like Pardew, deserves credit for that.
The arrival of Sam Allardyce has signalled the end of Millen's time at Palace. It was arguably time for some fresh voices and fresh ideas at the training ground.
It's rare for an assistant manager to outlast four different managers, but Millen proved an important, stable presence in tumultuous times for the club. We'll always be thankful for that cool, calm head that he provided -- and the dignity with which he represented Palace over the last five years.
Tweet
back to top
Tweet
Category: News