Want to own some cool Palace memerobilia? Of course you do! Read on to find out more. 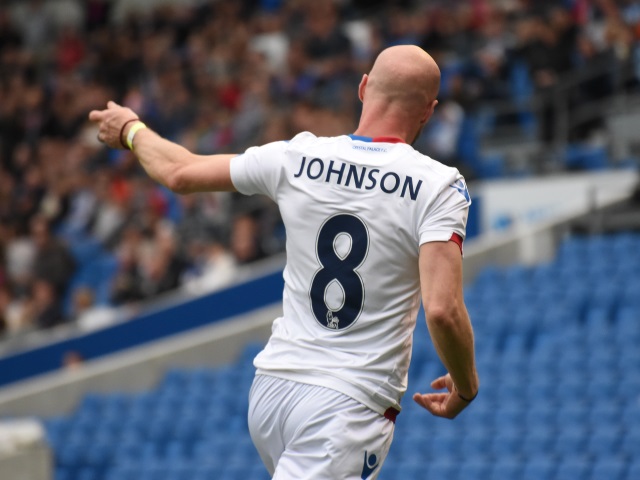 We hope to raise a lot of money for the Robert Eaton Memorial Fund and the Croydon Tram Victim Fund, in honour of a healthy rivalry and a strong community.

We have both of Andy Johnson's signed, match-worn boots with which he scored against Brighton & Hove Albion in last year's Robert Eaton Memorial Fund, as well as a signed, match-worn AJ away shirt from the same game. We also have last season's home shirt signed by Shaun Derry.

You can see some of what happened in that game here:

Who are we raising money for?

The Robert Eaton Memorial Fund is a community-focused charity named after Brighton supporter Robert Eaton, who tragically died in the 9/11 attack in 2001. Palace fans have played against Brighton fans in a yearly fixture since, helping to raise more than £100,000 for great causes, including a £6000 donation to the Crystal Palace Foundation's Powerchair team last season.

The Croydon Tram Victim Fund, created to support the families of victims of the Croydon Tram accident that took place on the 9th of November 2016, which took the lives of seven people including some Crystal Palace fans. Palace are a strong, colourful community club -- the aftermath of the accident hit the club and it's supporters hard -- and it's for this reason we have decided to support this cause.

How can you bid for items?

Tweet FYPFanzine with your bid, along with the reference hashtag (below each image) for each item you're bidding for.

Bidding for each starts at £50, and the highest bids will be RT'd on Twitter with current bid levels. Please bid generously.

The auction will close at 5pm on Friday, 21 April 2017, with the winning bids announced on Twitter and Facebook on Saturday at lunchtime. Winning bidders will be notified by email at 8pm on Friday, and winners must donate their winning bids to the respective charity's fundraising sites or contact, with proof of donation required before the items are transferred. We will advise to which cause the donation should be made.

Here are the items you can bid for, with their respective reference numbers: 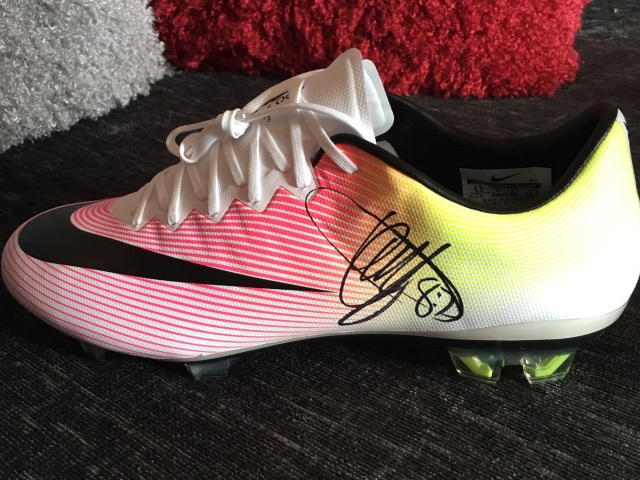 Please use reference #AJ8LB in the tweet when bidding, along with your bid amount. 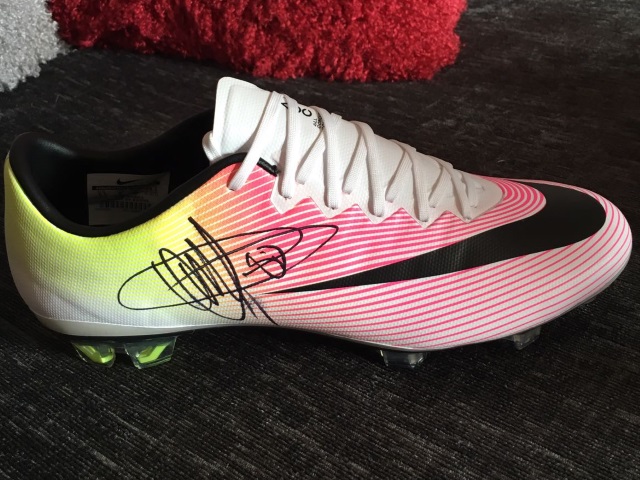 Please use reference #AJ8RB in the tweet when bidding, along with your bid amount.

Signed, match-worn Andy Johnson Crystal Palace Away Shirt, with Johnson 8 printing on BACK. 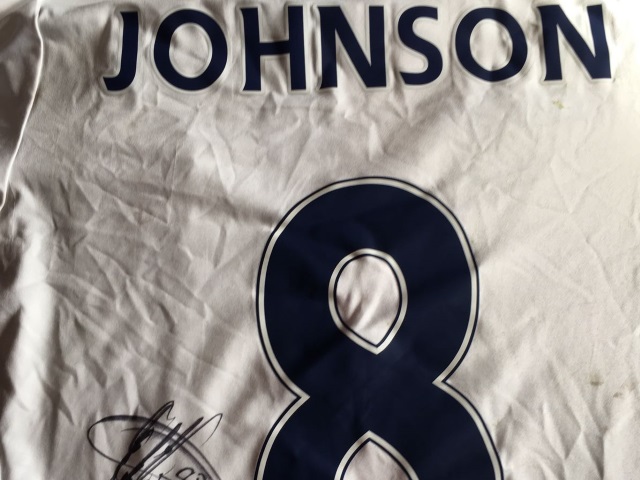 Please use reference #AJ8S in the tweet when bidding, along with your bid amount. 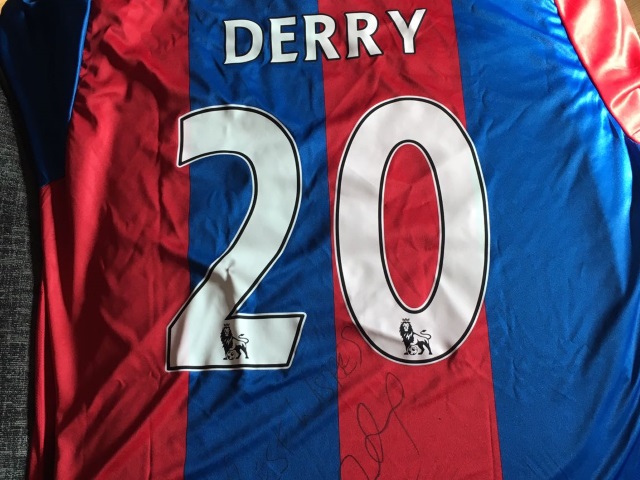 Please use reference #SD20S in the tweet when bidding, along with your bid amount.