Palace fans are desperate to see youth players make the breakthrough into the first team, and with Frank de Boer's arrival, that hope has increased. Matt Woosnam takes a look at who de Boer has at his disposal, and whether they can make the cut. 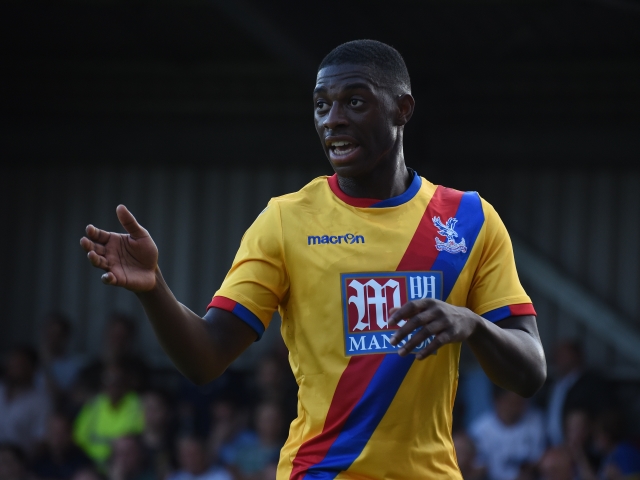 It is no secret that Palace’s academy has been a fruitful one in the past, or indeed that those who come through the ranks are greeted with affection, received warmly, and given backing like few other clubs’ youngsters.

However, there have been few recent graduates of the academy in recent years with just 100 games played by academy graduates who have debuted in the seven years since CPFC 2010 took over the club and subsequent US investment.With new boss Frank De Boer and chairman Steve Parish both stating a desire for youth to break through, there is a chance Palace fans may be able to laud a new starlet, to watch them develop and enjoy their progress. The most likely of the current crop to break through this season is Sullay Kaikai. His name is the most recognised amongst supporters, having capped his debut with a goal against Newcastle in the League Cup back in September 2014.

Nevertheless, that, in itself tells a story. It has been a frustrating time for the winger, who had to wait almost another two years to make his Premier League bow when he was introduced at half-time in the final match of the 2015-16 season against Southampton. Loan spells at Cambridge and Shrewsbury were productive, but upon making the leap to the Championship with Brentford, Kaikai found himself warming the bench on many occasions.There were positive noises from the Bees’ management, and there is no doubting his absolute desire and commitment to the game, but in reality, another season spent in the Championship beckons before he would be thrown into the brave new world of the Premier League.

Hiram Boateng is another who has spent time out on loan, and whose name will be familiar to fans. The defensive midfielder is strong and powerful, with good technique, but has failed to gain experience above League One. Palace were willing to listen to offers short of £500,000 for him last season, but none were forthcoming. That is not necessarily to say he has no future at Selhurst Park, but any move into the first-team in the highest tier of English football looks extremely unlikely for this campaign at least - particularly when there is likely to be strong competition for places in the middle of the pitch.

It is the younger players who hold out the most hope for those Palace fans desperate to see another Wilfried Zaha or Jonathan Williams break through. The likely lads are Luke Dreher, Nya Kirby and Kian Flanagan. It is unlikely they will feature in the first-team this season barring a sudden upturn in their fortunes, but if de Boer is here for the medium to long-term, and he like Parish, who name-checked all three on Holmesdale Radio last season - is serious about giving youth a chance, there could be a place in the next few years.

Scholar-of-the-year Flanagan is likely to spend at least the early part of the season with the development squad. This will be the first year he is no longer eligible for the U18s, such is the regard Palace hold him in that he featured equally in both squads last campaign. The 17-year-old is blessed with the ball at his feet, but it is his ability to refine other areas which will determine his future. Should he progress sufficiently then a loan may beckon in January.

The England U17 international Kirby joined from Tottenham last season and was thrust straight into the U23 side at 16, impressing Palace coaching staff as one of the outstanding performers of the campaign. There are very high hopes for the youngest of these three central midfielders. Like Flanagan, he may spend time in the U23s before moving out on loan.

It is Dreher who is the only one with a realistic chance of debuting this season. On the bench at Old Trafford the season before last, and having travelled with the squad on a regular basis, he has gained invaluable experience. The 18-year-old’s style is reminiscent of that of a young Steven Gerrard and he has plenty of talent. He was rushed back too soon from injury in December before a longer lay-off from the resulting aggravated injury saw him suffer a frustrating season. There is no doubt that Palace will seek to loan him out, and should he perform well then he stands a good chance of breaking through in the next few seasons.

Finally, Aaron Wan-Bissaka has caught the eye of coaches having moved into a right wing-back slot, although again, it is a difficult position to break through in, and he lacks any experience of senior football.

Those expecting to see a raft of youngsters move into the first-team reckoning will surely be disappointed, with Kaikai the only one with a chance of being involved this campaign.