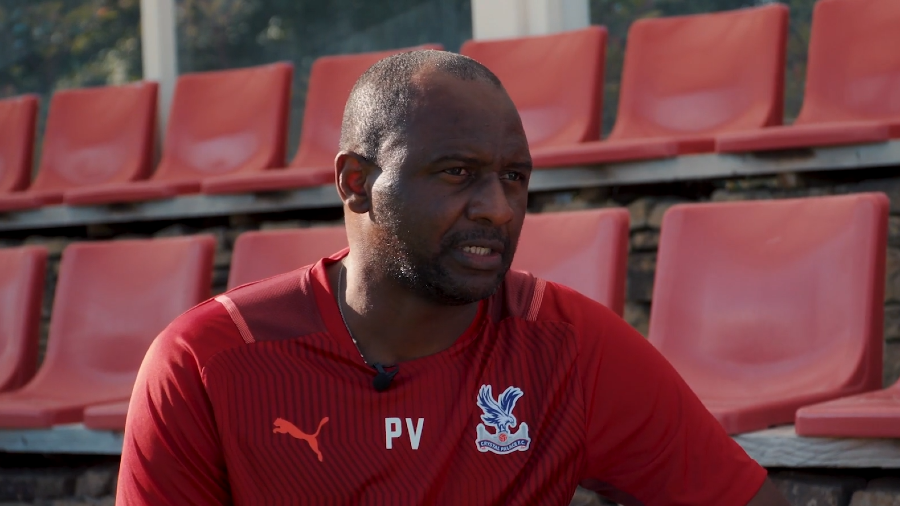 Crystal Palace have today appointed the former Arsenal captain Patrick Vieira to succeed Roy Hodgson as their manager, following a lengthy recruitment process that saw the club spend the majority of the past six weeks looking to hire Hodgson's replacement.

The former Highbury hero, who had spells at New York City FC and Nice as head coach, has signed a 3-year contract with the club and is tasked with taking over a side going through a major squad restructuring process during the remainder of this summer.
Palace appeared to come close to appointing two other managers since Hodgson's departure was announced, with former Wolves manager Nuno Espirito Santo close to agreeing a deal in early June and Lucien Favre all but agreeing to become manager last week only to have a last-minute change of heart. Nuno has since been appointed Tottenham Hotspur manager, while Favre is said to want to continue having a prolonged break from football.
Vieira certainly doesn't have the body of work of Favre or Nuno, but he does come with a wealth of experience as a player in the Premier League and a record of bringing through young players at both of his previous two clubs.
At Nice, Vieira spent much of his time fielding a predominantly young squad in Ligue 1. At a time when Palace are looking to regenerate their squad to reduce the average age, Vieira's experience in managing younger players may have been one of the key qualifying factors for the role.
The major criticism that seemed to be levelled at Vieira while he was at Nice was the lack of a defined playing style. At a time where Palace are moving away from the drilled approach of Hodgson, that might be a concern. It will be key that Vieria is surrounded by a coaching team consisting of experienced heads.
All that said, his win percentage at Nice never dropped below 40%, even in light of the losing run which saw him relieved of his job in December 2020.
At New York City FC, Vieira's record was one of improvement each season, taking the club from a 17th position prior to his arrival to a 4th place finish overall in his first season and a 2nd place finish overall in his second season. It was this impressive spell at City which led Nice to hand him the job.
Vieira's playing experience saw him captain Arsenal through the club's most successful spells ever as he collected Premier League and FA Cup winners medals. His career also saw him achieve domestic success with Manchester City and Inter Milan as well as winning both the European Championship and the World Cup with France.
Unveiling Vieira as manager, Palace chairman Steve Parish said: "I’m delighted and excited that Patrick has agreed to join Crystal Palace as our manager following successfully learning his trade at the City Group, and experiencing positive managerial spells at New York City and then Nice, who he led to the Europa League.

"We have a lot to do to prepare in the coming weeks and I look forward to working closely with Patrick and Dougie in bringing in some new faces to help us all to a successful season."

New boss Vieira added: "I am really excited to have this opportunity to return to the Premier League, and manage this great football club, as we begin a new chapter together.

"It is a project that is really appealing to me, having spoken a lot with the Chairman and Sporting Director about their ambition and plans for the whole club, including the Academy. The club has fantastic foundations in place after many years in the Premier League, and I hope we can make further improvements and continue to drive the club forward.

"I am also very excited to experience the atmosphere the club’s supporters make at Selhurst Park and away from home too, and I know just how important that can be for the team."

With Palace's unusual squad restructuring yet to take place, it will be crucial that the new manager hits the ground running. His first task will be to determine which of Palace's out of contract players should receive new deals. Early reports have suggested that Andros Townsend and Joel Ward are likely to be recipients of contract offers.
Vieira will need support from the club and will have sought assurances during contract negotiations that the club are serious about player recruitment. The next few weeks should be busy.
Tweet
back to top
Tweet
Category: News