Another home game, another draw for Patrick Vieira's team. Coming back from two goals behind left the fans relieved but possibly disappointed not to have come away with more. Here are our takeaways from Sunday's game: 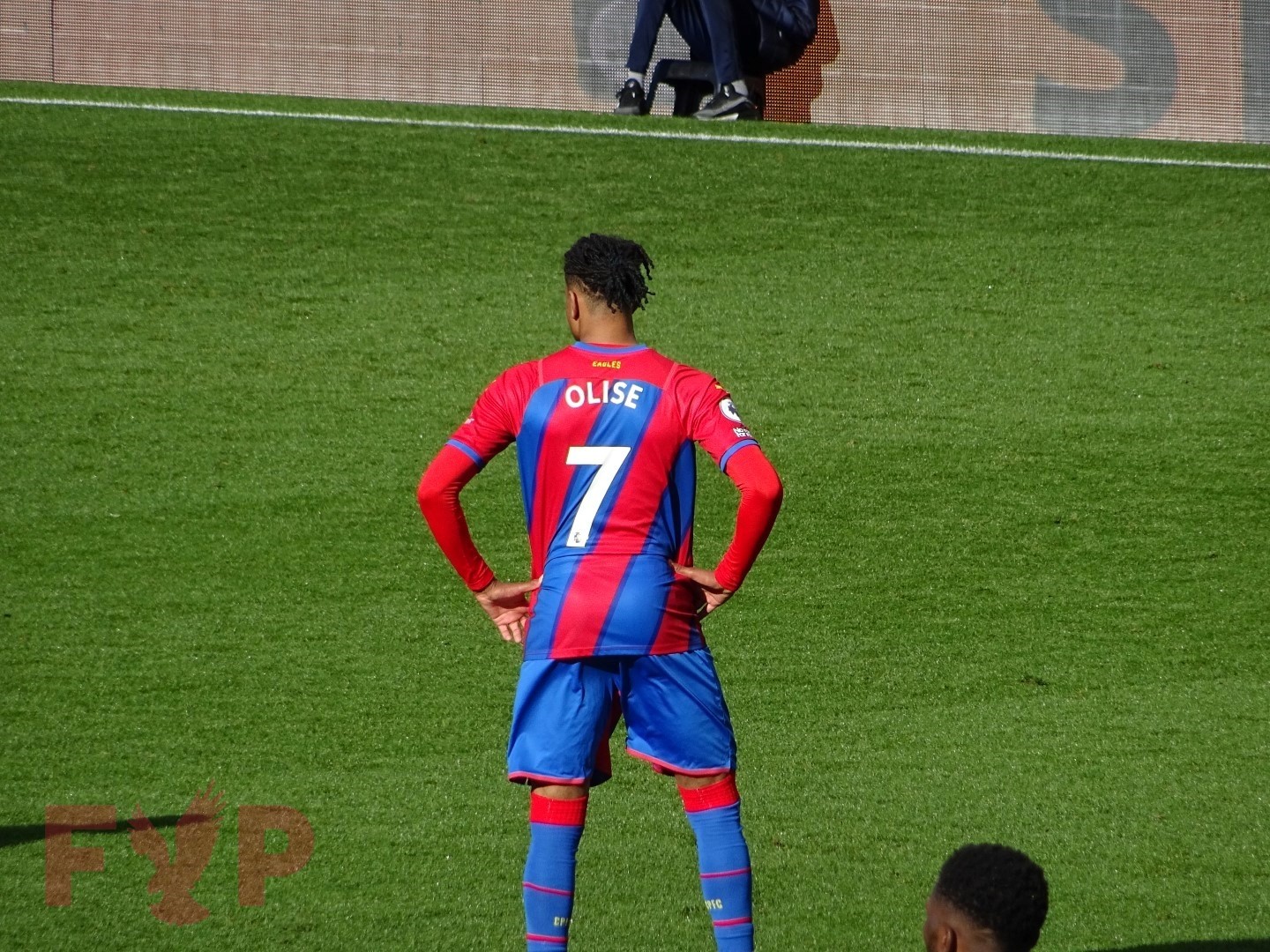 The Palace fans at Selhurst Park got a rude reminder that Joachim Andersen is human, after all. Having rapidly built a strong partnership with Marc Guéhi in defence, the pair have at least been a good match against every forward line they've faced to date.

His calm nature on the ball still feels a little alien for a "Palace defender", especially as Andersen allows an attacker to close down more before playing his pass. While this often helps drag a player further out of position, the first goal was an uncharacteristic error.

Receiving the ball from Guéhi, either Andersen needed to let the ball continue to run to open up the easy pass out to Ward, or Guéhi ought to have played the safer pass back to Guaita. Either way, the touch was poor and duly punished. In an otherwise excellent game carrying and playing the ball forward, an error leading to a goal will be what is remembered.

The second goal as a classic breakaway highlighted Jamie Vardy's composure but was an avoidable mistake from a Palace perspective. Showing a bit of panic in possession following the first goal, repeated hopeful balls forward were quickly dealt with by Leicester before the ball broke for Harvey Barnes. Unable to deal with his direct pace, Palace were immediately on the backfoot. Andersen's lunge couldn't intercept the pass to Vardy, and Vicente Guaita will be disappointed with his effort to stop the shot.

Substitutes Come to the Rescue

With Patrick Vieira turning to Michael Olise, Jeffrey Schlupp and Christian Benteke as his three substitutes showed the difference depth could make. Palace will be aggrieved even to be 2-0 down at the half-time break, but that deficit forced the manager's hand to introduce Olise early into the second half.

It's easy to forget he is younger than many of the players in the U23 side for Paddy McCarthy. Such is his maturity on the ball.

With the skill-set of a central attacking midfielder out wide, Olise was happy to drift inside with the ball as he did at Reading, but more importantly, showed intent to get into the area. The goal, which we will break down in more depth this week, was a lovely piece of anticipation not only to get open in the first place but to react on the rebound.

The second hero from the bench was the former Leicester man Jeffrey Schlupp. Schlupp's most significant weakness has always been his fitness rather than his talents on the pitch. Roy Hodgson relied on his versatility, and he had a good pre-season as a central midfield under Vieira. If anyone needed reminding of his potential value this season, his impact a minute after coming on was all he needed to do.

Competition often gets the best out of a team, and Schlupp's desire to get the equaliser showed he isn't content with a spot on the bench. 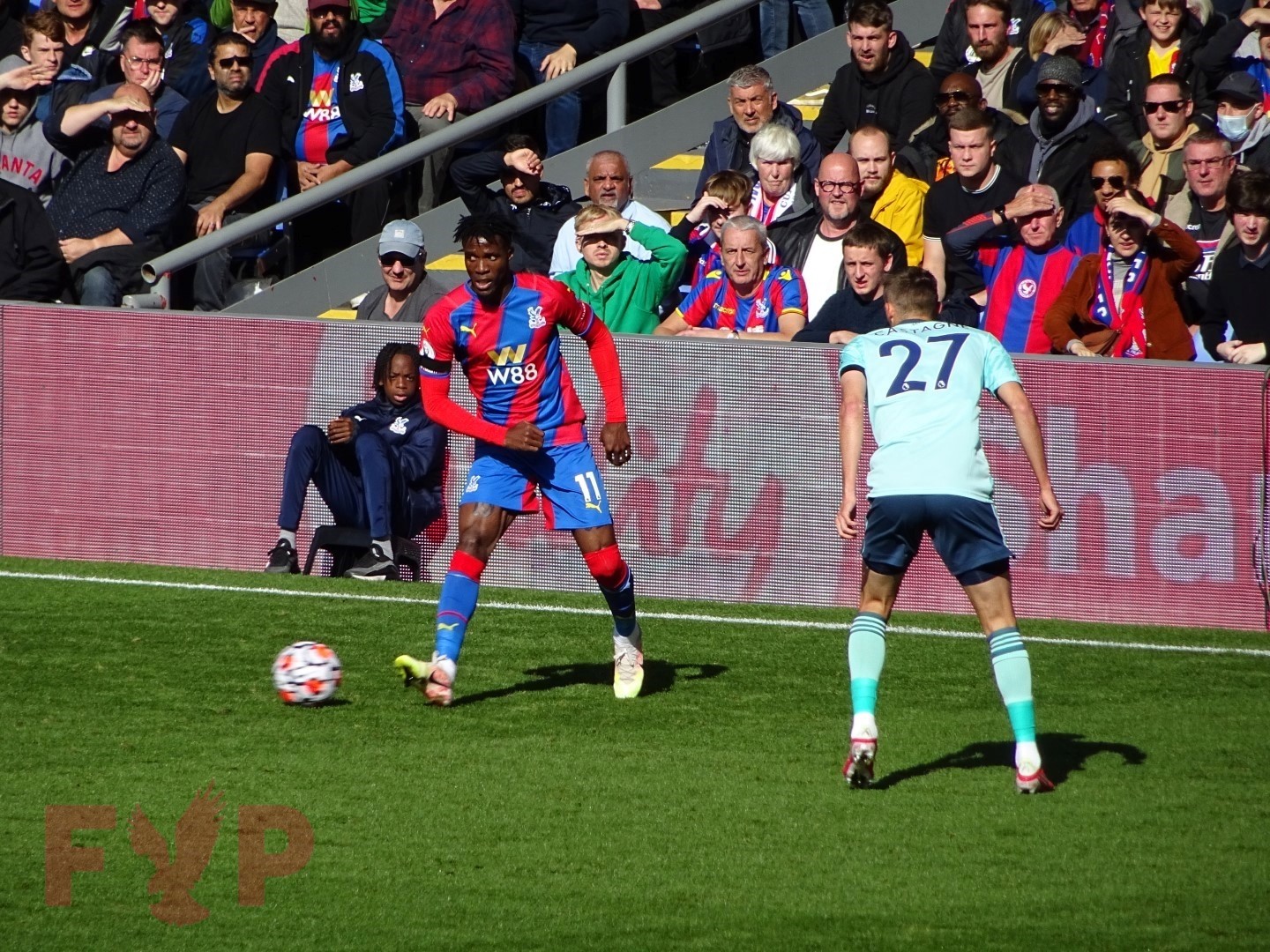 Wilfried Zaha's renaissance back on the wing in Patrick Vieira's 4-3-3 formation continued against Leicester. He still leads the league as the most fouled player, showing the league is at least consistent in their approach to try and stop his skill on the ball.

Sunday's fixture also gave fans another look at Odsonne Édouard up-front, and more importantly, the relationship he is starting to develop with the senior player to his left. As he got to display his own dribbling ability whilst cutting inside, the link-up between the two players could be an interesting dynamic in the future.

At OGC Nice, many of Patrick Vieira's forwards have had a relatively low number of touches compared to other players in attacking areas. In an attempt to rectify this, or at least to stay involved in build-up play, Édouard dropped deeper. With his turn of pace, allowing him to then get forward into the area and with the capability to carry the ball forward himself, he does draw attention away from Zaha, allowing him to get into dangerous areas in turn.

It is still early days, but as a productive player, often lacking comparable players on the ball around him, Zaha must look around the training ground now and see the difference. Eze, Olise, Édouard and Gallagher can offer more support in that department, and Mitchell is looking more threatening behind him at left-back. The days of Townsend and Zaha against the world may be a distant memory now, and the future may be more enticing for him to be a part of long-term. 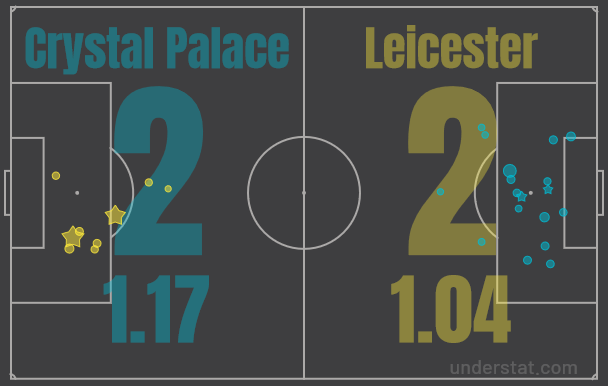 The picture painted by the numbers follows the experience of the game on this occasion. One team, dominant in possession, amassed the most shots but failed to create clear-cut chances. The other, otherwise restricted, capitalised on two errors to take the lead from good opportunities.

Whilst it is far from ideal to gift opponents chances, at least it is an area of the game Palace can cut out themselves. On the attacking side of play, generating 1.17 xG from 18 shots is poor, despite two goals on the scoresheet.

The result raises questions about how Palace can convert their periods in possession into big chances without needing to force a penalty. While ending with very different results, the Tottenham and Brighton fixtures relied on a defensive error to deliver the breakthrough by this method.

Whilst Palace may have had a lot of "penalty luck" in the two seasons that saw Luka Milivojević score 20+ penalties, it dried up dramatically in 2018-19 when the team only won three. Whether that was a subconscious overcorrection from referees or fewer players made runs into the area, it's possible Palace won't be quite as fortunate to continue winning them this season.

Olise's goal, in particular, showed excellent technical ability to react to his blocked first effort, to mount a courageous comeback followed up by Schlupp's reaction header from a distance. Despite the draw, Vieira won't want to see his team in this position often. 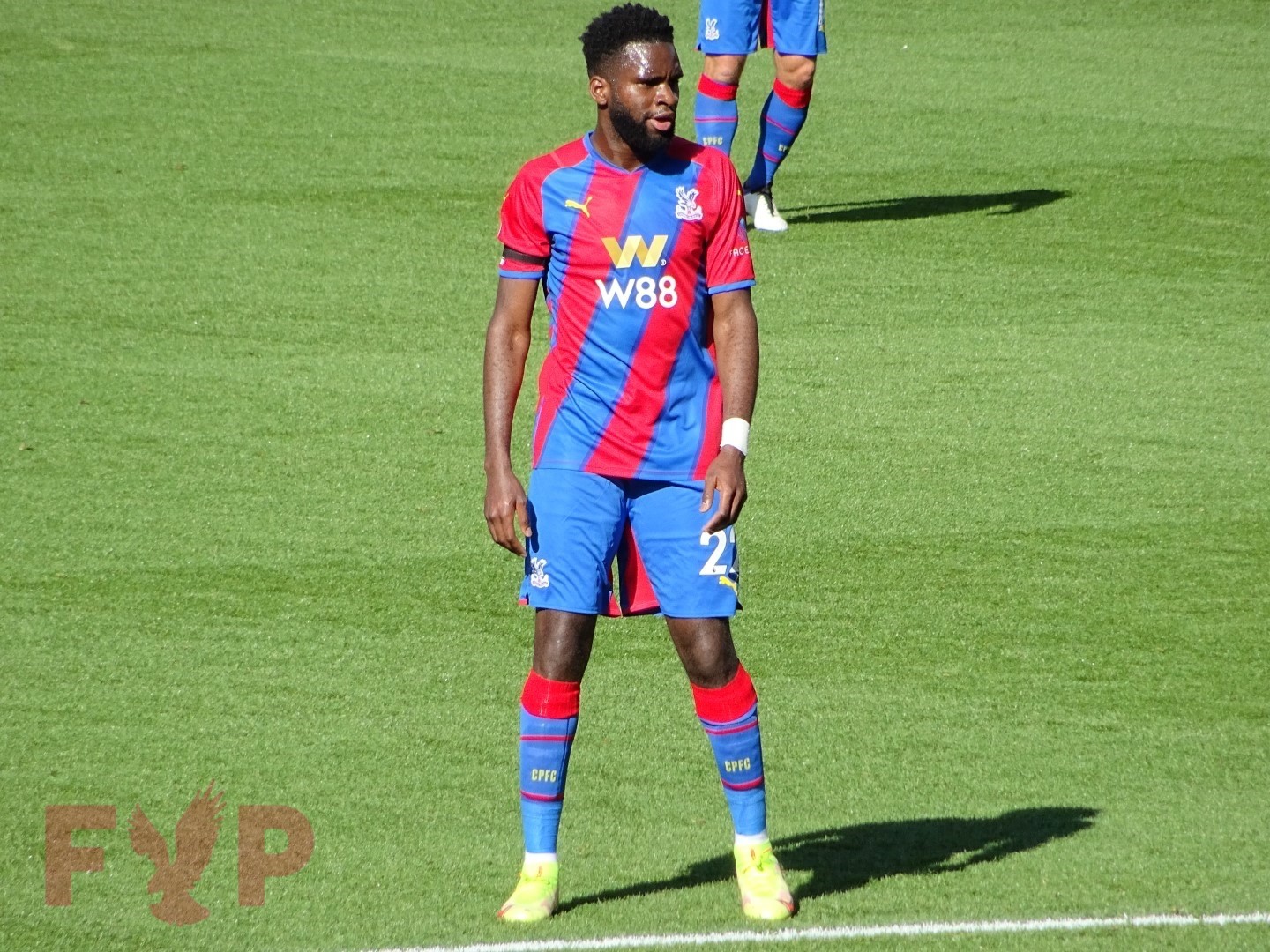 Next Up: (Another) International Break

First and foremost, the goal of the international break is for every player travelling to games to return in good condition. But jinxes aside, this extra time gives the coaching staff a chance to breathe and assess the team and performances.

The senior players in the team, such as James McArthur and Joel Ward, will have the ability to re-charge their legs. Still, given the volume of fixtures heading into the winter period, their deputies will need to see some minutes sooner rather than later.

The prolonged managerial search and heavy re-build of the squad haven't hampered Palace's chances despite being a relegation favourite of the bookmakers. Seven points from the seven fixtures may even seem ahead of schedule given the strength of fixtures on paper, but the team ought to have secured a victory from one of the last two games.

Two weeks away from fixtures also means Eberechi Eze will be two weeks closer to his return, a wildcard a lot of teams aren't fortunate to have waiting in the wings.