An uneasy feeling creeps up at Selhurst Park, fueled by statistics provided by less than onerous Twitter accounts - Wilfried Zaha is not dribbling anymore. "He's past it" and "He's lost his legs" are just a few of the phrases hanging on the lips of mournful fans as they decry the decline of perhaps the greatest Palace player in history. 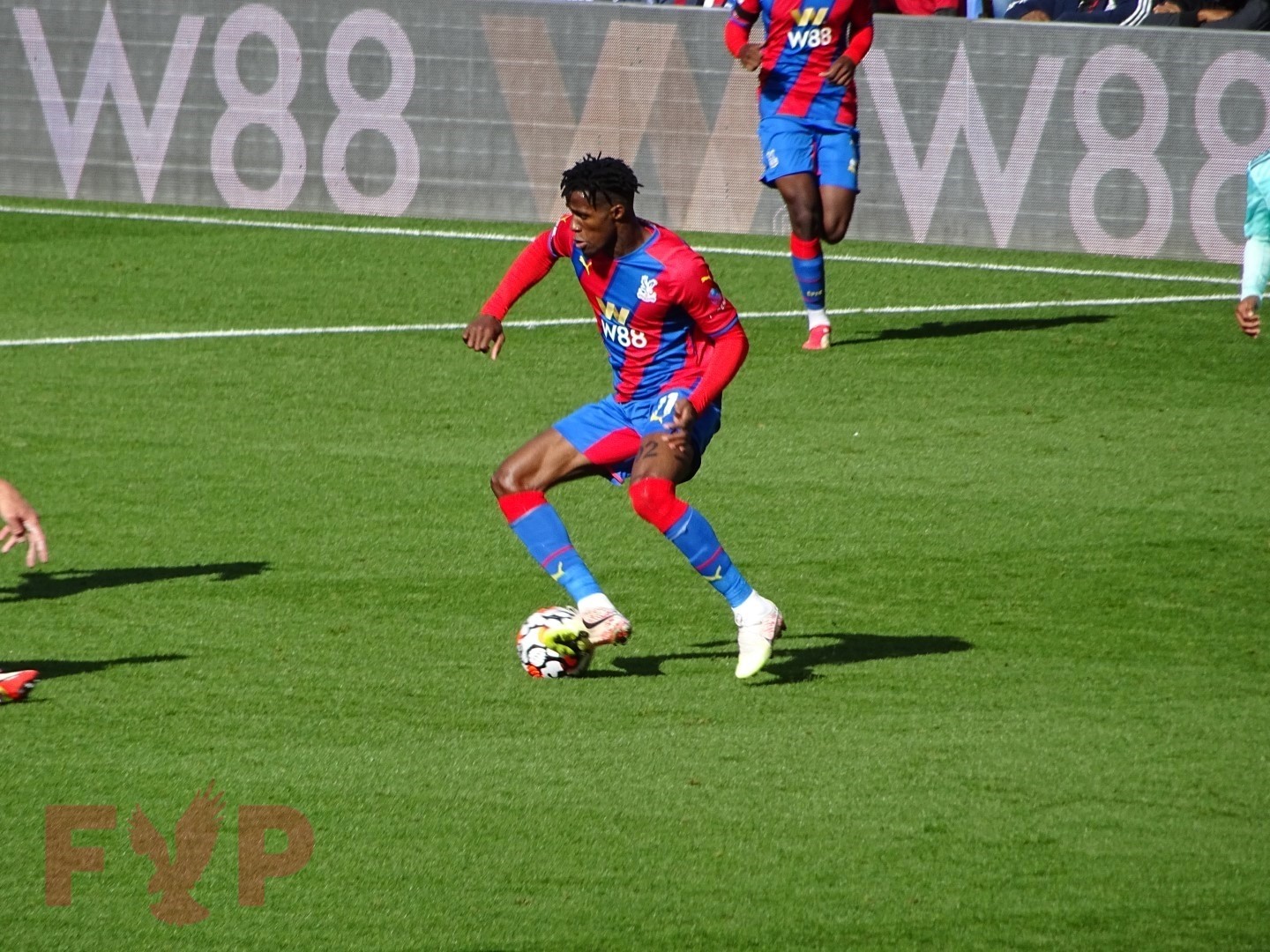 In this collaboration between FYP and Tactics Not Antics, we aim to give Palace fans some well-deserved peace of mind. While Wilfried Zaha might be dribbling less, according to fbref, he is still in the 90th percentile when it comes to dribbles attempted (4.83 per 90), 86th percentile in terms of dribbles completed (2.30 per 90), and 88th percentile when it comes to players dribbled past (2.37 per 90). In addition, he is contributing to the team's attacking output more than ever.

Cause for concern, something out of his control, or just a natural decline with age? Will he bring these numbers back up? pic.twitter.com/BZLbaMRImv

Statistics must always be put into relevant context. Otherwise, numbers can be manipulated to push specific narratives. We have looked at data from the 2017/18 season onwards and catalogued Zaha's shot- and goal-creating actions.

READ MORE: Exactly what are Shot and Goal Creating ActionS?

These metrics provide an accurate description of how much a player contributes to the attacking output of his team, as assists are often a misleading figure and ignore other contributors to shots and goals.

Looking a the team statistics from the last five seasons, Crystal Palace's SCA peaked in 2018/19 with 761 when Roy Hodgson had a comparatively younger team. Followed by a low of 530 in the subsequent season.

Last season the SCA was relatively similar to the 2019/20 season, with 546 SCA recorded. As of Gameweek 15, Palace has registered 257 SCA (17.1 SCA per game). If the current per game rate holds steady, the projected number of SCA by the end of the season will be 651. 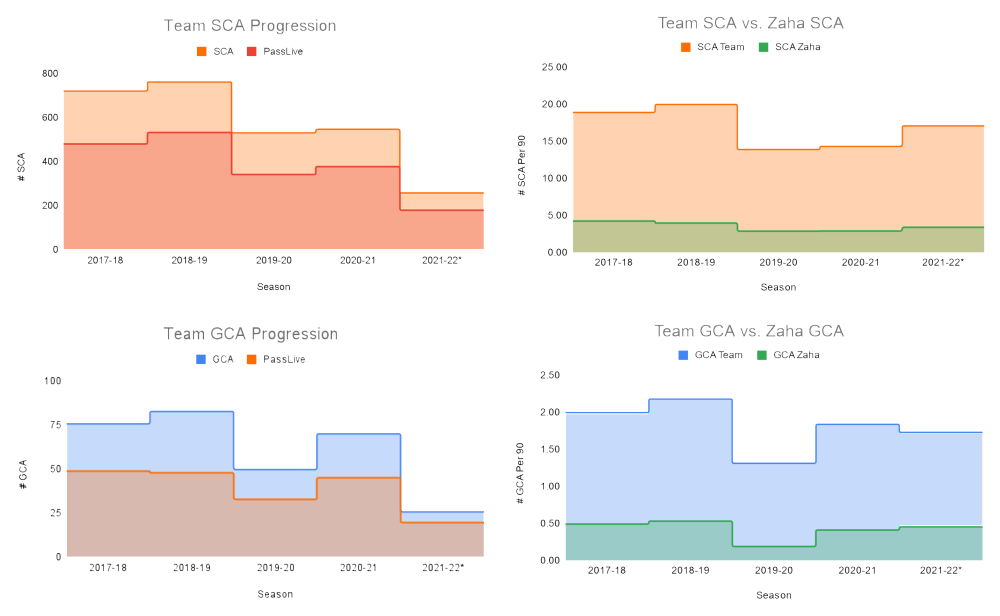 Now that we have a good idea of how our SCA has fluctuated over the years, let us have a look at the top three SCA contributors in each season.

Zaha has been the top Palace SCA contributor for the past four seasons, and he has done so without free-kick or corner duties which accounts for 26.3% of Gallagher's SCA this season (as the current team leader).

Zaha has reached half his SCA contributions compared to last year already. His per 90 SCA is higher than in the previous two seasons and close to his highest in 2018/19.

Zaha has been in the top 3 contributors in every season we have analysed in terms of GCA. This season he creates half a GCA per 90, which is a rate equal to his best GCA-creating years (2017/18, 2018/19), and is enough to place him 15th overall in the Premier League.

While these numbers show that Zaha is still a top contributor to Palace's attack, it is essential to look at how his contributions differ between years. Below find Zaha's SCA breakdown.

It is pretty clear from the table above that in this season, Zaha has significantly  increased his live pass contribution to his SCA while also reducinghis dribbling contribution. 75% of his SCA contributions have come from live passes in open play this season.

This is significant: combined with the dribbling percentiles described at the beginning of this article, we can safely assume that Zaha has switched to a more combinative style of play instead of having to carry the burden of scoring solely on his shoulders. His dribbling is now geared towards beating an opponent and passing rather than shooting.

Shots and goals are now spread across the attacking players instead of concentrating only on Zaha. This style is identical to the economics principle of diversifying your investments to minimise risk. It can only help Palace in the long run, provided the team adds some is more clinical in front of goal.

Another interesting fact is that his foul contribution to his total SCA is minimal, only 6.7%. This is surprisingly low considering that he is the most fouled player in the Premier League (44 fouls suffered, 3.1 per 90). The resulting dead balls from his fouls do not turn into SCAs due to two potential reasons:

1) he is being fouled far away from the goal, which results in the set-piece turning into a short pass or turnover or 2) the set pieces are sent into danger areas but are poor and do not create SCAs. Both points likely hold some merit, as our set-pieces (both attacking and defending) have mainly been woeful this season.

Zaha's Dribbling Demise Has Been Exaggerated

Wilfried Zaha is still a fantastic dribbler and is at the top of the Premier League charts for all the dribbling metrics.

He has added a new dimension to his play rather than being seen as a negative against him or a player decline. This allows him to get involved in a more team-oriented playstyle.

This "toolbox" expansion is beneficial for both Zaha and Palace. It allows him to reduce the burden on his shoulders and aids Palace in unlocking the potential of their other attacking players.