People may hate reading the same stats explanations repeatedly, but it is still helpful to those who want to read it.

We will continue to add to and refresh a list of our most-used advanced stats terms and ideas on one page as a reference point. Enjoy!

SCA is an advanced metric that tracks the two offensive/attacking actions that directly lead to a shot on goal.

The attacking actions can be:

It is important to note that a single player can receive credit for multiple actions, for example, if Gallagher draws a foul and creates a chance from the resulting free-kick. Moreover, the player taking the shot can also receive credit, for instance, if Zaha beats a player (dribble) on the way to taking a shot.

As an example of a SCA, a single action led to a Wilfried Zaha shot against Leicester. McArthur's through ball. 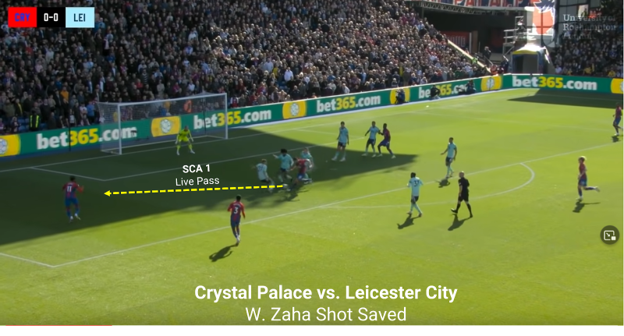 Following the same logic as a Shot-Creating Action, a Goal-Creating Action is an advanced metric that tracks the two offensive/attacking actions that leads to a goal. These follow the same criteria as the above list.

Assists have been a part of football discussion for a long time, but does it paint a fair picture of what happens? Our opinion is that assists are a slightly simplistic/outdated statistic. It overvalues a final pass to a goalscorer and ignores the rest. GCA's capture more actions, which helps to paint a fuller picture from games.

For instance, if a player is fouled for a penalty, the player may get an "assist" in FPL, but the goal has no "assist" in the official stats.

Much like with SCAs, a player can be credited with two separate actions that lead to a goal and a goalscorer can receive credit for their own action that is on the way to scoring.

As an example of GCAs, two actions led to Christian Benteke's goal against Newcastle. Gallagher's pass to Mitchell, followed by Mitchell's cross to Benteke. 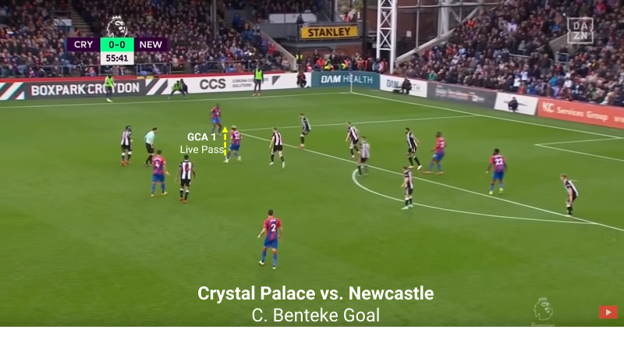 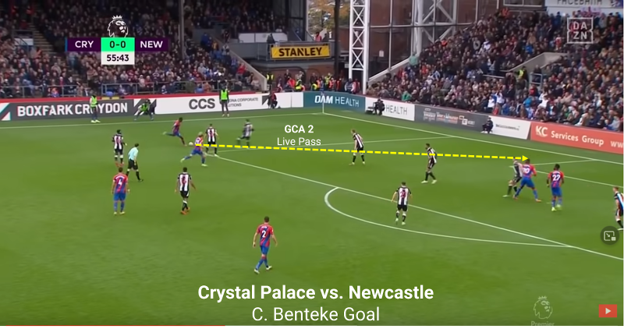