Late Goals An Issue For Crystal Palace But A Fixable One

The late defeat to Chelsea showed the two sides of Palace, a spirited display, and a late lapse of conventration. Freddie Jennings pinpoints what could be done. 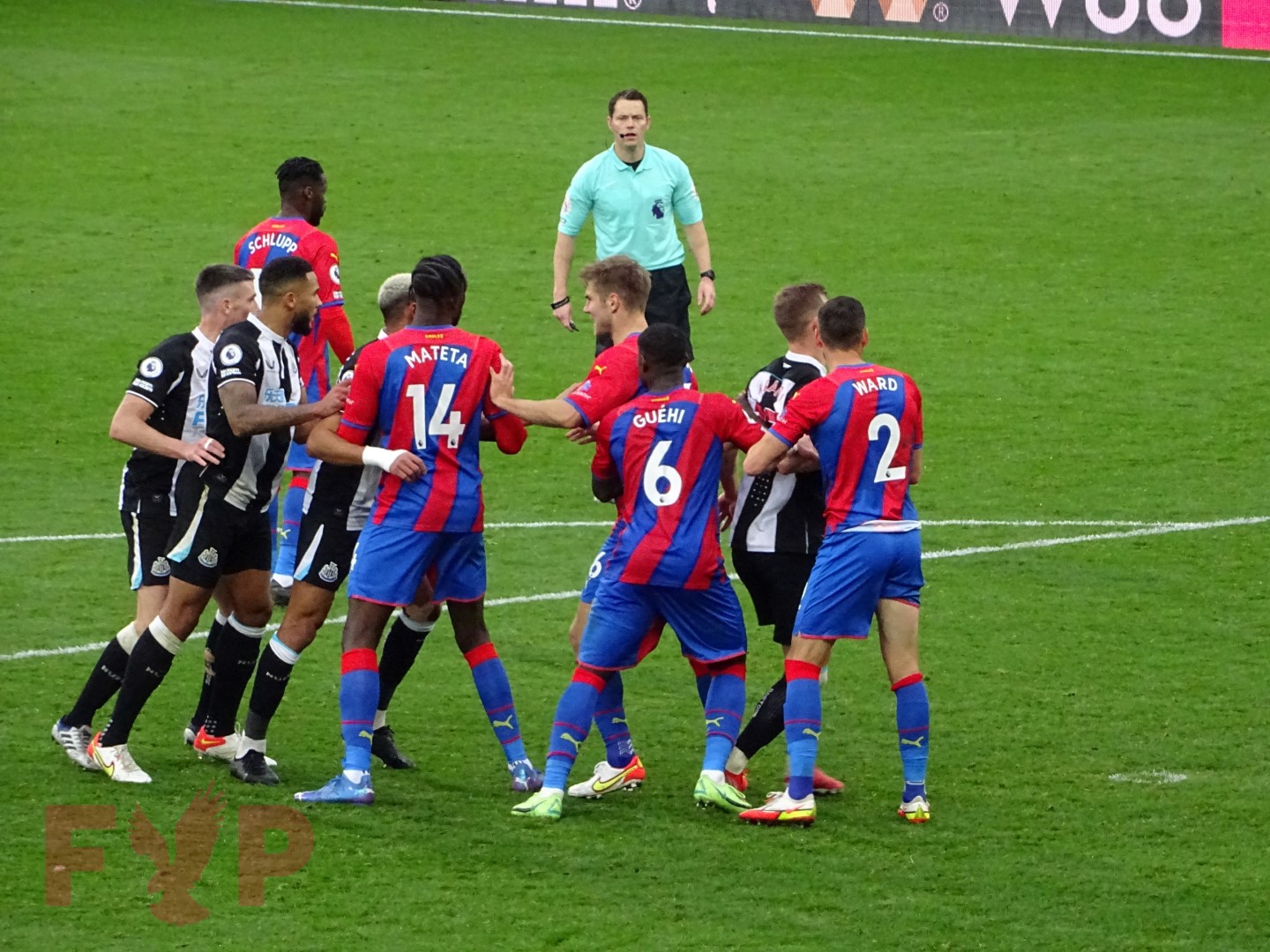 Following a spirited and hopeful Palace performance it was telling that an air of caution swept across Selhurst Park, and as we entered the 89th minute, those fears were predictably realised as Hakim Ziyech found the back of the net through Jack Butland’s legs. For all of Palace’s progressive and vibrant style of football this season, it is noteworthy that the Eagles have won just 20% of their league games so far in the 2021/22 season yet the statistics imply that this figure should be drastically higher, so why haven’t Palace been able to translate their impressive displays into victories?

Roy Hodgson garnered several critics during the latter part of his Palace career and all of said criticisms have largely been amended by new manager Patrick Vieira. Palace are now utilising more youthful, hungry players with the arrival of Michael Olise and loan signing Conor Gallagher complemented by a new centre back partnership of Joachim Anderson and Marc Guehi, in place of older outgoings with the likes of Gary Cahill, Scott Dann, James McCarthy and Andros Townsend all departing in the summer. But has this exuberant squad lost its nous and game management abilities? Palace have conceded 9 times in the final 15 minutes of matches this season but the scars run deeper seeing as this accounted for a loss of 10 points which if Palace had achieved them, would see the club in 9th place, just a point off a European position.

This issue stems from a lack of experience amongst the playing and management staff which the team will develop over a longer period of time, which all Palace fans are clearly acceptant of. Despite Hodgson’s at times painful pragmatism, Palace only dropped 6 points in the final 15 minutes of matches in the entirety of last season. This suggests that his team were drilled on how to see out results and confirm victories, whilst on the flip side having to reject a fluid style of football. Hodgson couldn’t quite find the balance amongst his ageing squad as results were largely positive (Palace had 6 more points at this time last season than they currently have) yet the team rarely caught the eye with a dull defensive outlook to matches. Palace’s new French manager has altered this style into an attacking brand of football with a vibrant and exciting crop of young players that at the same time cannot seem to convert their control of matches into results which, Hodgson was able to ultimately accomplish with an overall weaker squad.

The job that Vieira has executed should not be underestimated however. Anticipation levels have not been this long for quite some time at SE25 as fans can see that this group has the potential to become one of Palace’s most successful sides, with dreams of Wembley at the forefront of the supporters’ minds. But the progression of this entertaining side has been tainted by an apparent inability to see out games and shut out the opposition at key times. It should be emphasised that the new manager himself is still in his first campaign as a Premier League manager and there remains copious amounts to learn with other areas of improvement including timing and utilisation of substitutions, for example, why did James Tomkins come on with only 4 minutes left of normal time against Arsenal at the Emirates in a move which just invited pressure and why did our main threat on the night Michael Olise come off for Jordon Ayew at Carrow Road?

These are issues no doubt, but the time to make mistakes is now for this juvenile squad and manager that must now learn from the failings of the past in order to inform a better foreseeable future. By developing a more robust approach to the closing stages of matches, Palace fans can finally stop uttering the 2021/22 seasons endearing sentence, “I thought we played well today, we should have got something from that one”. The mere mention of this type of sentence akin to this sort of terminology brings memories of Neal Maupay’s 95th minute equaliser flooding back or Alexandre Lacazette’s late leveller stripping us of three points at the Emirates. Converting these negative memories into positive ones is essential to changing the team’s fortunes around and further endearing Vieira to an already appreciative fanbase that has recognised his efforts, but it has become glaringly obvious that this is the final piece of the puzzle.

Our recent match against Chelsea was another example of the last 15 minute curse which has been plaguing our season so far with the West Londoners undeservedly taking home all three points. Although most supporters are sick to death of hearing this laborious phrase, it must be highlighted that it couldn’t be more truthful of the team’s fortunes. Despite the damning statistics the optimistic outlook of Palace fans is fully justified as the team are much better to watch with a much more appealing set of lively players that have a prosperous future ahead of them.

The Palace fanbase can afford to look forward to what is to come with a FA Cup 5th round match at home to Stoke to anticipate in early March, with the Wembley dream still firmly alive. Let’s just hope we’re comfortably winning before the final 15 minutes.